FORT WORTH / DALLAS, TEXAS – (August 5, 2019) – NBC 5 / KXAS and Telemundo 39 / KXTX announced the continuation of its annual pet adoption drive Clear the Shelters™. Along with other NBC and Telemundo stations across the country, Clear the Shelters includes 69 local animal shelters and rescues from Dallas-Fort Worth. On Aug. 17, the participating animal shelters and rescues offer waived pet adoption fees to help families adopt a new pet. (Other fees may apply in some shelters.)

“We’re pleased to see our original goal of alleviating overcrowding at local shelters has had such a great impact on our community,” said Tom Ehlmann, NBC 5 and Telemundo 39 President and General Manager. “Now in its fifth year, nationwide, we’ve been able to witness this campaign grow and truly make a difference.”

During Clear the Shelters, on August 17, NBC 5 anchors Brian Curtis and Laura Harris will host a live one-hour special at 9:30 a.m. on NBC 5. Telemundo 39’s Norma Garcia, Enrique Teutelo, and Carlos Zapata will host a one-hour special in Spanish language on Telemundo 39 at 10 a.m. The stations’ coverage will document this special day, including the community’s efforts, to help inspire families to adopt homeless pets. NBC 5 and Telemundo 39 will continue to offer live-streaming video of the day’s events online at NBCDFW.com and Telemundo39.com.

Save A Life, Clear The Shelters

“It never ceases to amaze me to see so many people come out on this one day a year to adopt a new pet from a local animal shelter,” said Corey Price, Animal Services Manager for the City of Irving. “With so many animals in our shelters, we are grateful for the support of NBC 5 and Telemundo 39 for helping them find new homes.”

North Texans can get involved through the NBC 5 and Telemundo 39 Clear the Shelters social media campaign. Send a photo and quick blurb about your pet to NBC 5 at iSee@nbcdfw.com and Telemundo 39 at telemundo39@telemundo.com.

This year, 98.7 KLUV joins as an official local sponsor of Clear the Shelters in North Texas.

Pet Adoption Is Rewarding On Many Levels

NBC 5 extends its support for shelters and rescue organizations throughout the year. Sundays at 8:00 am they host a weekly Clear the Shelters segment to continue helping save lives by bringing about community awareness and providing another avenue to share stories of available pets at participating animal shelters. 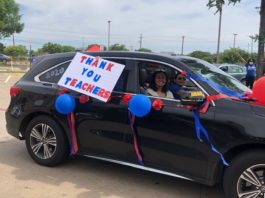 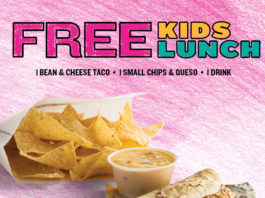