DESOTO—The country’s veterans are a major concern for the City of DeSoto all year long. To that end, officials are moving beyond the obligatory veterans appreciation events around Veterans and Memorial Day holidays.

According to DeSoto Public Relations Manager Kathy Jones, the city council decided to expand the outreach to veterans in 2018. They appointed a formal Veterans Affairs Committee.

“One of the charges given to the Veterans Affairs Committee is to be an information conduit that could connect veterans with the services, opportunities and benefits available for them. These are things they are entitled to resulting from their service to our country,” Jones explains. “The first project for this new Veterans Affairs Committee is to coordinate the Veterans Town Hall and Benefits Fair.”

“We are encouraging all Veterans and their families to attend the event,” said Jones. “[They will] hear from a panel of experts regarding mental health issues that face veterans. We are making a big push with the Benefits Fair to encourage veterans to register for their benefits.”

There will also be several organizations on hand to provide information about various services beyond the Veterans Affairs Medical Center. Chief among them are counseling for PTSD, MST, domestic violence, marriage and suicide prevention.

“Many veterans, like me, do not even go to the Veterans Hospital,” said retired Master Sergeant Bob Allwardt. “The waiting time is too long. And medication can be more expensive there.” After 28 years in the U.S. Army and Texas Air National Guard, Allwartdt served his community as a local Criminal and Cold Case Investigator for Dallas and Ellis County law enforcement agencies.

Stephen Holt, MD, Director, VA North Texas Health Care System said this is not the intention. Furthermore, town hall/fairs like the one in DeSoto can bring local veterans closer to the kind of services they deserve.

“Our team boasts approximately 6,000 employees and 1,400 community volunteers with an annual operating budget of $1.3 billion,” said Holt. “We strive to provide the right type of care for best possible health outcomes with attention to needs and life goals of Veterans.”

Allwardt says too many veterans are choosing to take their lives. A recent Veterans Affairs (VA) report said that there was an average of 20 veteran suicides each day.

Earlier this month, President Trump signed an executive order titled, “National Initiative to Empower Veterans and End Veterans Suicide.” This order instructs the VA to launch a task force to create a plan to reduce veteran suicide rates. Including, but not limited to, establishing community grants and developing a veteran suicide research program to address the problem.

Over the course of three decades, Allwardt served as a combat medic and radiology and nuclear medicine technician in the army. He was then transferred to the Texas Air National Guard where he focused on combat security policing. Allwardt cites prolonged exposure to warfare and Post Traumatic Stress Disorder as just two of the many reasons suicide is so prevalent within the veteran community.

The VA recently opened a third crisis call center and collaborated with a nonprofit to launch a suicide prevention training program.

“It greatly bothers me and my staff that some veterans are choosing to end their lives,” Holt said. “A full 16 of the 20 veterans who take this route each day have never sought help from VA. Our incredibly focused mental health programs are saving many lives each day by engaging with those in need. They are providing lifelines and options for better, healthier lives. We can help and change the lives of the veterans we know to be in need. Thus, the need for community partnerships to extend a hand, not just those who walk through the entrance of a VA.”

“Although we actively provide care to some 134,000 North Texas Veterans, there are nearly 300,000 veterans in our catchment area who are not enrolled and taking advantage of possible VA medical benefits and coverage’s earned during their selfless service in time of peace and war, Holt adds. “By bringing VA to the cities, town halls, fairs, major employers, colleges and locales where our Veterans live, work, learn and play, we are better able to reach out and touch those men and women who might not otherwise come to us and explore their earned benefits.”

VA North Texas Health Care System covers 38 counties in Texas and two in southern Oklahoma. Accredited by The Joint Commission, this 1A complexity level facility is the second largest VA health care system in the country. Headquartered in Dallas, other facilities are in Bonham, Fort Worth, Tyler and Plano as well as five community-based outpatient clinics. 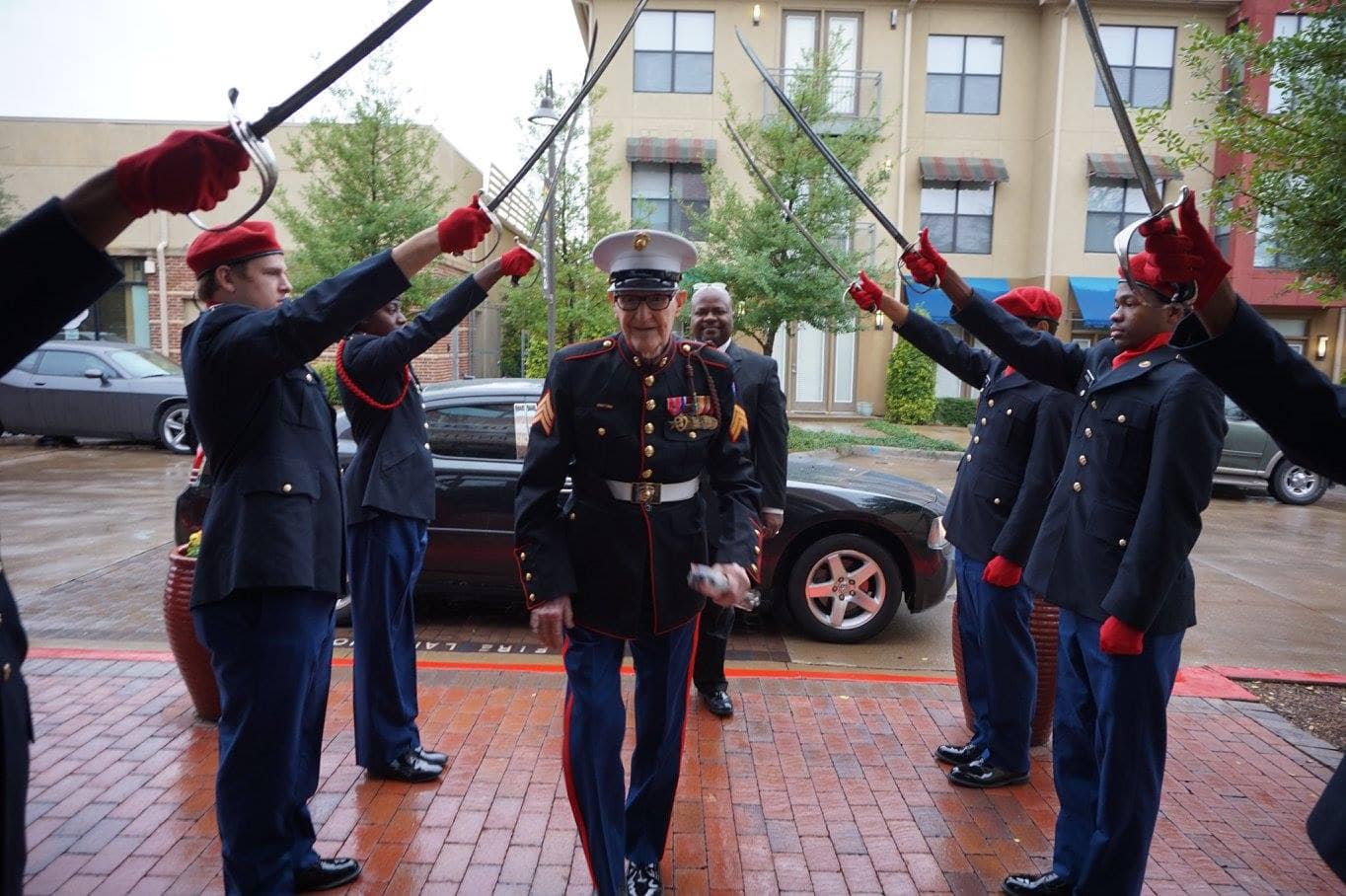