On Friday, August 21st 2020 at approximately 5:49PM Owasso Police received a call reporting the armed robbery of a UPS driver that was delivering packages at a residence near 11900 E 99 St N, Owasso, Oklahoma.

The caller reported the robbers as two black males, one of which had a handgun, and after taking several packages from the driver, fled in a Gray Audi SUV bearing a Texas license plate.

Officers from all directions around Owasso converged on the area. While multiple officers made contact with the victim, another officer canvassing for the suspects found the suspect vehicle speeding south bound on US169 near 86th St N. The officer attempted to stop the Audi and a brief slow-speed pursuit ensued until the suspect vehicle slowly exited 76th St N from US 169, made its way west and pulled into a Waffle House parking lot located at 7600 N Owasso Expressway.

Two suspects were taken into custody that were later positively identified by the victim as the suspects that robbed him. Officers found multiple packages inside the SUV containing approximately $60,000 worth of electronic devices, as well as a loaded firearm, and other items associated with fraud crimes, such as blank numbered checks. A second loaded handgun was located near 7700 Southbound US US169 where one of the occupants pitched the gun out of the suspect vehicle during the pursuit. Arrestees were later transported to the Tulsa County Jail.

Suspects taken into custody are:

27yo Marcus Layvon Jackson II of Desoto, Texas
Charges: Armed Robbery
Conspiracy to Commit Felony
Destroying (or Attempt to Destroy) Evidence
Possession of a Firearm (After Former Conviction of a Felony)
Possession of Narcotics 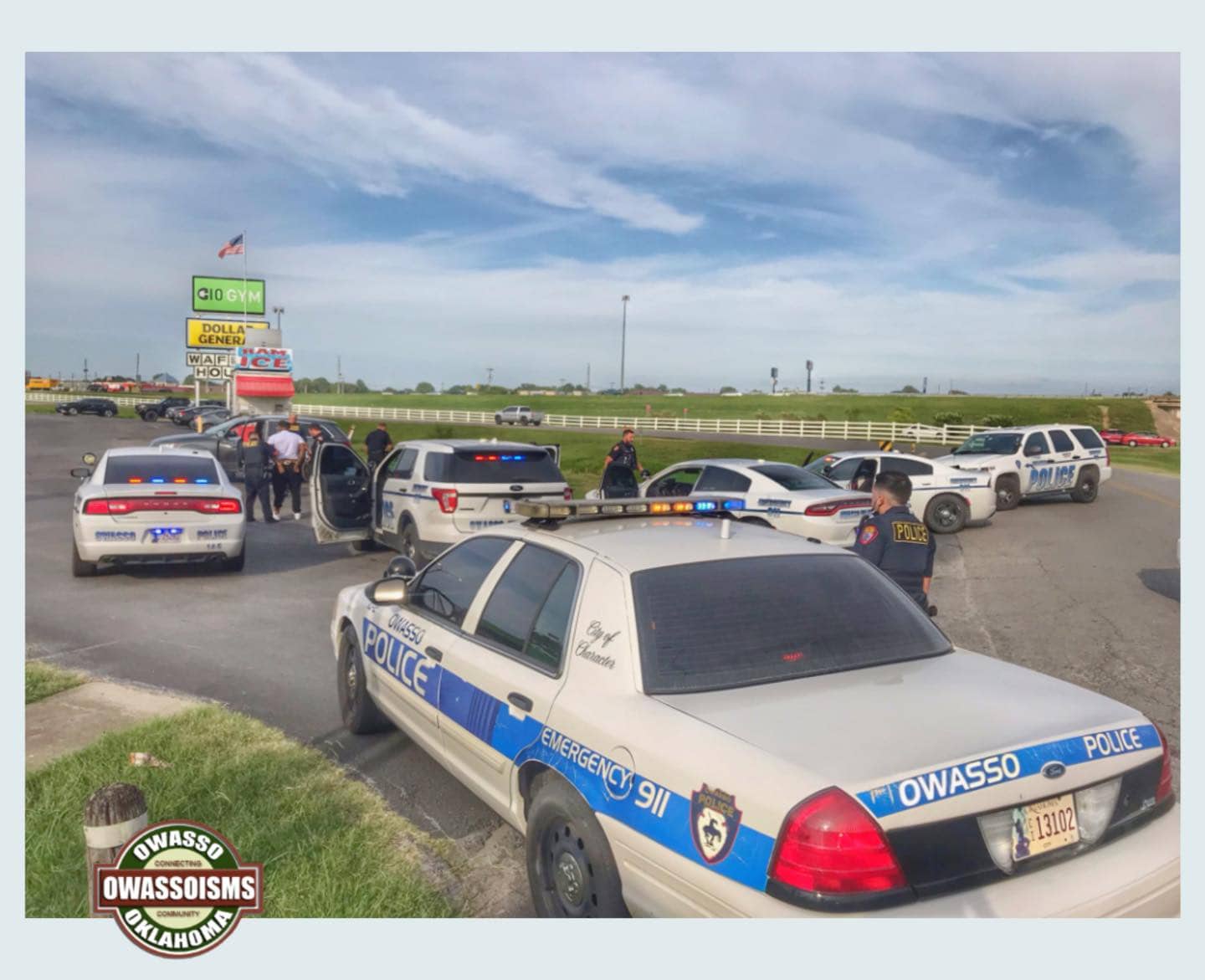