AUSTIN—Carl O. Sherman Jr., Board of Trustees President from DeSoto ISD joined 34 other school board members from across Texas September 27-29 at the kickoff session of the Leadership TASB class of 2019.

Selected by the Texas Association of School Boards (TASB), the group is participating in a yearlong education leadership study program. These trustees represent school districts of all sizes, with student populations of 114 to 215,408, and reflect a similar range of property wealth.

Participants who complete all required elements of the study will graduate next year by earning Master Trustee status. This is the highest designation recognized by TASB. 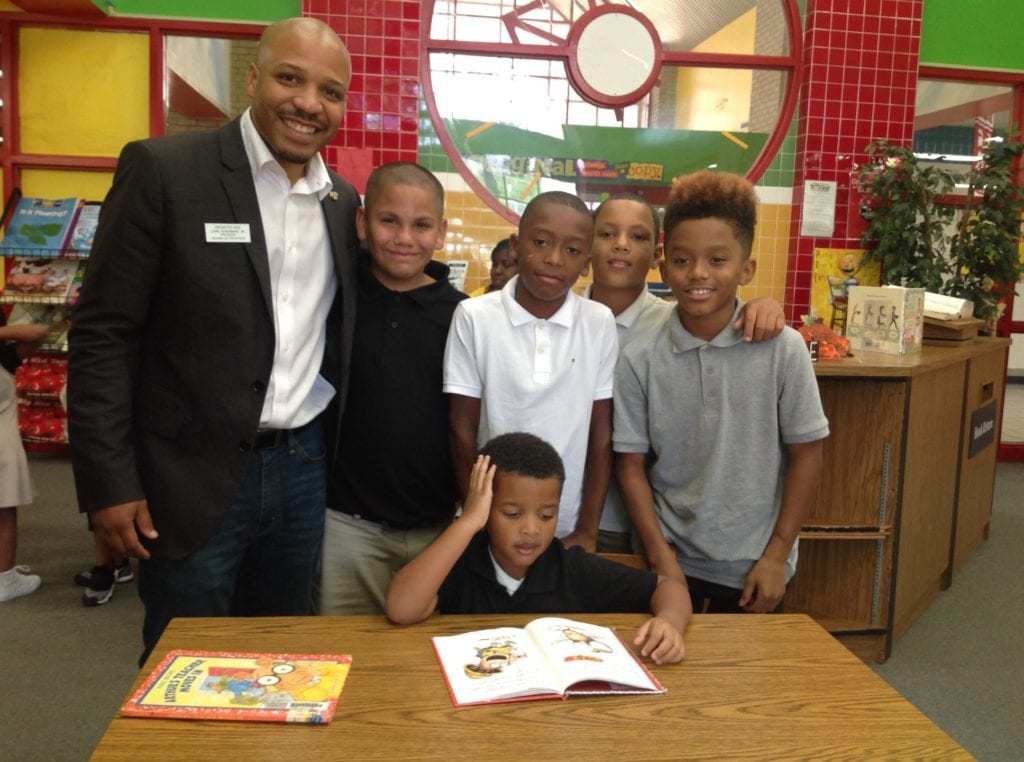 Meeting in conjunction with the Texas Association of School Administrators/TASB Convention in Austin, the trustees heard featured speaker Peter DeLisle. A recognized authority on leadership training, DeLisle focused on characteristics of effective leadership and team building. The second featured speaker was Debra Fine, a nationally known motivational speaker and author of The Fine Art of Small Talk. Board members also received training at Convention sessions and attended the TASB Delegate Assembly, the Association’s annual business meeting.

Other Leadership TASB sessions are scheduled for Amarillo, November 15-17; Harlingen, February 21-23; Tyler, April 11-13; and Fort Worth, June 20-22. Each session has a unique theme that builds on the previous session and features nationally recognized experts in the fields of leadership development and education. Teams also work throughout the year on extended learning assignments between meetings. Created in 1993, Leadership TASB has more than 800 graduates to date.

TASB is a voluntary, nonprofit association established in 1949 to serve local Texas school boards. School board members are the largest group of publicly elected officials in the state. The districts they represent serve more than 5.5 million public school students.