DESOTO—Monday night district administrators and trustees had to take a hard look at the financial status of the district. During a regularly scheduled meeting of the DeSoto ISD Board of Trustees, the future of the district’s coffers were evaluated.

“We are at a place where we need to make these things transparent. We are not taking this moment lightly at all,” said Superintendent D’Andre Weaver as department heads began to deliver district assessments.

Currently the district is facing a budget deficit. However, despite salacious headlines and click bait by area news outlets, district leaders have developed a budget reduction plan to not only address this year’s budget deficit but to rebuild the fund balance for the subsequent school year.

There are a number of recommendations in the works that include: slightly raising class sizes, a reduction in central office department budgets, retooling some positions and district programs and finally closing a campus with low enrollment.

“In the last five months I have spent a lot of time with our CFO and other members of our leadership team trying to find out where we are financially, uncovering things that we need to address, and if I can be honest with you I am not happy about our current situation,” said Weaver. “I am not the things that we found out and the measures we have to take to fix them.”

The district must now make economies says Interim Assistant Superintendent of Operations and Finance Deborah Cabrera. With only necessities being met, the district needs $6 million per month to operate in an ‘austere’ fashion. Early estimates say the cutbacks may be in place for a couple years until the district regains its financial footing.

District Adherence to State Staffing Guidelines
-DeSoto ISD will adjust its classroom ratios to align with state standards or slightly above at all levels. Current standards are well below the state recommended ratios.

A reduction to all central office departmental budgets
-DeSoto ISD will be required to operate more conservatively during this time of adjustment. The reduction to central office budgets allows the district to protect funding that supports academic instruction and programming.

Closing or restructuring some positions and district programs
-Under the recent academic audit of the DeSoto ISD, the district received recommendations regarding the district’s academic programs and offerings. The restructuring of some programs aligns with the audit’s recommendation which will include sunsetting some programs. This will allow for future revivals under more sound and research-based implementation and curriculum design standards.

-Regarding restructuring positions, DeSoto ISD will evaluate non-instructional positions to evaluate where additional responsibilities can be assumed by existing personnel and reassign funding sources for certain positions.

Re-imagining a campus
-As DeSoto ISD embarks on strategic planning efforts in the coming months, this presents an opportunity to understand the academic and instructional needs and desires of the community to inform the future reimagining of a campus for scholars and families. These actions yield more than $20 million in district funding that will address this year’s budget deficit and help to rebuild the 2019-2020 fund balance.

While concerning, this plan provides an opportunity for the DeSoto ISD and its community to reposition itself to build an all-around healthier school community based on a stronger financial footing.

How Did We Get Here?

Despite recent reports of former administrators misusing district credit cards the root of the financial problem extends deeper than luxury accommodations or first class flights. The true origin story dates back to 2015 when a bond was approved by DeSoto residents.

“Numbers do tell a story but they don’t have any emotion with them,” said Cabrera. The Interim CFO boasts more than 30 years of experience in school finance. Her resume includes serving as interim CFO for Garland ISD and Dallas County Schools.

In September 2015, the DeSoto ISD community passed the proposed Tax Ratification Election. While the TRE produced $4.6 million more revenue for the General Operating Fund, only $1.6 million was available to spend. The remaining $3 million should have been allocated to the Debt Service Fund to pay the principal and interest due each year since 2016. However, previous district administrators did not properly manage district finances and this allocation never occurred.

When the August 2018 payment was due, former administrators used $8.4 million of the General Operating Fund to make the debt payment since the monies were not available in the Debt Service Fund.

According to district officials these shortfalls where due to mismanagement and not misappropriation. Cabrera says the lack of budgetary monitoring and internal controls are the real culprits in this case. 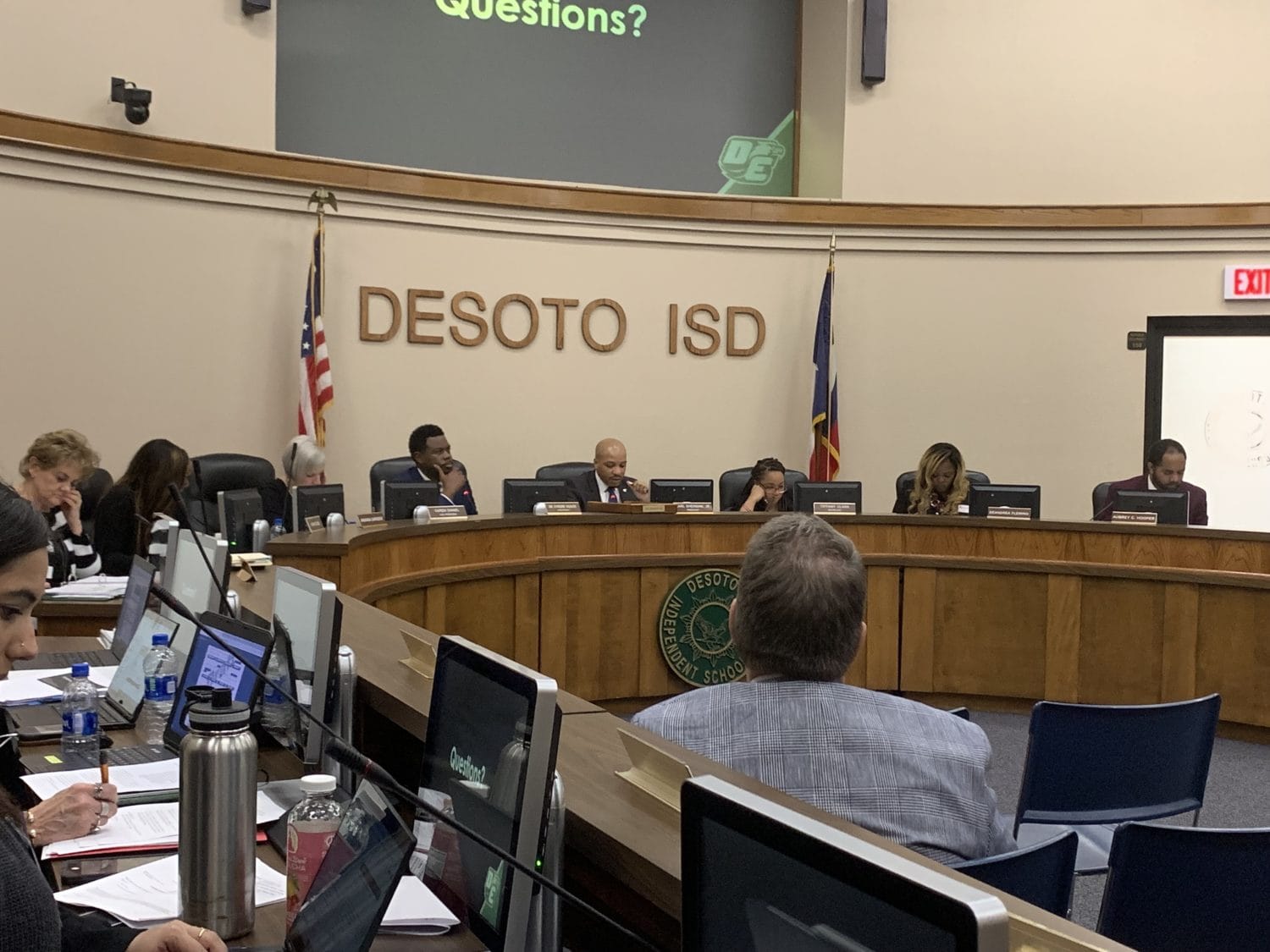