DESOTO—It has been an eventful two days at DeSoto High School for students and administrators. Early Wednesday afternoon, a student injured herself by jumping from a bridge leading to the newly added career facilities. While some student witnesses are calling it an apparent suicide attempt, Principal Shon Joseph described the incident as an attempt at self harm.

“We care deeply for each student in our school community and want to ensure that we are doing everything that we can to address the social and emotional needs of our students. Teens are often in the process of understanding themselves and the world around them and may experience feelings and emotions that are beyond their ability to resolve or comprehend,” he said in a letter sent home to parents Wednesday.

Due to the student’s age, identification, mitigating factors, etc are being withheld. The student was transported to a nearby hospital for assistance and sustained minimal injury. No weapons were involved and this was an isolated incident involving one student.

Joseph did note that an emotional wellness meeting will be held on campus next week to assist students coping with stress during these difficult times.

“We are aware that some students may have concerns or feelings related to having witnessed this incident. DeSoto ISD will have counselors onsite throughout the remainder of the week to help students work through any of their concerns as related to this matter.”

There were incidents of online bullying surrounding this incident. According, to reports some students took pictures of the victim as she was awaiting medical assistance and memes have been circulating on social media in poor taste.

“DeSoto ISD has a zero tolerance stance on bullying and takes concerns related to suicide and social-emotional well-being seriously,” said Joseph. “As a teaching and administrative staff, we take these concerns seriously and want to ensure we are maintaining an atmosphere of safety, inclusion and belongingness.”

Additionally, the district has a bullying reporting tool located on the DeSoto ISD Smartphone application. Parents and students can also click on the “Stay Alert” button on the bottom of www.desotoisd.org to report such concerns.

According to reports there was an online threat levied against the high school Thursday morning via Twitter. District administrators note they were able to quickly identify the alleged person who issued the online threat.

“We spoke to the kid who administrators thought may be behind this and he was actually very forthcoming. The responding officers spoke with him and his parents,” said DeSoto Police Spokesperson Sgt. David Williams. “He let us look through his phone, and he did not even have twitter downloaded on his phone.”

And the person that actually sent the threat set this student to take the blame.

“The account was bogus, as a matter of fact it had little to no prior activity before today. They just happened to use this kid’s likeness and name.”

Apparently during testing time there is an uptake in the number of fake threats against the school and/or students. Furthermore, today’s events are in no way related to Wednesday’s incident.

“This week is school testing so we get quite a few of these things from bogus accounts,” said Williams. “We are obviously are keeping our eyes and ears open with security and School Resource Officers at the school.”

This morning, heightened security measures were in place to proactively address any concerns related to this matter. In addition, no weapons were located and no immediate presence of a threat was ever apparent. However, as an added precaution following today’s events, there will be increased security visibility at DHS.

“It seems to happen every testing cycle,” said Williams.” And we have to take it seriously. You can’t just blow off things like that.”

“We are committed to ensuring that our campuses are safe,” said district officials in a written statement.”As a result, we regularly review our lockdown and lockout procedures and continually work to improve our response to security concerns. We have implemented regular and periodic lockdown/lockout drills to ensure students and staff are prepared in the event of an emergency.”

Finally, students and staff are reminded that if you see something, say something. 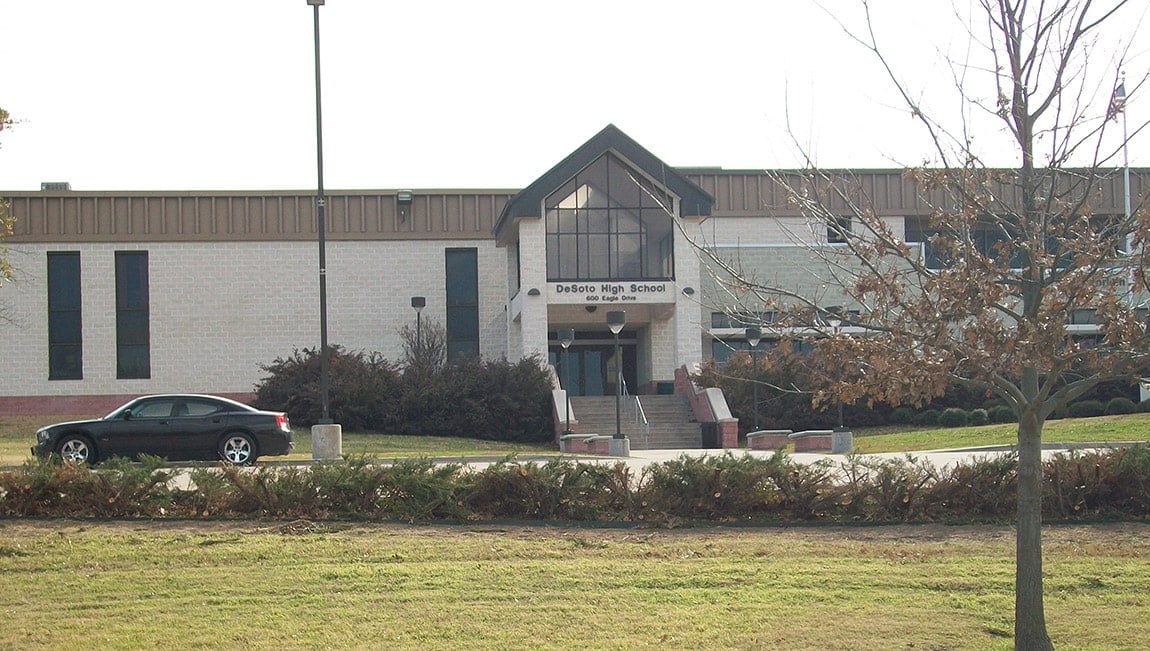