Peter Marks of the Washington Post called the musical, “One of the most remarkable shows in musical theater history. “Dear Evan Hansen” opened to rave reviews at the Music Box Theatre December 4, 2016. It has broken all box office records since then, striking a chord with audiences and critics alike.

New York Times critic Jesse Green declared the show “more and more ingenious with each viewing. It is more hopeful than ever.” The Broadway production recently celebrated its two-year anniversary with a special donation to the Smithsonian. The show’s iconic blue polo and arm cast will now be part of the permanent collection of the National Museum of American History in Washington, DC.

A record-breaking national tour launched in October 2018, now playing across North America. Single tickets for the Dallas premiere of “Dear Evan Hansen” are on sale now. Tickets will sell quickly, available at DallasSummerMusicals.org or by phone at 800-982- 2787. You can also purchase them in person at the Music Hall at Fair Park Box Office Monday through Friday from 10 a.m. to 6 p.m. and Saturday from 10 a.m. to 4 p.m.

In February 2017, Atlantic Records released the Grammy Award-winning Original Broadway Cast Recording of Dear Evan Hansen. Making an extraordinary debut on the Billboard 200 and entering the chart at #8 (the highest charting debut position for an original cast album since 1961) the album went on to win the 2018 Grammy Award for Best Musical Theatre Album. A deluxe version of the cast recording, including six bonus tracks and a pop cover from Katy Perry of “Waving through a Window” is now available digitally.

A special edition coffee table book authored by Levenson, Pasek and Paul, Dear Evan Hansen: through the window (Grand Central Publishing / Melcher) is now available, offering an in-depth, all-access look at the musical, including never-before-seen production photos and cast portraits, behind-the-scenes stories, and a fully annotated script by the authors.

The musical has won numerous other awards on top of its six Tony Awards and Grammy Award. These include the 2017 Drama League Award for Outstanding Musical Production, plus awards for the off-Broadway production. “Dear Evan Hansen” is also the winner of the Broadway.com Audience Choice Awards three years running. It was recently proclaimed the Best Long-Running Show and the Best Touring Production in the 2019 Broadway.com Audience Choice Awards. 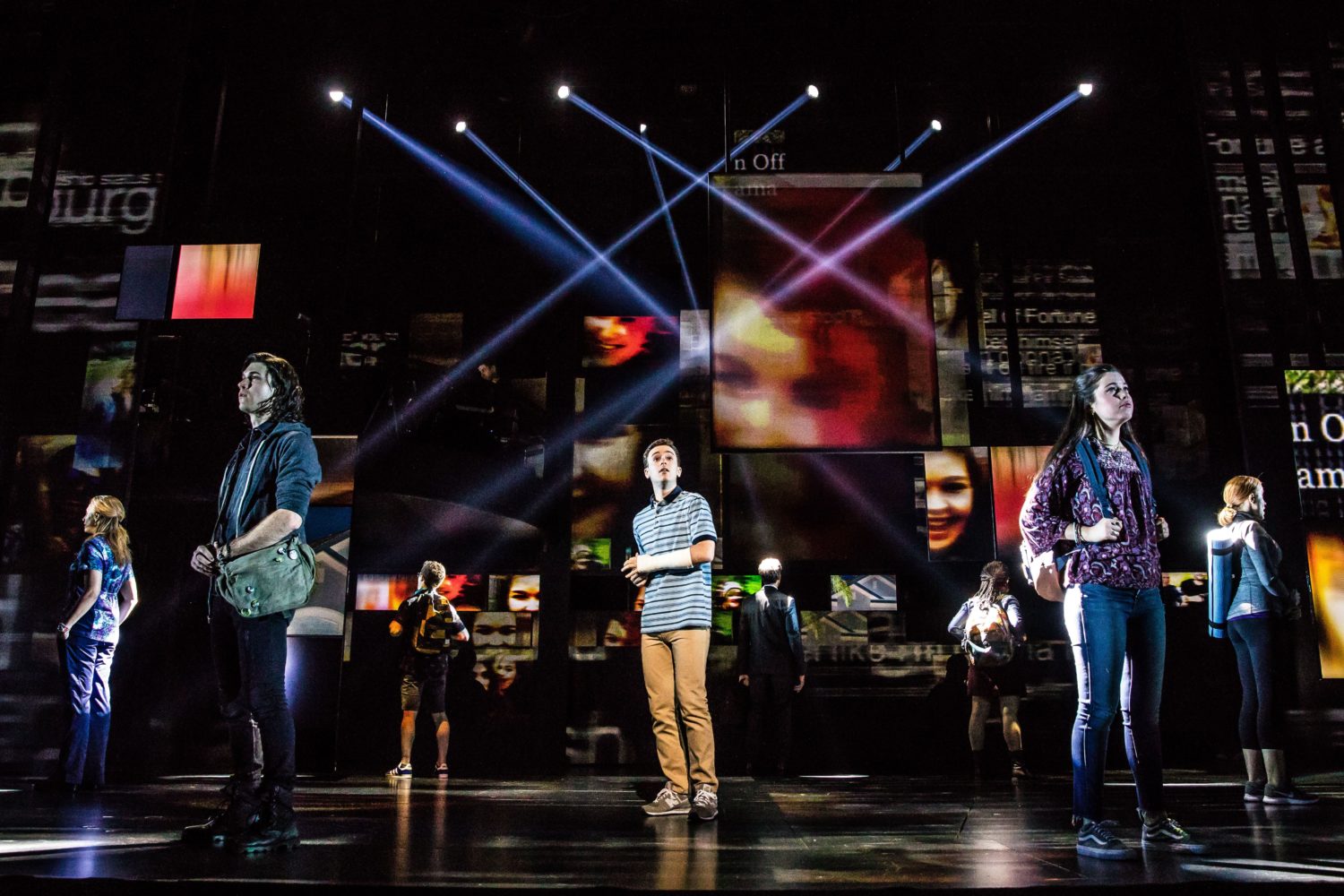