LANCASTER—A heated argument at a Lancaster pool resulted in the arrest of a DART police officer earlier this month.

According to reports, two males and four females, all aged 17-18, were involved in the assault case currently under investigation by Lancaster police.

No one was injured in the scuffle. However, police took Dallas Area Rapid Transit Police Department employee Elbert Corker, 50, into custody.

He faces one count of Assault Causing Bodily Injury and six counts of Aggravated Assault by a Public Servant.

Witnesses say the fight began at the Portofino Apartment Pool. Corker told the victims he had been asked by apartment management to remove unauthorized persons from the pool. It was well known that Corker was a police officer living in the apartment complex.

Witnesses reported Corker and one of the victims began a verbal argument before the victim was reportedly struck in the face by Corker.

They were separated, but the fight continued when the unnamed victim hit Corker in the face with a trash can lid. It was also reported that Corker made a motion with his hand towards the small of his back and made a comment about shooting everyone.

There were no weapons recovered at the scene, but witnesses did state they believed Corker was going to pull a pistol from his vehicle. The victim and witnesses stated that as they were leaving in a blue Volkswagen, Corker pursued them in his Ford Expedition.

Corker used his Ford Expedition to block the Volkswagen and hinder the vehicle from exiting the apartment complex. The victim then reversed the vehicle in order to make a U-turn, but was struck by Corker’s vehicle.

After several impacts, the Volkswagen was able to leave the scene. At the end of the road, Corker blocked the victim’s vehicle from turning left and intentionally rammed his vehicle into the Volkswagen, causing it to crash.

The only damage to Corker’s vehicle was a flat tire.

Later, when Corker spoke to Lancaster police, indications are that he attempted to mislead officers. He said he did not come in contact with the victims in the Volkswagen. He also said he damaged his vehicle at the apartment complex.

However, detectives did find evidence that Corker’s vehicle had been involved in the accident with the Volkswagen. Officers also spoke with multiple witnesses who corroborated the victim’s account of the incident.

Corker was off duty when the incident took place. Witnesses said he was not wearing a DART Police Department uniform. It is not certain if Corker identified himself as law enforcement to the victim or witnesses.

DART Spokesman Morgan Lyons said Corker is currently on leave pending the outcome of the investigation. 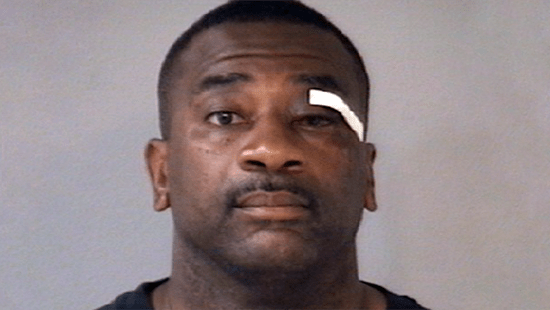