DIANA D’AMARI and DARREL JOHNSON: What is the Department of Energy doing with the 400 pages you gave them?

CROSETTO: Apparently, they destroyed them with several other documents and official correspondence with DOE officers, including the May 19, 2016, 8-line email from DOE officer, Glen Crawford, where he contradicts at the end of one line what he stated earlier, self-incriminated himself referring to nonexistent rules and regulations to support unsubstantiated statements and formal actions which need to be investigated as abuse of power. This was the result provided by DOE-FOIA (Freedom of Information Act) on September 30, 2016, to my inquiry of July 29, 2016.

My appeal to the DOE Hearing and Appeals Office on December 29, 2016, where I included in my appeal proofs that hundreds of pages of documents were apparently destroyed, was granted. However, so far it looks like my 400+ page invention and related correspondence with the DOE were destroyed.

Because of Crawford’s self-incriminating email, the disappearance of documents, and several other inconsistencies with the DOE rules and mission, such as denying receiving my correspondence, and blocking my email communication with the DOE that apparently was set by Crawford on July 26, 2016, I have submitted all the above to the DOE Inspector General for investigation.

I was told to expect a response within one or two weeks from my submission; however, after 9 months I have not received any information about the DOE internal investigation. Because I do not have a way to pressure for transparency and justice on these inconsistencies which are damaging taxpayers, and investigative journalists who have the ability to reach the public and who work in their best interest, could pressure the DOE on their behalf to resolve these inconsistencies complying with their rules and mandate from the taxpayers.

DD & DJ: Mr. Crosetto, we are outraged to know that they would destroy this incredible, valuable information. Why exactly did funding stop 18 years ago since your project seemed to be accepted by your peers? Why would the DOE destroy your proposal after they had requested you to submit one in 2015?

CROSETTO: My 3D-Flow architecture was recognized a valuable invention by the major international public scientific review held in 1993 at Fermilab. The first line of the summary recognizes the invention as “an interesting and unique concept”. Page 6 of the report states “…given this feature experimenters would probably think of clever uses not now possible” which clearly recognizes opening the door beyond the imagination of future science.

The committee assigned all money available during the SSC closeout, $150,000, “…to leave the project in a state where it could be continued”. In 1995, the DOE granted me $906,000 to continue the project. I developed all software tools (the 3D-Flow simulator, editor, assembler, real-time design process, verification tools at the system level generating test vectors at the gate level, etc.).

I hired Synopsys as consultant for the design of the ASIC (Application Specific Integrated Circuit). They completed the design of the 3D-Flow ASIC and generated the files ready to be sent to the silicon foundry to create the chip; however, the DOE never provided funding to create the chip, the project aborted there because influential scientists of other experiment such as W. Smith from Wisconsin University for the CMS experiment and the universities of Orsay, France and Bologna, Italy for the LHCb experiment and other scientists had the interest to get their project funded although with less scientific merit.

Some investigative journalists wrote to me that they could not find a guarantee that my project would work. Because Synopsys is among the most reputable of ASIC design houses and generate the best software tools for the synthesis of logical circuit into target silicon technologies. Because the president of IEEE, the world’s 400,000 member largest technical professional organization dedicated to advancing technology for the benefit of humanity, is Dr. Karen Bartleson, Senior Director of Corporate Programs and Initiatives at Synopsys, these journalists can ask her if the software tools and services provided by Synopsys can guarantee the ASIC is working or not.

In 2015, Jim Siegrist, Director of the Office of Science at the U.S. DOE, who knew the value of my invention from the time he was my supervisor at the Superconducting Super Collider in 1991-94, perhaps naively believed my Invention would receive a fair competition for funding and insisted over the phone and via email that I submit a formal proposal.

He also agreed that I could give a presentation of my invention to his colleagues (as I did previously in 1999) during the summer of 2015. In July, he asked that I wait until everyone at the DOE returned from their summer vacation; however, my presentation was still blocked as has happened at conferences and many other places where there is competition for funding projects for the Level-1 Trigger. Instead, Wesley Smith, despite his CMS Level-1 Trigger with 4,000 electronic boards being trashed on February 26, 2016, received $4.2 million funding for the year 2016 and the documents of my proposal were destroyed.

DD & DJ: In what way are your inventions being suppressed? By whom, and why?

CROSETTO: You can find much information answering this question in my letter to Butler, Lankford and Pastrone dated March 10, 2017, in the one page Figure Physics_2 and related links. In particular Wesley Smith prevented me from presenting my inventions at the Workshop on the Electronics for LHC at Snowmass, Colorado, in 1999 because he was presenting his project of 4,000 electronic data processing boards (goo.gl/mPHw5Y) and received over $50 million alone which is the sum of the grants Smith listed in his resume from page 13 to page 16 for a project that was trashed on February 26, 2016.

It was trashed because it did not have the capability to find the sought after particle because it measured only the “weight”. In the field of Medical imaging the one page table comparing my 3D-CBS with the Explorer with the links to the source data reported at the bottom of the table and several other documents/references that I can show you, will provide information who received the money for a project that is less efficient and more costly than mine and how several of these people rejected and suppressed my innovations during these past decades. Despite the Explorer project copying several of my ideas and many of the Explorer’s authors rejecting those ideas when used in my project for decades, Bill Moses, one of the authors, did not object to any cited data for their Explorer in my comparison table.

He did not object to my claims of the superiority and cost-effectiveness of the 3D-CBS compared to the Explorer and added that they were not going to build the Explorer as specified in their proposal to NIH that was correctly reported in my table. He did not deny that some of my new ideas were copied as well as those showing advantages in the table could be copied, adding that they will give NIH money to industries and do not know which electronics they will get from them. When I pointed out that it would not be fair to taxpayers to use their money to build the Explorer knowing that it is less efficient and over ten times as expensive as the 3D-CBS, he agreed to discuss this before the NIH funding agency if Michael Lauer, NIH Director of Extramural Research, would call for a meeting. However, NIH and NCI Directors and Lauer never answered my request to grant such a meeting. Neither did the former US Vice-President, Mr. Joe Biden answer, head of the Cancer Moonshot project who received two paper copies of my 271-page proposal. and 155 pages of the 59 quotes from industries.

I hand delivered one copy to Biden when he was at the World Economic Congress in Davos, Switzerland in January of 2016 and another copy was sent to him via U.S. postal service certified mail. On December 13, 2016, a paper copy of both documents were also hand delivered to the office of Texas State Senator, Jane Nelson, who had raised $3 billion to eradicate cancer. These agencies continue to assign millions of dollars of taxpayer money to cancer research projects that so far have not significantly reduced cancer deaths without knowing that their reviewers could receive help to understand and evaluate my breakthrough invention based on particle physics from Joel Butler, Andrew Lankford and Nadia Pastrone, named by the CERN Director General to organize a discussion/review with experts in particle physics to examine my 400+ page proposal.

The 3D-CBS outperforms the Explorer which was funded by NIH for $15.5 million in October 2015. The authors, who for many years rejected the 3D-CBS, copied many of its ideas. 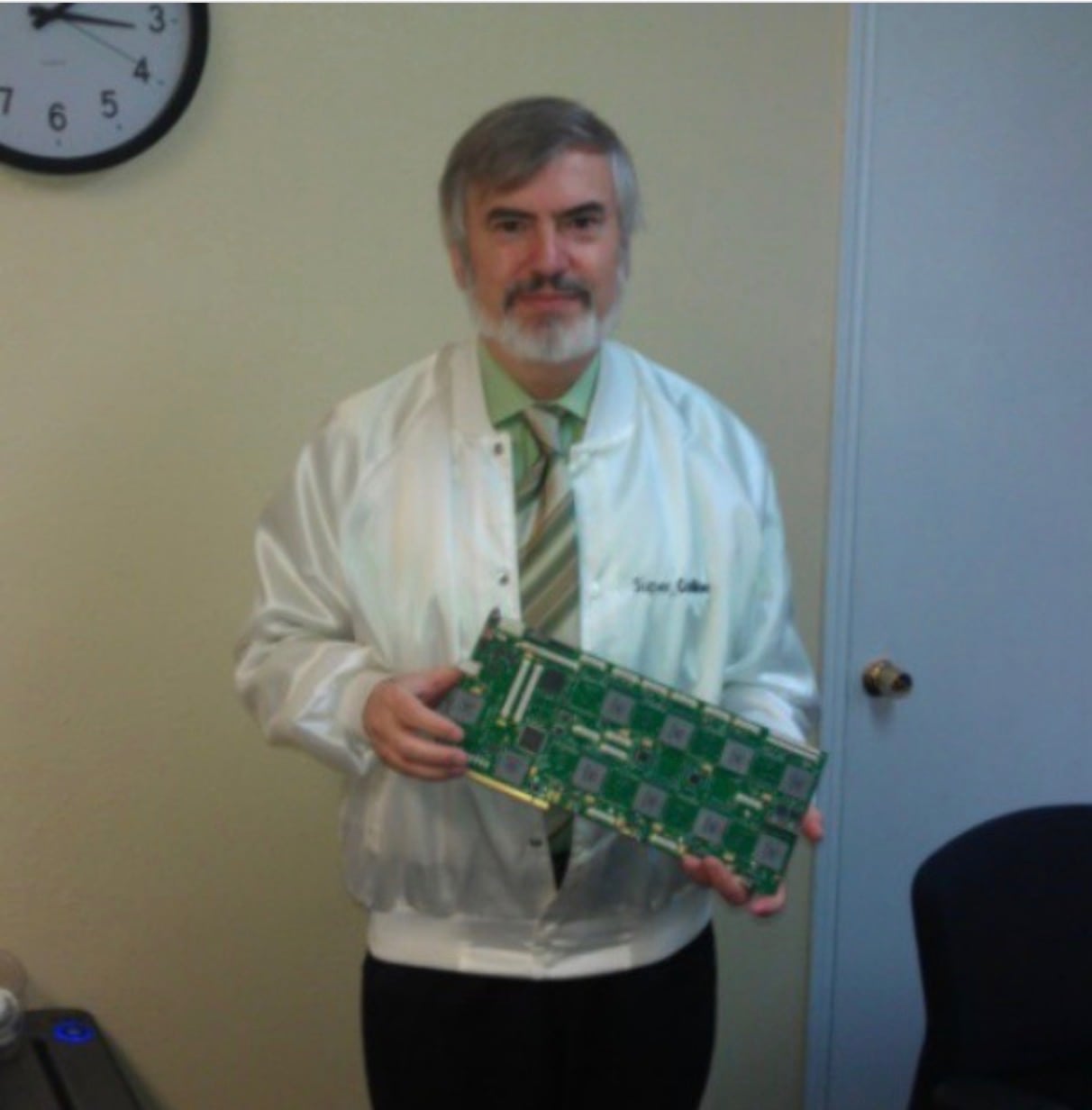 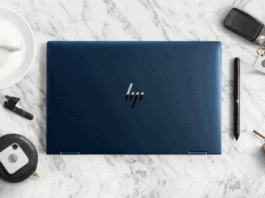 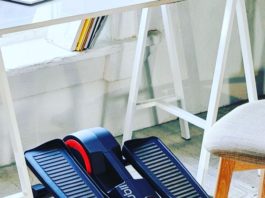