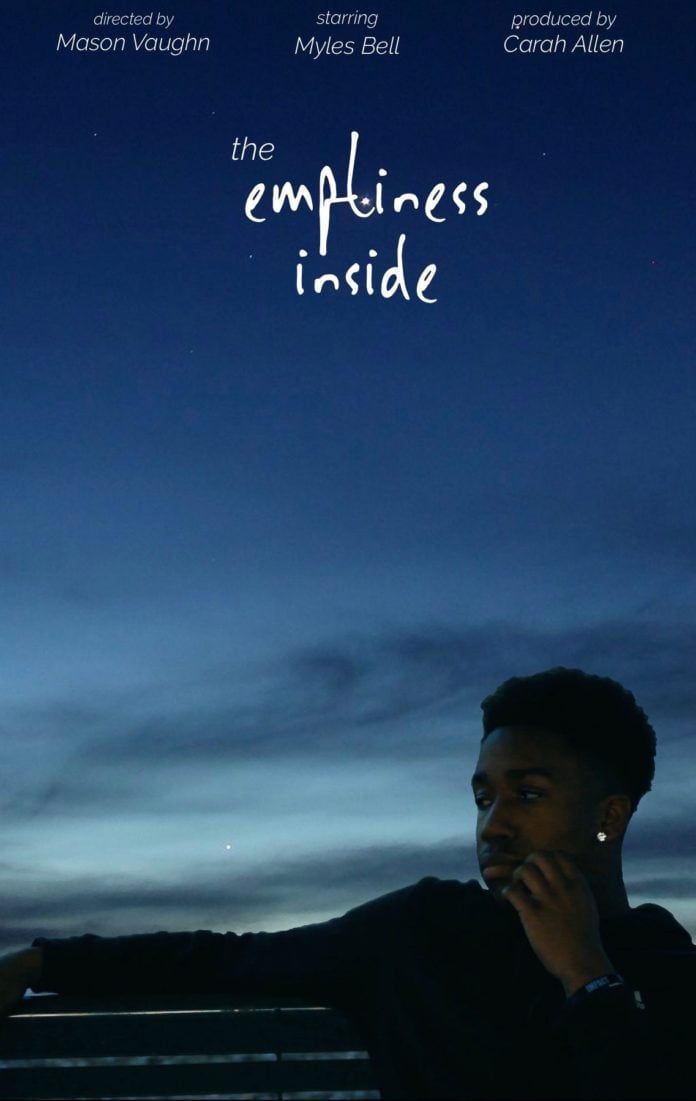 CEDAR HILL, TX – Two Cedar Hill High School Sophomores discovered the power of one Career & Technical Education (CTE) class can impact the trajectory of their academic careers, and quite likely, their professions.

Prior to the 2019-2020 school year, sophomores Carah Allen, 16, and Mason Vaughn, 15, had created some projects on YouTube, but they truly learned the intricacies of filmmaking in Kelly Gray-Bobino’s Filmmaking Course.

Their hard work and dedication resulted in their introspective and melancholy film, “The Emptiness Inside” being selected by the prestigious Dallas International Film Festival (DIFF).

“Filmmaking was definitely a hobby before the class, and I didn’t think of it as a major,” Allen said. “But I will definitely pursue filmmaking now.”

Mason said “it’s definitely an honor, since it’s our first film. I don’t want it to be our last one.”

Their friend and fellow CHHS sophomore, Myles Bell, was the film’s lone actor.

According to Tom Cawthra of the Dallas International Film Festival, only 39 student films were selected for DIFF’s Texas High School Film Showcase.

“We carefully review each high school filmmaker’s project and consider the artistic and technical values we can interpret from the films,” Cawthra said. “In the case of the Cedar Hill High School directors, our panel of experts commented ‘the spoken poetry is a great vehicle to practice your storytelling. There were some good examples of camera technique and creativity.”

Due to COVID-19, the actual DIFF event will be postponed until later this year. However, the high school films are available online through Tuesday, April 21.

“I was really impressed by their film,” Bobino-Gray said. “It’s an abstract film. Film is about letting the camera tell the story. It was very heartfelt, authentic and organic, and a lot of our scholars connected with it.

Allen and Vaughn have been friends since their days at West Intermediate and Bessie Coleman Middle School. Allen is the top-ranked academic scholar in the Class of 2022 with hopes of attending Yale University. Vaughn ranks in the Top 10 Percent of the Class of 2022.

They wrote, edited and filmed “The Emptiness Inside” in Cedar Hill, using Adobe Premiere Pro software to fine-tune the production. Allen did most of the camera work, while Vaughn handled the writing and narration. They collaborated on the editing.

“We tried to base the film off personal experiences and to show that sadness can come at any time, young or old,” Allen said.

The duo learned about overcoming setbacks. Earlier this year, they entered the film into SKILLS USA Competition in Waco where it did not win an award.

That did not discourage them from entering it into the DIFF, which is viewed by considerably more people.

Both Allen and Vaughn credit Bobino-Gray with helping them develop as filmmakers.

Bobino-Gray, a Fort Worth native and Texas Woman’s University Graduate, is an accomplished producer, writer and director who has worked on multiple independent films in the Metroplex, including “Carter High” and “Hiding In Plain Sight.”

She joined the staff at CHHS in 2018 and quickly began to have an impact on the scholars, sharing her vast filmmaking knowledge with them.

“Carah and Mason should be very proud of their accomplishments,” Cawthra said. “We also commend their film teacher, Kelly Gray-Bobino, for inspiring the student filmmakers and encouraging the Cedar Hill Administrators to keep the art of film thriving at the school.”