Or, in the case of several members of the Cedar Hill Fire Department, it meant going a lot of extra miles, as in to Beaumont to help move folks out of the area as Hurricane Laura was heading for landfall recently.

“The Cedar Hill Fire department is a team of well-trained dedicated men and women that take service to our citizens, region and state to a different level,” CHFD Chief Rodney Smith said. “As a community the citizens of Cedar Hill benefit from our ability to embed members on disaster responses throughout the state to provide services, while also gaining invaluable training and experience.”

Team Approach To Dealing with Disasters

“Though this deployment is huge in many scales, it represents the team approach we take to dealing with disasters,” Smith said.

The goal was to move people out of the area who could not otherwise move themselves, getting them to areas that would not be affected by the hurricane. The primary focus was on nursing homes, group homes and assisted living facilities.

Hundreds of patients were moved by the AMBUS teams during this mission. One group was taken to Navasota, while all other buses were sent to Houston.

What was thought to be a devastating storm resulted in little damage as the storm downgraded to a category 2 and made landfall just east of the Texas-Louisiana border. There was extensive damage to the city of Orange and into Louisiana, but Beaumont was largely spared.

From there the first unit was missioned to San Antonio to repatriate displaced Galveston nursing home patients. Unfortunately, enroute to San Antonio the bus had a braking system malfunction that left them stranded on Highway 10. The teams was just under 100 miles from their pickup site, waiting for four hours before help arrived.

Smith noted that while the first several days of the mission the crew slept on the bus on the patient transport cots, the bus breaking down did have a silver lining.

“They were given a room at a San Antonio hotel for the evening, and the entire crew as able to sleep in a real bed and take real showers,” he said.

“”The Cedar Hill Fire Department is proud to have this resource housed within our city and take pride in providing service to the state. Not only is this tool used within the region, we have used it with-in the city for mass patient transport and for rehab at large events. Second, we have an administration that feels it is important to assist outside of our city’s borders.

They believe that we are among the best trained firemen and medics in the state and because of that, we need to be there when our state needs us. Since our administration feels this way, it has created a trickle down effect for many members in our department. This has boldened our members and made them eager to assist whenever they can. CHFD members feel supported by our administration and that support has led to a training level and confidence level that is hungry to serve others.”

Smith said the experience not only helped folks in the Beaumont area, but could prove valuable here at home.

“We do missions like this to gain experience. Experience dealing with things we may never see in our own city. However, if mass evacuations take place, we will have been there and done that,” he said. “The experience will help us become more well-rounded and ready.” 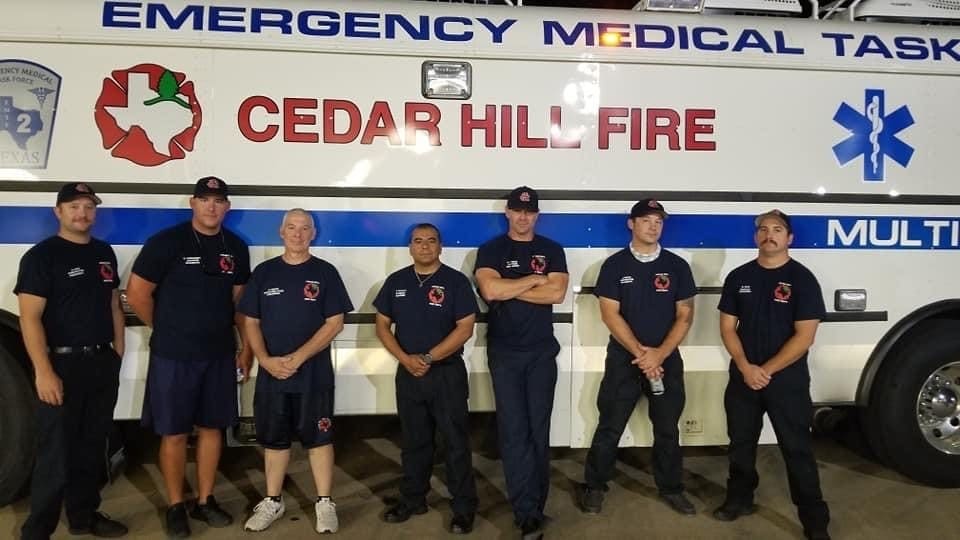