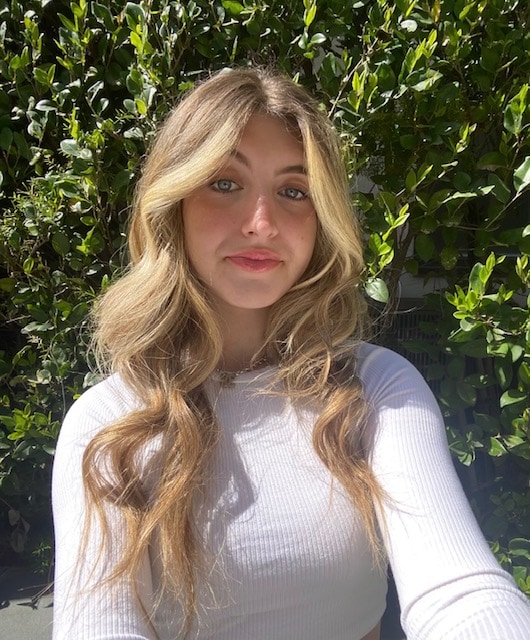 It was apparent Lexi Pendola had a caring heart when, only a teenager herself, she began teaching English via Zoom to youths ages 10-17 in the Ukraine in 2021.

Now that those same students have become refugees from the Russian invasion in their homeland, the 17-year-old from Los Angeles has shifted her focus to helping them in their quest, which is mainly to stay alive.

Lexi has started a Help Ukraine GoFundMe account and hopes to raise $25,000 toward the effort. The idea was inspired by a 15-year-old she taught who began volunteering in hospitals and helping others find shelter.

“After starting tutoring in June of 2021 (through the Meaningful Teens organization), I started to really get to know a bunch of kids in Ukraine. I would tutor them every Saturday at 9 a.m. and help them practice their English. We would read books together, watch short movie clips, and talk about what was going on in our lives,” Lexi said. “As I continued to tutor them, I would start to get follow requests on social media and really created modern-day pen pals.”

Then, once the war broke out she started to see them post about it and see the impact it was having on their lives. She reached out to a few of them and saw from their perspective on how detrimental the war truly was.

“Hearing their heartbreaking stories of leaving their homes and having an hour to pack their whole lives into a suitcase inspired me to help,” she said. “I knew helping from so far away would be a challenge, but I was determined to help in whatever way I could.”

Because getting funds to those in Ukraine during the war is difficult, her parents are helping her transfer the funds via Western Union.

The students’ teacher in Ukraine, Julia (she chose not to reveal her last name) has been helping Lexi stay in contact with students Lexi’s been tutoring. Julia, who remained in the besieged area, is also the recipient of funds forwarded by Lexi, which she then uses to help.

During one 24-hour stretch Lexi did not hear from her friend and was frightened that something terrible might have happened to her. She was relieved to learn that Julia was busy helping refugees.

Julia sends Lexi pictures and videos of the refugees, supplies she is buying, and receipts of everything, Lexi said. She also sends thank you letters from refugees that Lexi said are surreal to read.

“After seeing all this I think everything is very chaotic in Ukraine with refugee centers that are overcrowded and people needing to completely restart their entire lives. Towns are completely destroyed and refugees are left feeling hopeless,” she said. “Seeing heartbreaking videos of constant air sirens and gunshots is an experience nobody should ever encounter.”

Julia would not reveal her city, only saying it is in the heart of Ukraine and has become a rescue place for many Ukrainians who had to flee for life from the north, east and south where Russian troops commit atrocities against civilians.

“Fortunately, we have not been bombed, but we have air raid sirens three to five times a day, which means that there is a threat of missile attacks,” Julia said.

She added that a number of schools have been converted into temporary shelters, where refugees can stay overnight, sleeping on mattresses on the floors. They need toiletries, toothbrushes, soap, personal hygiene products, clothes, blankets and, of course, food.

“These people have experienced bombings and shellings, many lost their homes and loved ones. You can see deep grief and despair in their eyes,” Julia continued. “The help that volunteers like us provide tells them that they are loved and taken care of.”

Julia said the funds also help buy toys for younger children and stationary for older children, doing their best to make them feel at home.

“The needs are great, and a lot of money is needed. Thanks to Lexi some of those requests have been met,” Julia said.

Lexi said she still constantly reaches out to her students turned refugees through social media, specifically Instagram direct messages. She also still tutors those who are able to log in to Zoom.

“It is currently the only form of school they are getting. Most of the students that have fled Ukraine are in neighboring countries such as Poland,” she said. “I am not aware of any students that I had tutored that are now in the United States.”

Lexi is confident she will reach her goal of $25,000, but she doesn’t plan to stop there. She said she will raise the goal of the account.

“I feel morally obligated to keep helping refugees in Ukraine for as long as possible,” she said.

“Seeing the refugees and Julia’s bravery is extremely inspirational,” Lexi said. “I never imagined the impact that this would make on my life, but it has been such an eye-opening experience to navigate and I will be forever grateful for everyone who has helped me achieve this.”

Anyone interested in helping can access the GoFund Me from the link gofund.me/37e28446
“I am amazed at what Lexi is doing. Her desire to help Ukraine is incredible. She sets the example for many,” Julia said. “At such a young age she is making a great difference in the lives of so many people who suffer from the war.”