“Once a week, upwards of three to four times a month you turn the water on and it looks like chocolate milk,” Resident Jacob Moore, posted on social media.

The Texas Commission on Environmental Quality says it is aware of water reports from Carroll customers. State officials say a ‘boil water notice’ was issued by the company on Tuesday, June 12. This is after water pressure dropped below the state standard. At press time this notice was still in effect.

According to state code, potable water must maintain a minimum internal pressure of 5 pounds per square inch.

President Walter Carroll says the dark brown water is not uncommon. The issue of water pressure has been going on for about 20-years. According to Carroll boil notices go out every couple of months.

Moore decided to take a video of it. He posted it on Facebook, and it was shared and viewed by a number of people. They even have a Facebook group addressing the water company.

“I had them for years in Maypearl,” commented Denise Hedgepeth. “I see nothing has changed.”

He lives on Mesa Road, in the southwest area of the city, with his two young daughters and wife. They’ve been there for three years and are frustrated. When Moore got home to bathe his daughters on Monday, the tub was filled with brown water.

“It’s Carroll Water Company,” said Moore. He said he’s called them numerous times. “They laugh at us. They’ve hung up on us.”

Moore says his family pays an average of $35 per month, but spends a lot more on bottled water that they use for everything from brushing teeth to bathing.

Ultimately if the condition is not rectified soon, Moore says he may consider moving. 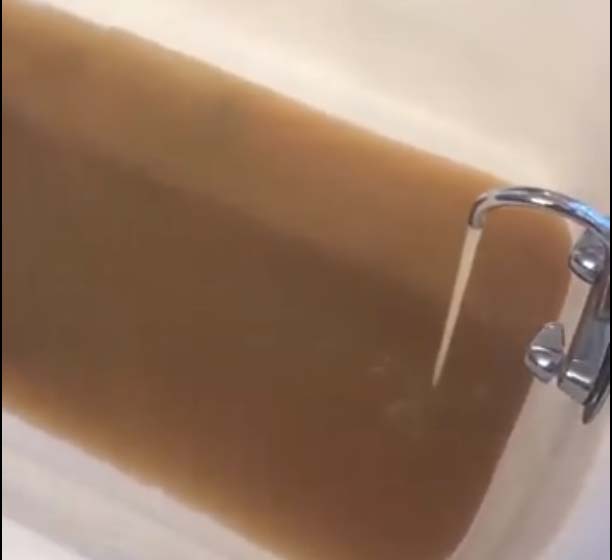