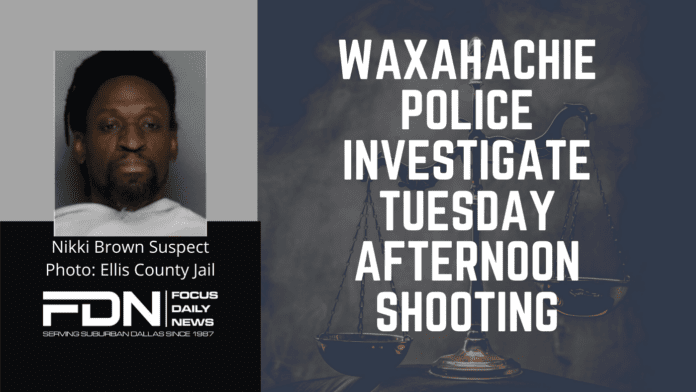 The Waxahachie Police Department is currently investigating a shooting that occurred on Kaufman Street, on Tuesday, April 19 at approximately 3:15pm.

At that time, Waxahachie Police Officers were dispatched to the 100 block of Kaufman Street. Upon arrival, Officers found one victim that had been shot one time in the torso area. Officers immediately began life saving measures until AMR arrived and transported him to Baylor Scott and White Hospital in Waxahachie.

The suspect, identified as Nikki Brown of Waxahachie, was still at the location and taken into custody.

Initial investigation indicates the shooting was the result of a confrontation about a parking space.

Detectives and Crime Scene Investigators processed the scene and collected evidence. Multiple witnesses were on scene and provided statements to detectives.

The investigation is ongoing and anyone with information, videos or photos is asked to contact Detective Austin Starkey of the Waxahachie Police Department at 469-309-4400.