Spike could increase risk of Chagas disease in dogs, humans

Texas A&M AgriLife Research entomologists have seen an increase in kissing bugs collected in multiple regions of the state this year. The insects carry a parasite that can cause potentially fatal Chagas disease in humans and animals.

“We have already collected over 300 adult kissing bug specimens in a location where we only collected six individuals in 2019,” said Gabriel Hamer, Ph.D., AgriLife Research entomologist, College Station. He is also a member of the Texas Chagas Taskforce — a group of experts raising awareness about the disease.

The collection site Hamer described is near Mission, about a four-hour drive south of San Antonio. He collected 115 kissing bugs there in about three hours one night in May.

“The lab’s kissing bug collections from College Station are also higher than in normal years,” he said.

What is causing the spike?

AgriLife entomologists across the state continue to search for factors leading to above-average number of kissing bug encounters.

“Kissing bug” is a common name for a group of bugs called triatomines. These blood-sucking insects persist across the southern U.S., Mexico, Central America and South America, especially during the hottest months of summer, experts said.

They are a bit longer than the width of a penny, with head and mouth parts resembling cones. According to Gabriel Hamer, their other common name is cone-nosed bugs.

“There are many other insects that do not feed on blood, which resemble kissing bugs, so it is important to be able to distinguish the species,” he said.

About 11 species of kissing bugs are found in the U.S., each with subtle differences in dark brown, black and orange color patterns. An infographic fact sheet on kissing bugs and the potentially fatal Chagas disease is available from the Texas Chagas Taskforce for free online.

Kissing bugs usually feed on blood at night when animals or people are sleeping. Bites are often painless, and many people do not realize they have been bitten. The nocturnal insect is attracted to lights and lives in a range of outdoor environments. Kissing bugs can feed on dogs, wild mammals, birds, humans and even other insects, like crickets, said Sarah Hamer.

The main risk of disease comes from a parasite in the kissing bug’s intestines and feces — Trypanosoma cruzi. Research shows about 50-60% of kissing bugs in Texas might be infected, Gabriel Hamer said. About 25% of the people they infect with Chagas develop serious chronic disease. Most infected people remain unaware of their infection and might stay symptom-free for life.

“Even so,” he said, “we know transmission is inefficient, and studies show that a person usually needs to be bitten many times by an infected kissing bug before the transmission of the parasite to the person occurs.”

Chagas disease manifests in an initial “acute” phase with symptoms. Symptoms include fever, fatigue, body aches, headache, rash, loss of appetite, diarrhea and vomiting. Some will not experience symptoms at all. Some infected persons, roughly 30%, later develop a “chronic” phase. It includes a range of cardiac and intestinal complications that might only appear decades after initial infection.

The disease also affects a wide range of domestic and wild animals.

The FAQ section of Texas A&M’s official kissing bug website includes detailed information on Chagas disease as well as resources for more about diagnosis and treatment.

Kissing bugs suspected of having bitten a human and found inside a Texas home should be sent to Texas Department of State Health Services for testing in conjunction with the U.S. Centers for Disease Control and Prevention.

Experts recommend anyone bitten by a kissing bug should speak with a doctor about further testing. Animal owners who suspect animal contact with kissing bugs should consult a veterinarian.

Kissing bugs found outside, and not suspected of biting any humans, may be sent to Texas A&M University Kissing Bug Citizen Science Program for free identification and testing. The program’s website includes information resources for all Texas residents and specific information for pet owners and veterinarians. 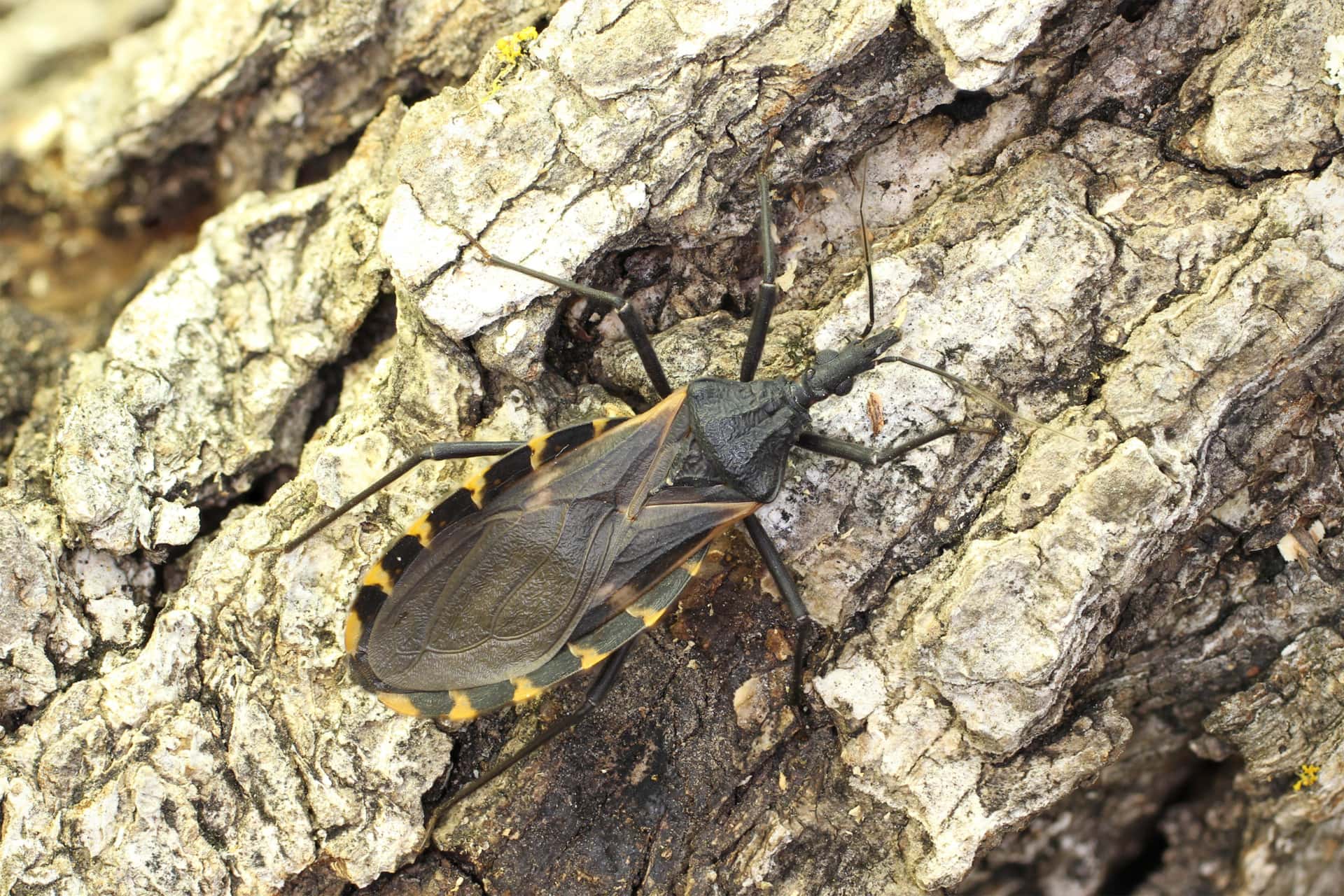