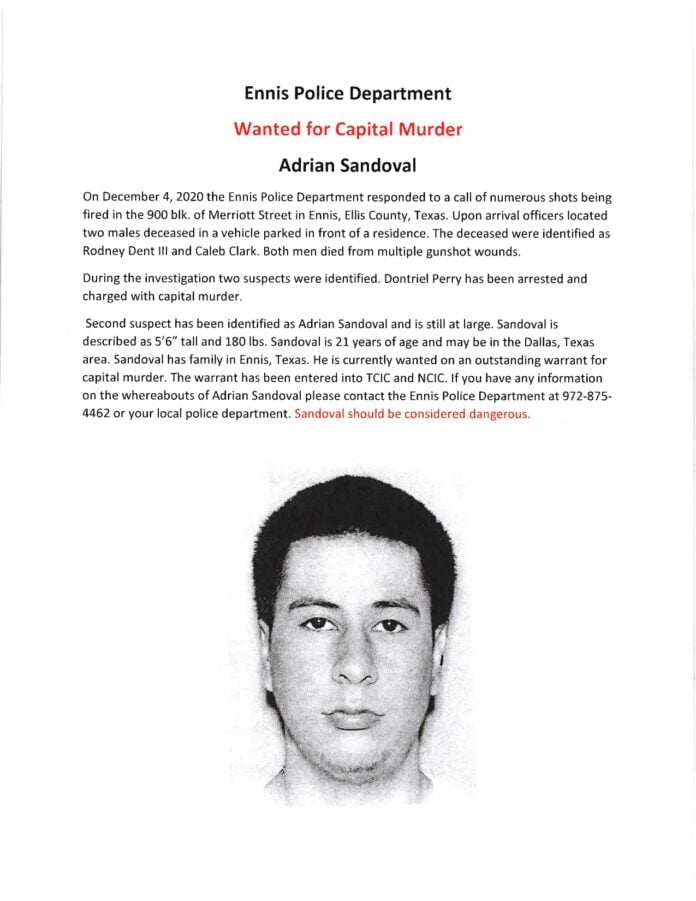 This afternoon the Ennis Police Department issued a news release saying Adrian Sandoval is wanted for Capital Murder. He’s been described as 5’6 and weighing 180 pounds and possibly in the Dallas area. Sandoval does have family in the Ennis area.

Ennis Police Department says a warrant for Capital Murder has been issued for Adrian Sandoval and entered in TCIC and NCIC. They also warn he should be considered armed and dangerous.

Sandoval is wanted in the connection of a shooting that occurred on December 4, 2020. Ennis Police responded to a report of numerous shots fired in the 900 block of Merriott Street in Ennis, TX. Officers arrived to discover two deceased males in a vehicle. The males were identified as Rodney Dent III and Caleb Clark. The men had been shot multiple times.

Two suspects were identified during the investigation Dontriel Perry, who has been arrested and charged with capital murder and Adrian Sandoval who is still at large.

Please call 972-875-4462 if you have information on the whereabouts of Adrian Sandoval. Subject should be considered armed and dangerous.