It’s 1977 in Wiggly, a tiny country town in Georgia. Christmas Flint (McKenna Grace) is a lonely young misfit who recently lost her mom. She lives with her dad (Jim Gaffigan) in a trailer. The trailer also serves as his makeshift law office, but most of his clients are too poor to pay their bills.

Flint’s smart (and smart-mouthed) office manager Miss Rayleen (Viola Davis) dreams of going to law school. While science geek Christmas dreams of her voice reaching into the universe, where she hopes her mom can hear her. Her only friend is fellow misfit and “girly boy” Joseph (Charlie Shotwell). They are favorite targets of school bullies, but mean spirited Principal Massey (Allison Janney) seems to think they deserve to be bullied.

Christmas hears about a national competition for earth’s children to be recorded on NASA’s Golden Record–the answer to her dreams! To enter the competition at the upcoming Birdie Scout Jamboree, Christmas tries to join the local Troop Five. Troop leader Miss Massey turns her down, so she works to enlist a group of outcasts to form a new troop. After convincing Miss Rayleen to be the troop leader (proving she is really a softie underneath her brusque exterior) Christmas talks three other girls, plus Joseph, into joining their new Troop Zero.

Miss Rayleen and Miss Massey apparently go way back, both growing up in Wiggly. It’s obvious these two award-winning actresses are having fun, strong arming and smash talking each other for their scenes in the film. Gaffigan is also great as Boss Flint, a beer-swigging good old boy who’d do anything for his little girl. Even take over as Birdie leader if that’s what it takes to chase his daughter’s dream.

But it’s the spunky group of girls (and one boy) led by McKenna Grace who carry the film, and threaten to steal your heart along the way. The Amazon Studios film available on disc and streaming. The comedy/drama is rated PG for thematic elements, language, and smoking. In fact, Rayleen keeps a cigarette going throughout the movie. “Troop Zero” is directed by Bert and Bertie, the screenplay is written by Lucy Alibar, and the film runs 98 minutes. 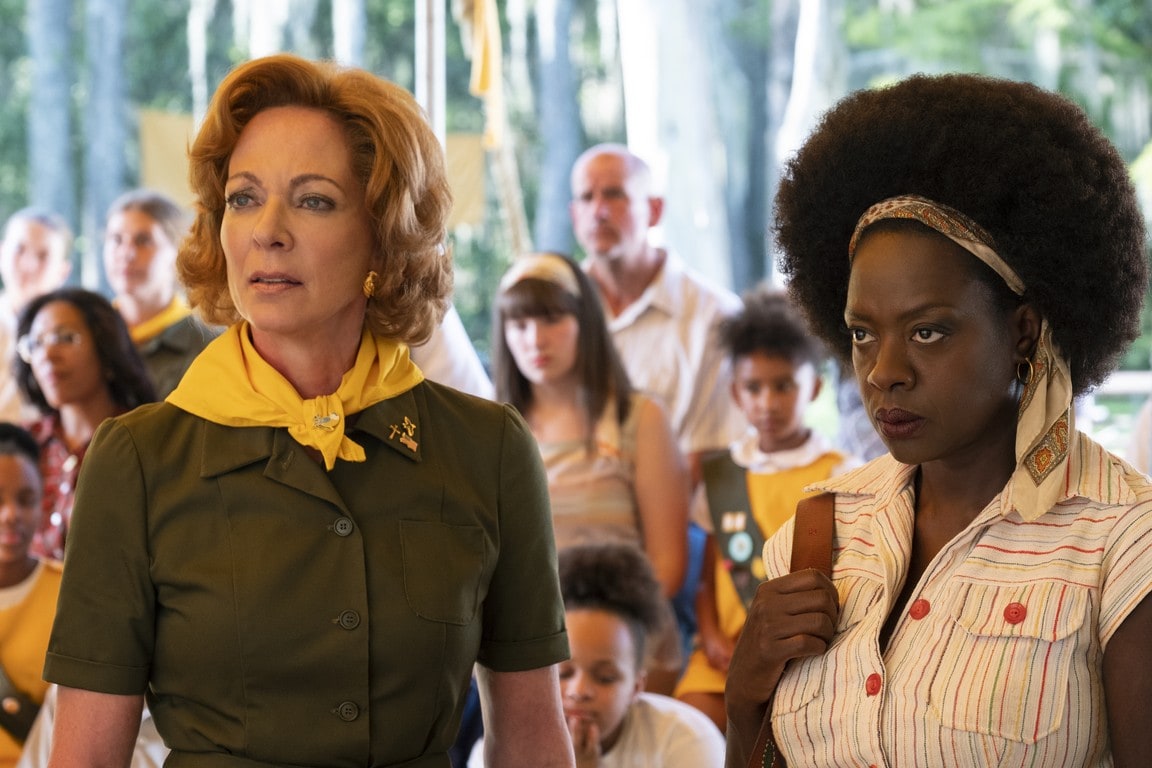