Peanut Butter Falcon is an unlikely title for one of the sweetest films of the year. Or for that matter, of any recent year. Don’t let the title stop you from seeing this film, though. It is a heartwarming film everyone in the family will love. Young, old, male, female, take them all. This movie is just as satisfying as my favorite childhood lunch, peanut butter and jelly sandwiches.

It’s been compared to Mark Twain’s timeless tales. There are definite similarities between the odd couple pairing of Huck Finn and Jim the runaway slave on their raft trip down the Mississippi. The mismatched couple in PBF is every bit as unlikely. There’s Zak (Zack Gottsagen), a young man with Down syndrome who’s running away from a nursing home, and Tyler (Shia LaBeouf). Tyler is a deadbeat and small-time outlaw who finds himself growing attached to the young runaway.

Zak dreams of finding his hero, The Salt Water Redneck (Thomas Haden Church). A wrestler who made several videos that Zak has memorized from years of watching them, Salt Water once ran a wrestling school but is now a recluse. When challenged to come up with a wrestling name for himself, Zak decides to be the Peanut Butter Falcon.

The unlikely team of Zak and Tyler take a winding trip (both on foot and by raft) through deltas. They encounter some really bad guys and other dangerous swamp critters along the way. After several dramatic escapes, they are finally caught by a beautiful social worker from the nursing home (Dakota Johnson). She has been sent to find and return Zak to the institution or lose her job. But after seeing how happy Zak is now that he’s free to live his own life, she decides to accompany them as they hunt for the wrestler instead.

Bruce Dern has a vignette as Zak’s elderly roommate who helps him escape from the nursing home. John Hawkes, Jon Bernthal, Mick Foley, and Jake Roberts also have featured roles in the film.

Written by Michael Schwartz and Tyler Nilson, the delightful film has been winning rave reviews from film festivals like South by Southwest. It won their Audience Award for Narrative Spotlight feature last March.

The action adventure film is co-directed by its writers, Nilson and Schwartz. A Roadside Attractions release, “Peanut Butter Falcon” opens a limited run in the Dallas area August 9. It is rated PG-13 for thematic content, language, some violence, and smoking. Running time is only 93 minutes, and I was sorry to see it end. This short but sweet film was the most fun I’ve had at the movies all year. 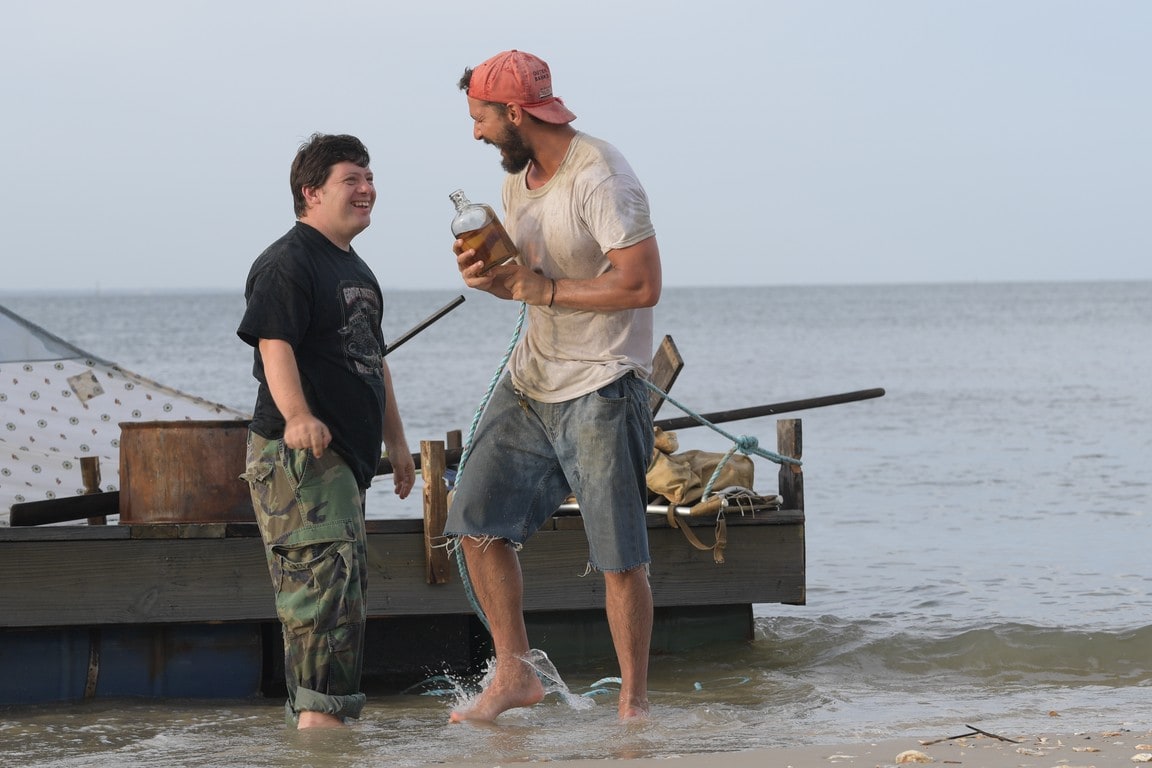