“The Assistant,” a drama that opens a limited run in Dallas-Fort Worth Friday, builds suspense—and dread—slowly. The camera follows Jane (Julia Garner), a rather mousy but bright recent college graduate, through a day at the office. A very long day, since she is expected to be first at the office and last to leave.

Jane is an aspiring film producer, although she doesn’t seem remotely suited for a career in this male-dominated, cut-throat industry. After landing a “dream job” as a junior assistant to an extremely powerful (but monstrous) entertainment mogul, Jane’s day starts before sunrise and ends late at night. She is given the most mundane tasks, from changing paper in the copy machine to making coffee. She also cleans up after the men in the office.

For the most part, Jane is totally ignored by all her male colleagues. Unless they want her to order lunch or make their travel arrangements. The only person who shows her any warmth is the company’s limo driver who sometimes drives her to work.

The film moves very slowly, but we become aware of the abusive treatment that’s shown everyone in the company by the head honcho. The camera never shows us what he looks like. Most viewers, like me, can easily picture Harvey Weinstein. The picture emerges as we eavesdrop on how Mr. Bigshot treats women, from employees to his wife to his “conquests.”

As Jane begins to realize just how bad the corporate culture at her workplace is, she decides it’s time to blow the whistle. Jane secretly arranges to meet with the company’s human resources director (Matthew MacFayden). He seems sympathetic to her concerns, but as the meeting escalates it becomes obvious he has no interest in hearing anything she says. Although he’s only on camera a few minutes, MacFayden’s pivotal role deserves high praise. He changes from kindly HR Director to sneering at Jane, “Don’t worry, you’re not his type,” as he shoves her out the door.

Garner is terrific as Jane, who realizes how bad things are but also how little she can do about it. After taking several verbally abusive tirades from her boss, she is forced to write him an apology and promise not to question his judgment ever again.

“The Assistant” has an important message for audiences, especially after the #MeToo movement. We learned how badly many industries, especially the entertainment industry, treat women. And we cheered as we saw many women come forth to say they weren’t going to take it anymore.

Bleeker Street’s dramatic film is directed by Kitty Green, who also wrote the screenplay. It’s rated R for some language (mostly from the mogul, and runs 87 minutes. This film will stay with you long after you see it. 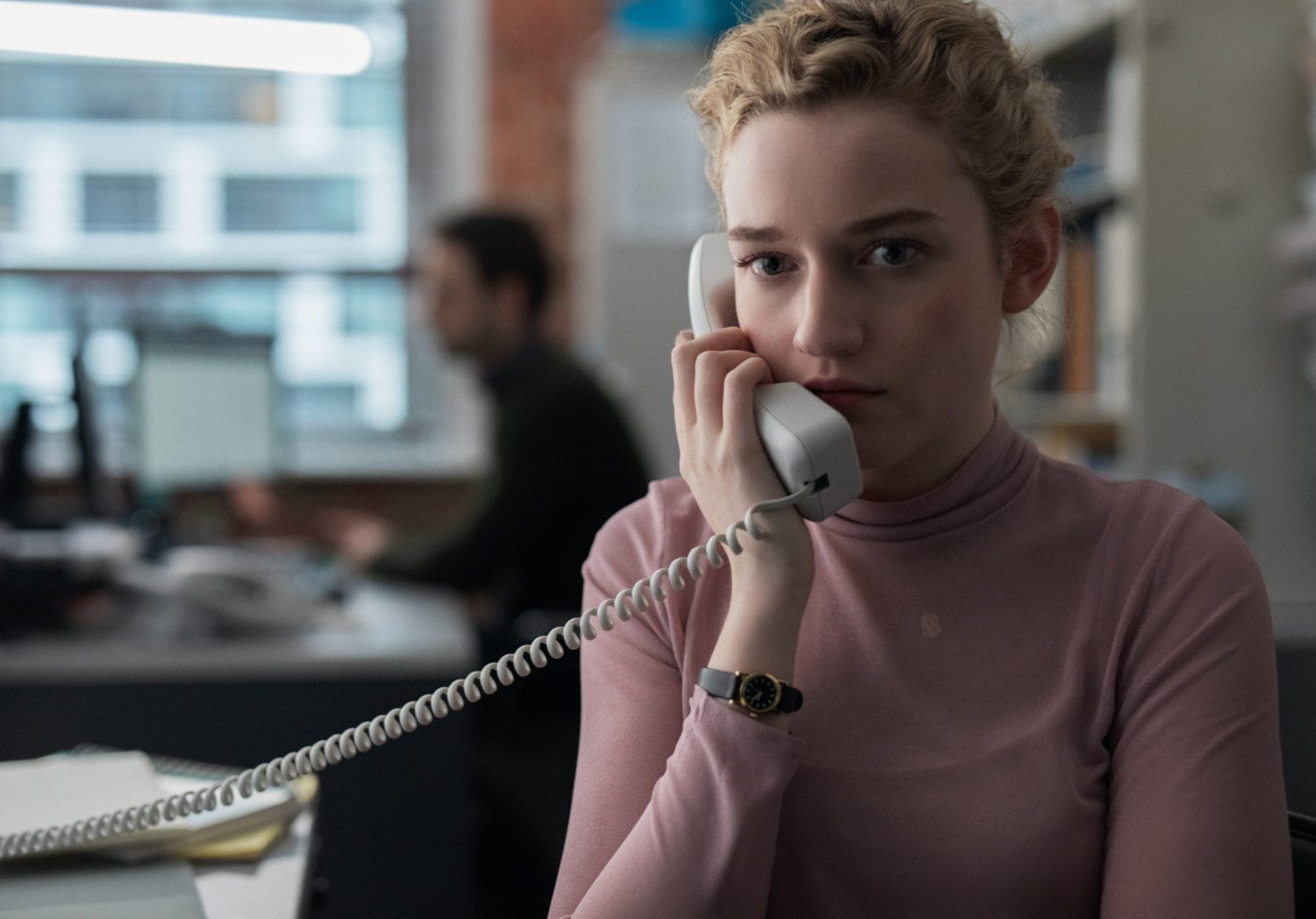