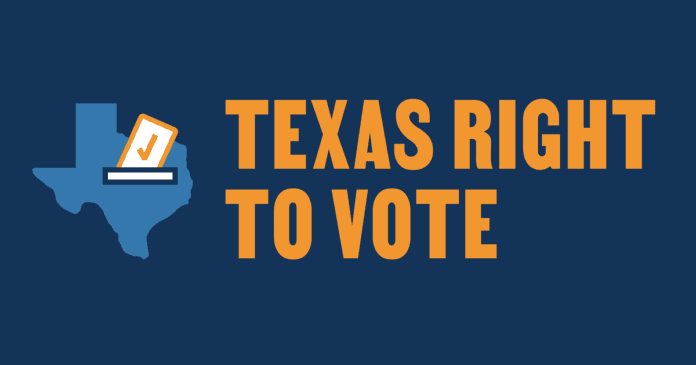 “The original Voting Rights Act helped to bring an end to the Jim Crow era in the American South. It’s only fitting that amid the worst assault on voting rights since the 1960s, the John Lewis Voting Rights Advancement Act—named for a man who dedicated his life to the fight for civil rights—could once again restore the promise of democracy in Texas and across the southern United States.

“Today’s passage of H.R. 4 in the U.S. House of Representatives is a direct result of the work Texas advocates did on the ground and the support from Texas Democrats who listened and took the energy to work in Washington this summer. As Gov. Abbott led an assault on democracy in Texas, Democratic state lawmakers broke quorum to advance federal legislation that would stop that assault cold by restoring the preclearance requirement for all election-related legislation in our state.

“Together, advocates and Texas Democrats deserve tremendous credit for their work to advance federal voting rights legislation in Congress. Their work may just restore the promise of democracy—not just here in Texas, either. Their work may just make the difference for the eight other states where the removal of VRA preclearance requirements led to dangerous anti-voter legislation.

“Now more than ever, Texas Democrats must stand by that conviction and take every possible step to block Gov. Abbott’s draconian assault on Texans’ voting rights here in Austin.”

“Make no mistake, the passage of this historic piece of legislation out of the U.S. House of Representatives today marks a major victory in the fight to protect the freedom to vote from restrictive state measures.

“It is also a testament to the tenacity and determination shown by dozens of pro-voter lawmakers who, at great risk to themselves and their families, broke quorum to fight for federal protections for the freedom to vote. Now the United States Senate must act and do whatever it takes to get federal Voting Rights legislation on President Biden’s desk. The urgency is now. There is no other time to do this but now.

“Despite this welcome news from the U.S. House, we still face myriad threats here in Texas. The governor has all but abdicated his duty to protect the public health of our state, allowing the Delta variant to tear through communities who were unable to protect themselves because of the governor’s illegal orders banning masking and vaccine requirements.

“The governor and his allies in the legislature must abandon their politically-motivated obsession with passing restrictions on the freedom to vote in what is already the most restrictive state for voting rights in the country and instead focus on addressing the real issues facing our state: containing the Delta variant and fixing our dangerously unstable power grid.”