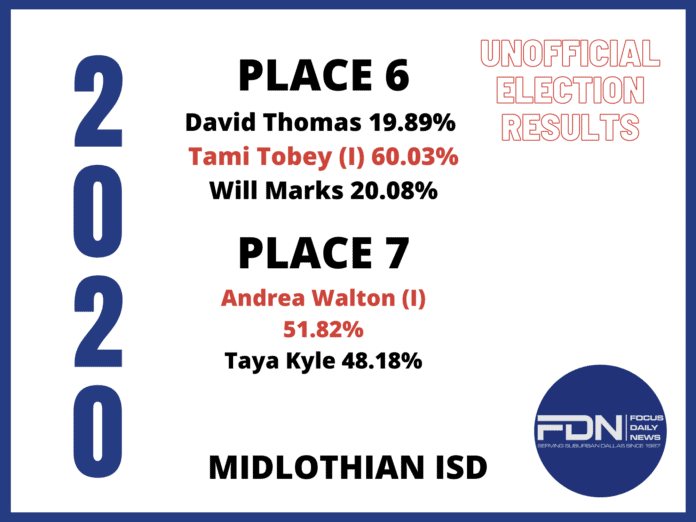 In Midlothian, TX voters turned out to vote on two City Council seats and two seats on the Midlothian ISD School Board.

While the Midlothian ISD school board races were surrounded by controversy, both of the incumbents won re-election. In Place 6, Tami Tobey won with 60.03% vs. her opponents Will Marks with 20.08% and David Thomas 19.89%. Both Trustee Tobey and Mr. Thomas spent a lot of time at the polls speaking with voters during the early voting period. Following the controversy surrounding Ms. Tobey this summer, she told the voters “you can hold me accountable in November”, and the majority of voters supported her.

David Thomas posted the following on his campaign Facebook page, “I appreciate all of the support I received as I ran for MISD School Board Place Six!! I am thankful for the people I have met on this journey. The people have spoken and they did not want a different perspective on the school board and that’s okay! I will continue to remain engaged in the board meetings and the community! I would be remiss if I did not say thank you to my wife and son for their support. And thank you to the community that supported me!”

In Place 7, the race was much closer with incumbent Andrea Walton eeking past her opponent with 51.82% to her opponent, Taya Kyle’s 48.18%. 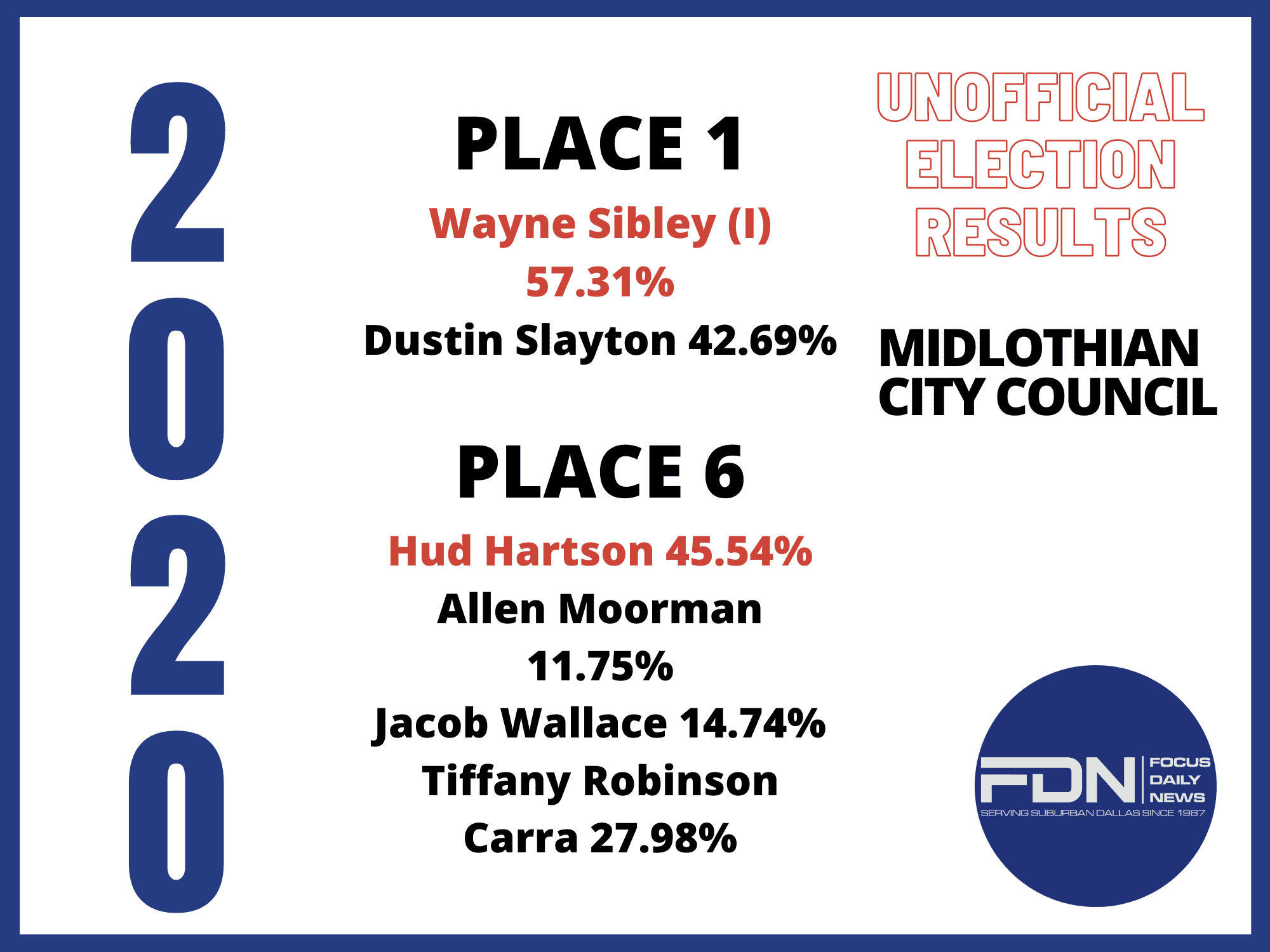 In Place 1, the incumbent Wayne Sibley has 57.31% defeating his opponent Dustin Slayton with 42.69%.

Place 6 goes to a runoff between Hud Hartson and Tiffany Robinson Carra.

On her campaign Facebook page Ms. Carra posted, “History repeats itself, in 2018 Art found himself in a run off for Place 6 with 39% of the vote, while his opponent had 42% of the vote. He came back 5 weeks later and won with 69% in his run off.

We are not out of this race. With 3 opponents our results are a little more distributed, but similar approximately 46% and 28%. We cannot quit, history is on our side both in votes and track record.”

Results are unofficial as reported by Ellis County at 10:56 pm this evening.