The only thing better than making history is making more history.

Led by a pair of state championships, including a second consecutive title by senior Jackson Carter, the Midlothian High School boys wrestling program posted the best finish in team history at this year’s University Interscholastic League State Wrestling Tournament this past weekend.

The Panthers finished second in Class 5A. It came on the heels of last year’s fourth-place finish, the previous best showing in team history since Midlothian first fielded a team in the 1999-2000 season, the first time the sport was offered by the UIL.

As a team, the Panthers scored 77 points, surpassed only by Canyon Randall with 146.

Also for the Midlothian boys, sophomore Santino Saunders (21-15), younger brother of Felix, competed in the 106-pound division. Lancaster had one boy compete, freshman Jaden Machado (25-8), in the 126 category.

Boys Wrestling Program Has Been Building Strength Since 2016

The great season continued the Midlothian boys’ rise to prominence since Kevin Reed became the head coach in 2016.

“I would say the rise was us getting kids to believe they could compete with anybody in the state of Texas, along with a complete overhaul of the program when I took over,” Reed said. “Preseason lifting and conditioning and removing kids that weren’t ‘all in’ was the biggest changes I made. In any program if you don’t have ‘buy in’ or any accountability, you will not be successful.”

Reed said he wouldn’t let his athletes touch a wrestling mat until they committed to an eight-week program.

“One thing that bothered me when I was an assistant in 2015 was how we got pushed around when we competed. So, when I got the head coaching job, I told myself, anytime Midlothian competes we were gonna be the most physical and best-conditioned team in the building,” Reed said. “Another change was getting the kids used to my style of coaching. Everything we do is fast and physical, and credit to the kids over the last few years, they have executed the things we work on daily.”

Though still a work in progress, the girls’ program has also enjoyed success in recent years. Jetta Claridy qualified for state as a junior before missing her entire season with an injury. Also, senior Faith Bostwick was an alternate state qualifier this season, and freshman Madeline Hodges placed sixth at regionals.

Carter was dominant in his four state matches, winning each by fall. The first match ended in 57 seconds, followed by 2:49, 3:20 in the semifinals, and 5:18 in the finals over Tucker Spradley of Frisco Reedy.

“Jackson Carter is a once-in-a-lifetime kid that comes through your program that instantly makes you a better coach,” Reed said.

Carter will be attending Ouachita Baptist University in Arkansas this fall.

“I really believe he is going to be a national champion at some point,” Reed said. “He has incredible talent, and he’s not even close to his peak. He will continue to evolve and improve.

“I think he starts as a freshman and makes an instant impact the moment he steps on campus. Jackson is a program changer and I have no doubt he will thrive in college.”

Felix Saunders won his first match 13-0, his second 4-2, and advanced to the finals with a fall at 2:42. In the finals he defeated Aaron Hernandez of El Paso Eastwood, 3-1.

Hodges continued his season-long roll into the finals, winning his first match in a fall at 3:22, followed by a 6-3 win, and another victory by fall at 4:47. In the championship match, however, he was bested 2-1 by Chidozie Nwankwo of Richmond Foster.

Midlothian has almost everyone on the team returning next season, including junior Kaleb Tompkins, who finished third at 220 pounds in 2019.

“We have a host of freshmen and sophomores who are ready for the jump next season,” Reed said. “This team is here to stay.” 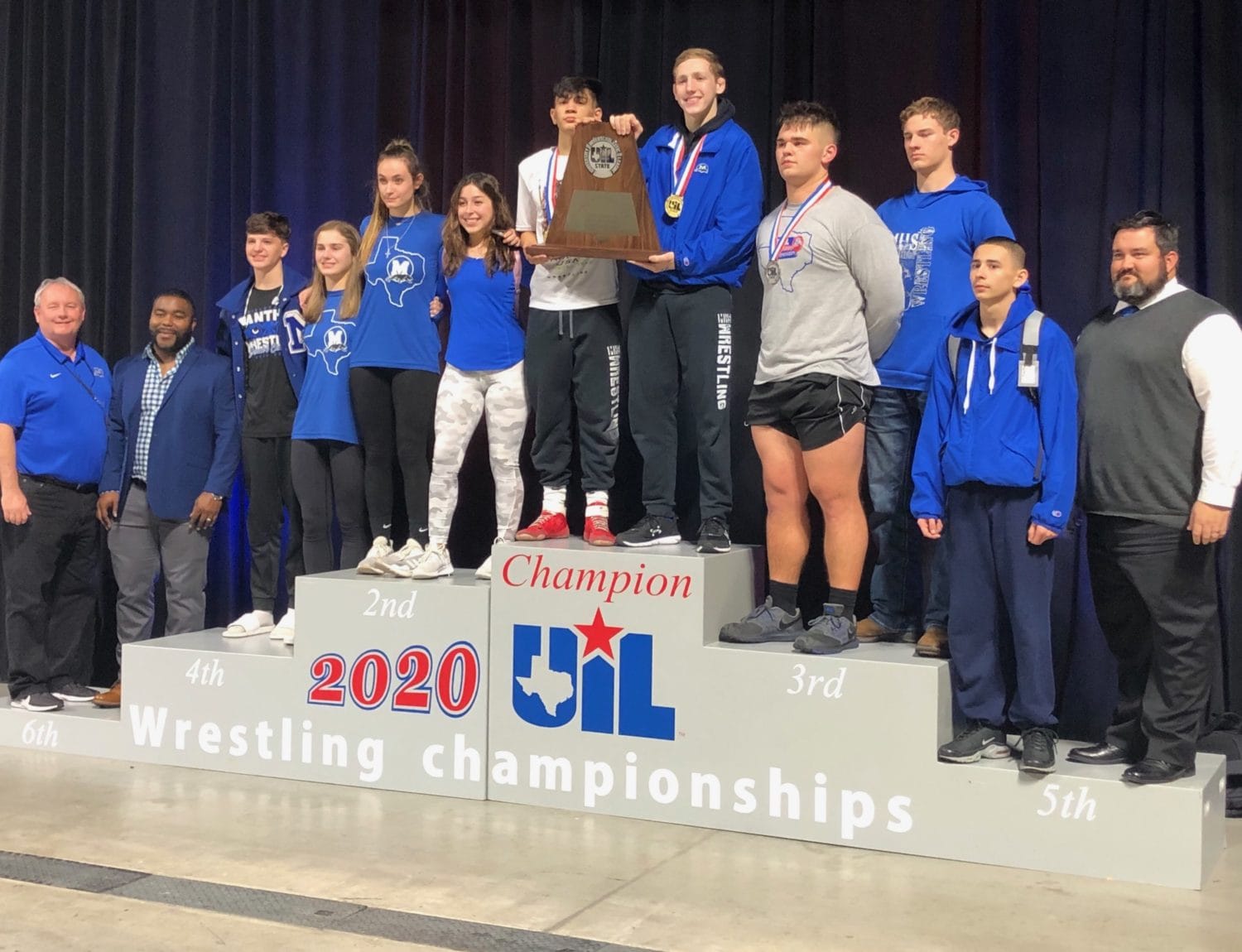