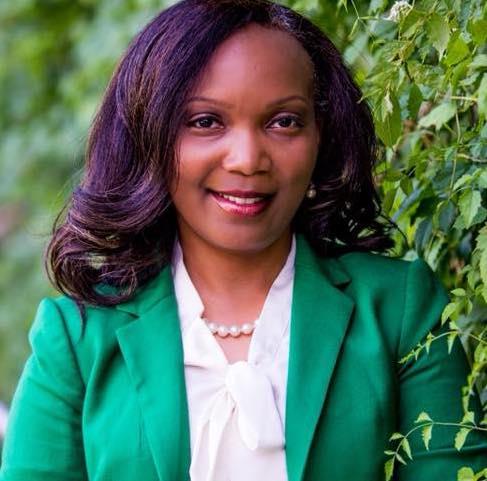 ‘The Race For Excellence Has No Finish Line’

Lake Ridge Principal Marquita McCullum exemplifies it through her words and actions. The fourth-year principal has two degrees and is working on her doctoral dissertation. Her ultimate goal is to become the United States Secretary of Education.

Before she impacts education on a national level, McCullum will continue to create positive experiences for scholars and families at Lake Ridge. October is National Principals Month.

McCullum said there wasn’t anything specific in her education that prepared her for life as a principal during the COVID-19 Pandemic. But some of her courses presented hypothetical situations where a crisis may arise.

She said collaboration has been key as the district tries to find a semblance of normal during such a challenging time.

“Being a principal during this time is ever-changing,” McCullum said. “We have to be aware of any new information and then communicate that to our parents, scholars and staff.”

Prior to that, Lake Ridge was one of just three campuses in the district to have scholars in-person. There was an exemption for 11 special education scholars to be on campus when online learning began on September 8.

McCullum has worked diligently to communicate with Lake Ridge families during COVID-19.

“We have assured parents that we have procedures in place,” McCullum said. “Safety has always been a huge priority at our campus.

Teachers have had to become familiar with new systems and programs that they’ve learned over the summer.

“They have a collaborative spirit,” McCullum said of her staff. “They’re discovering new things and sharing creative ways to do things.”

Scholars on campus are social distancing and only remove their face masks when they are eating. Desks are spaced out, in order to keep six feet of distance or more.

McCullum Is Not A Native Texan

McCullum grew up in southern Mississippi where her grandfather, Ira McCullum, was a longtime principal.

McCullum graduated with a Bachelor’s Degree in Psychology but quickly started an alternative teaching certification program. While she was studying for it, she returned to her hometown to work as a technology facilitator in the East Jasper School District.

Upon earning her certification, McCullum taught middle school English/Language Arts in Laurel, Mississippi where she was selected as the 2009 Laurel District Teacher of the Year. It was during that time that she earned a Master’s in Education from William Carey University in Hattiesburg, Mississippi.

McCullum wanted a new challenge, so she chose to move to the Dallas area where several of her family members reside.

Once in Texas, she worked as a teacher and later a campus administrator in Irving ISD. It was during that time that she earned a Principal Certification from Lamar University.

McCullum arrived at CHISD in the summer of 2016 as the Vice Chancellor at Collegiate Prep Elementary.

The following year, she was selected as Principal at Lake Ridge. McCullum’s currently working on her doctorate from Texas A&M-Commerce.

She finds it interesting that all of her teaching experience was at the middle school level and most of her administrative experience has been at the elementary level.

Since Lake Ridge thrives on being an interactive campus, McCullum said she and her staff will have to get creative in terms of continuing fun events, albeit either virtually or with social distancing intact.

“We are continuing to make sure we have safety first as always,” McCullum said. “We are working on creative ways for parental involvement activities, so we can still be connected.”