Womack Was Manufacturing & Selling Illegal Drugs Out of His DeSoto Home

After a search of a residence in the 1700 block of Calgary Drive, 47 year-old resident William Michael Womack was arrested for 5 felony offenses including the manufacture of illegal drugs, possession of illegal drugs, and weapons possession. Since Womack has an extensive criminal history, 3 of today’s offenses could be upgraded to carry a 25-year to life prison term if he’s convicted. Womack is currently in custody at the DeSoto City jail awaiting arraignment.

DeSoto police began their investigation in July after their street crimes unit began receiving many complaints from residents living near the Calgary Drive residence about potential illegal activity. Police kept the residence under surveillance for several months until enough evidence was secured to obtain a warrant.

The DeSoto police department thanks our citizens for sharing their awareness of potential illegal activity in their neighborhoods with police. The manufacturing and sale of illegal drugs in the City of DeSoto will not be tolerated. DeSoto Police welcomes information from our citizens and encourages our citizens to take advantage of the many ways, including Tip411, to alert police of potential illegal activity in our City (including the ability to remain anonymous). 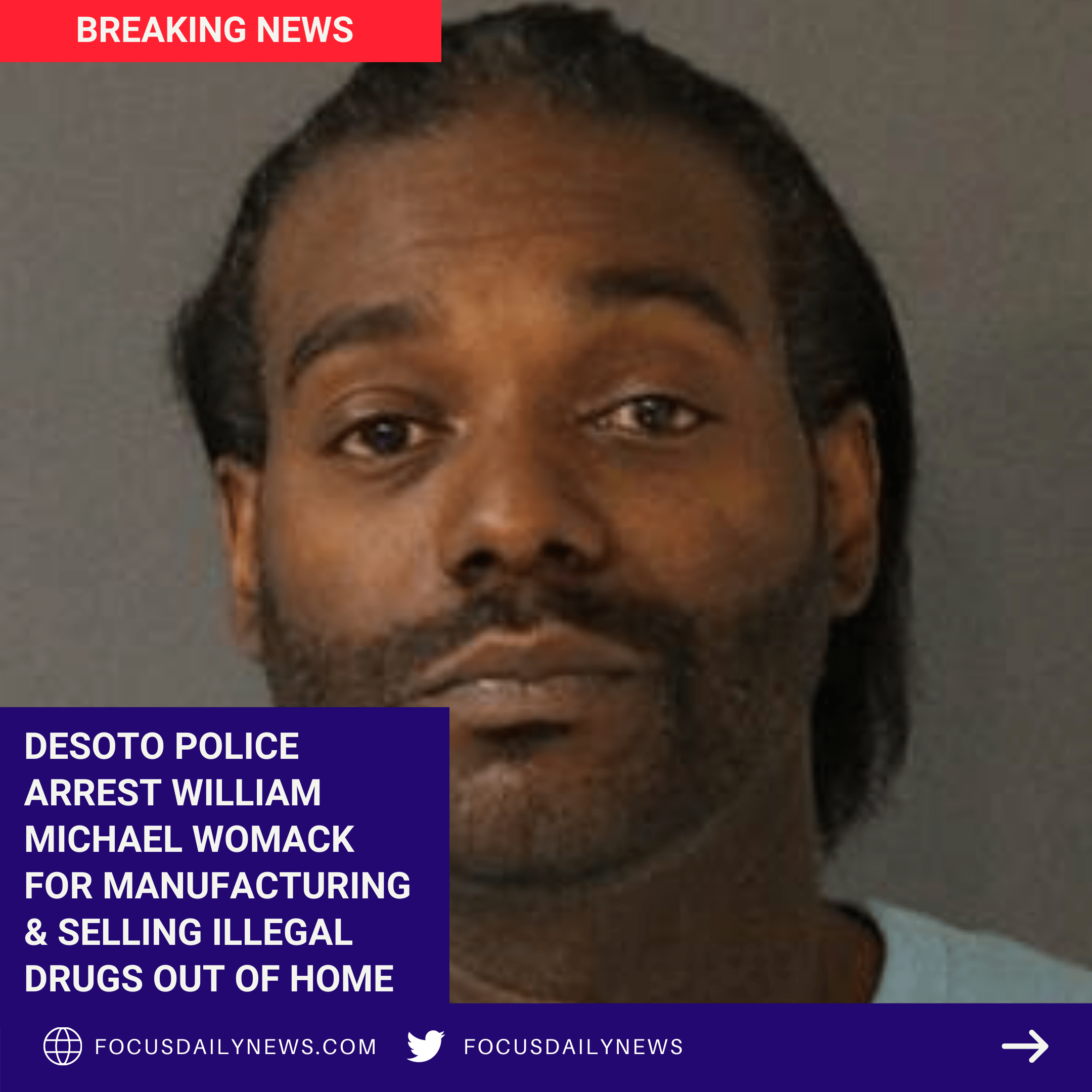