LANCASTER—A Texas Amber Alert has been issued for a 13-year-old Lancaster girl who was reported missing at about 10:48 a.m. Wednesday.

A family member said they received a call from an unknown male who said he was holding Shavon Le’Faye Randle against her will. Police said the family member told them the man threatened to harm the teen.

According to reports the Lancaster Police Department responded to a missing person call in the 1300 block of Southridge Drive. Upon arrival on the scene officers made contact with a neighbor and family member who reported a call from male who stated he had Randle against her will.

The unknown male also made threats to harm her. Law enforcement officials believe this child to be in grave or immediate danger.

“FB Everybody I need your help right now my baby girl Shavon Randle was taking from her aunt’s house this morning around 10 am,” said Shaquna Persley via Facebook. “Please y’all help me please help me. Amber Alert is out. God help me!”

Further investigation revealed a possible suspect vehicle was seen and described as a white 4-door sedan with the damage of dark paint transfer on the rear passenger side of the vehicle. Shavon

Contact the Lancaster Police Department at (972) 218-2711, if you have seen the missing person or have any information. This investigation is ongoing and an amber alert has been requested from the State. 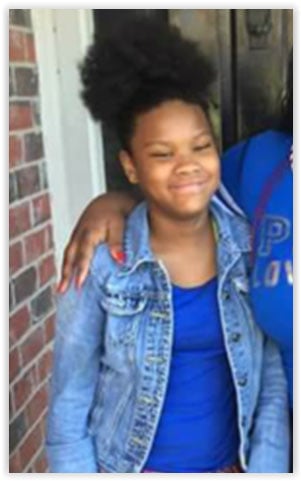