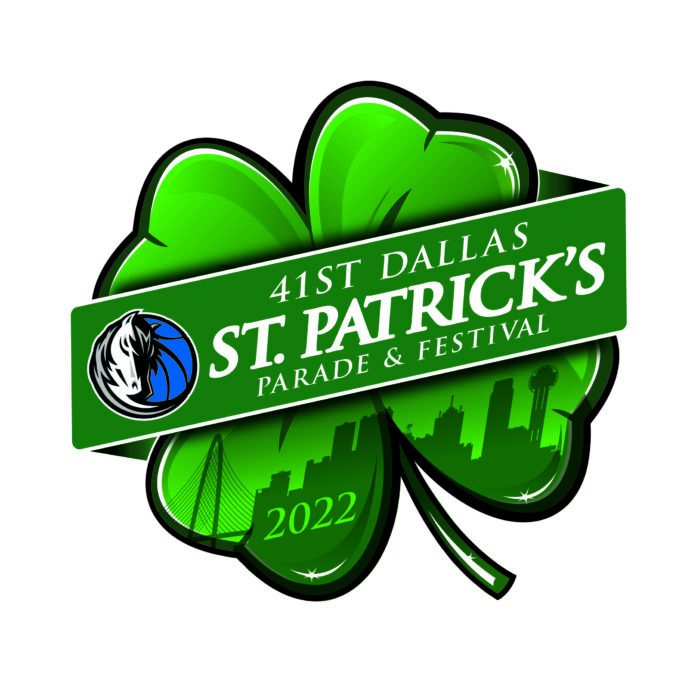 (DALLAS) –Are you ready to celebrate St. Patrick’s Day at the 41st Dallas St. Patrick’s Parade & Festival on Saturday, March 12, 2022?  The famous celebration is back after a two year break, presented by the Dallas Mavericks – the parade’s top sponsor since 2016.

Mavs fans will be pumped to see the legend Dirk Nowitzki as this year’s Grand Marshal. Nowitzki retired from the Dallas Mavericks in 2019 as an MVP and NBA champion after 21 seasons. His number, 41, was retired by the Mavericks earlier this year.

The parade will begin at 11 am on Greenville Avenue at Blackwell Street and end at SMU Boulevard and Central Expressway. The festival will run from 9 am until 3 pm, with a concert at Energy Square until 5 pm. The concert features TOADIES, 40 ACRE MULE, JAKE QUILLIN and DJ.

If you’ve never been before, you should know it is the largest St. Patrick’s event in the Southwest attended by over 125,000 people each year.

“Every year we look forward to one of the biggest events in Dallas, the St. Patrick’s Parade, and this year we are thrilled to once again partner with the Mavericks and Dallas’ own Dirk Nowitzki to bring that vision to life,” said Kevin Vela, Board Chairman of GAABA. “The Mavs organization has been our number one sponsor for many years and a phenomenal parade partner. We’re proud to work together to bring top notch family-friendly entertainment to the community while making a valuable contribution to area youth through our educational scholarship fund.” 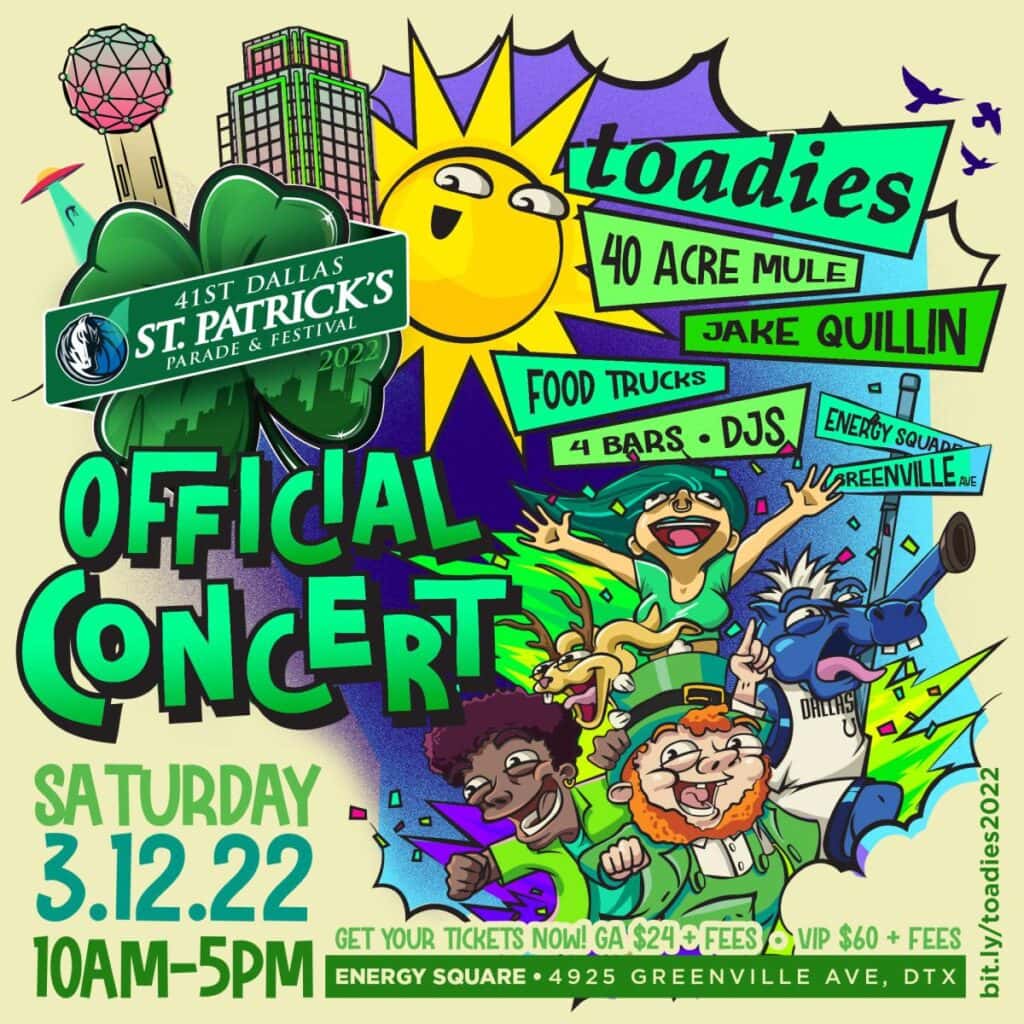 Featured event activities are open from 9 am to 3 pm, with the concert going to 5pm. Noted events include:

“The Mavericks are excited to be partnering once again with GAABA in 2022 to showcase one of Dallas’ most beloved traditions,” said Cynt Marshall, Dallas Mavericks CEO. “We love bringing the community together, and as a presenting sponsor, the Dallas Mavericks are showing up big with the Mavs Express bus, Mascots, and ManiAACs.”

Proceeds from this year’s parade will go toward the GAABA Scholarship Fund, which provides a total of $45,000 dollars to graduating seniors in DISD. Each year, GAABA awards $15,000 to select students at Conrad, Wilson, and North Dallas High Schools.

Online donations may be made at https://dallasmavsstpatricksparade.eventbrite.com. Click: “select a time” and then “tickets.” Scroll to the bottom for the Donations box and enter your desired amount.

“Our goal this year is to raise $41,000 in donations, which aligns with celebrating the parade’s 41st year and in honor of #41 — our Grand Marshal Dirk Nowitzki,” noted Vela.

The parade will begin at 11am. Officials recommend the public arrive on Greenville Avenue for festivities beginning at 9am. Because of the crowds and popularity of the parade, visitors should plan to arrive early and leave late. The festival runs from 9am until 3pm, with the concert continuing until 5pm.

The parade route starts on Greenville Avenue at Blackwell Street. Street closures are scheduled to start at 10:30 am for north and southbound lanes of Greenville Ave—and ends at SMU Boulevard at Central Expressway. Alternative routes around the parade area include Loop 12, Mockingbird Lane, and Park Lane with access to Skillman. Parade-goers are encouraged to ride share or ride the DART Rail, as parking is extremely limited.

Prefer to stay downtown and have a staycation to avoid traffic? Park & Parade package includes: Complimentary parking for one-vehicle per night in the hotel’s parking garage, Late Check-out at 3 p.m. & Free WiFi. Plus, Special Amenity (Bucket of beer) and 25% off food and beverage at Open Palette or Draft Sports Bar and Lounge.

Plus if you are wearing something green, snap a selfie in your green attire and post your photo with the hotel tagged. (Instagram @sheratondallashotel; Facebook @sheratondallas) Then, share the post with a bartender or server at Open Palette or Draft Sports Bar for a complimentary appetizer

In 1987, the Greenville Avenue Area Business Association (GAABA) was formed to help unify area business and promote the Greenville Avenue region. Its first objective is and always will be the presentation of the annual Dallas St. Patrick’s Parade & Festival. The Parade has grown to be one of the largest St. Patrick’s Parades in the country, with over 125,000 attendees and more than 100 parade entries. Proceeds benefit the GAABA Scholarship Funds benefiting Dallas ISD Seniors. To date, over $150,000 in scholarships have been awarded. Learn more at www.dallasstpp.com or on Facebook at The Official: Dallas St. Patrick’s Parade.

About the Dallas Mavericks

The Dallas Mavericks play in the Southwest Division of the Western Conference of the National Basketball Association (NBA). They began as an expansion franchise in 1980. The Mavs have won one NBA Championship (2011), four division titles (1987, 2007, 2010, 2021), and two conference championships (2006, 2011). The team is led by Owner Mark Cuban, General Manager Nico Harrison, and Head Coach Jason Kidd. In addition to on-court success, the Mavs are committed to making a difference in North Texas through outreach programs and the Dallas Mavericks Foundation. Learn more at www.mavs.com.