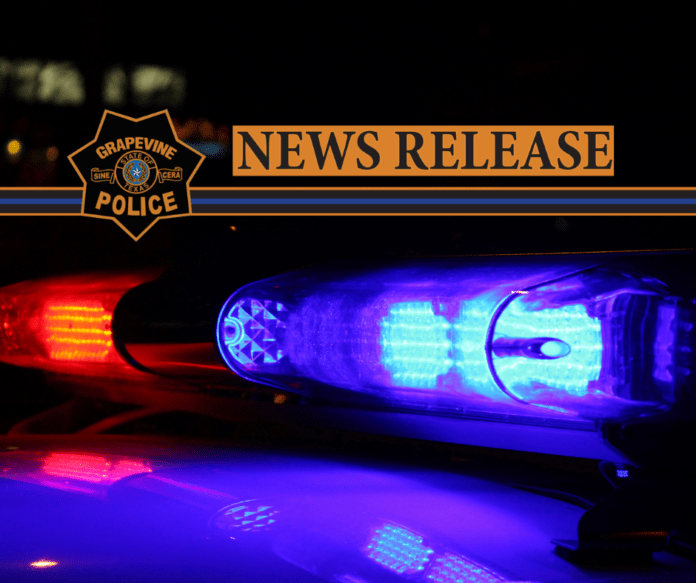 Today Grapevine Police were able to solve a shooting and arrest two individuals in under four hours.

Grapevine Police have arrested two men in connection to a shooting that left three people injured.

At approximately 4:45pm on Tuesday, May 4, 2021, two men in a black Dodge Charger exchanged gunfire with two men in a white Nissan Altima in the parking lot of the 7-Eleven located in the 3500 block of Grapevine Mills Boulevard. Both parties drove off in opposite directions. The Dodge stopped across the street in the Jack in the Box parking lot. The Nissan continued on towards Freeport Parkway.

Grapevine Police arrived at the Jack in the Box and discovered two men in the Dodge with gunshot wounds. One officer used his tactical medical kit to render aid to one of the victims, and slowed his bleeding until paramedics arrived. Both victims were transported to Baylor Scott & White Medical Center-Grapevine with serious injuries.

Police additionally found a gun on the ground, and witnesses believed one of the shooters may have run away. Officers began a perimeter search in the area. Police officers from Coppell, as well as K9 units from Grapevine, Frisco, Prosper and Hickory Creek assisted in the search.

Approximately 45 minutes later, a man approached a DFW Airport Police officer at the Shell gas station, saying the passenger in his Nissan had been shot multiple times. The passenger was transported to the hospital with serious injuries, and the driver was held for questioning.

Grapevine Officers determined the two men found near the airport were involved in the shooting at 7-Eleven. Investigators recovered two guns and narcotics at the crime scene, and believe men from both vehicles fired weapons.

The suspects’ names will be released after arraignment in Tarrant County. More arrests and charges are possible. The case remains under investigation. Anyone with additional information is asked to contact detectives at: CIDmail@grapevinetexas.gov.

Grapevine Police thanks all law enforcement agencies who assisted in this case.