Officers also identified the correlation between students that go astray academically and the chances of participating in crime later. This isn’t a new concept. Since  the 1970s, studies have pointed at the link between education, unemployment, and poverty.

The Principal of the Crockett Early Education School, Alisha Crumley, also noted how thankful they were that their school was awarded grant dollars this past summer. In the last Texas Legislative Session, Governor Abbott appropriated over $130 million for early education grants.

A portion of those funds have been used for their parent engagement services. Which, according to Crumley, have made a huge difference with parental involvement and academic performance.

In 2016, Council for a Strong America’s members met with the top leaders in Congress, state legislators in 30 states, and 10 of the presidential candidates to educate them about the importance of investments in children, youth, and families.

Following the discussion, the officers read to the students and surprised them with a tour of their patrol cars. Finally, students got hands on experience with a number of “cool gadgets,” including the fun lights and sirens. 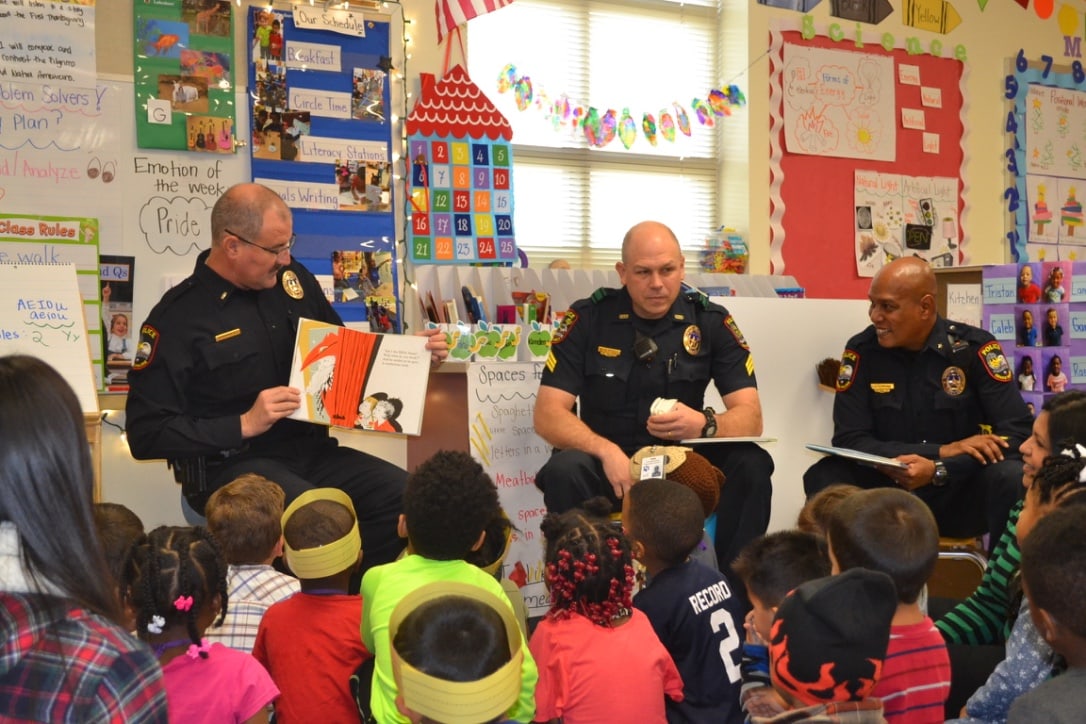