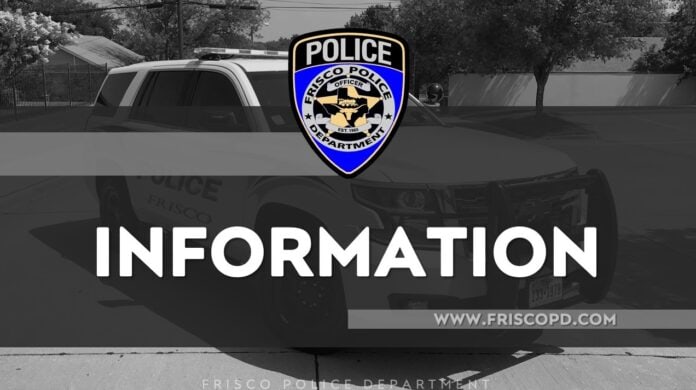 FRISCO, TX – Schools have been open less than a month, yet there have already been numerous threats and lockdowns across the DFW area. On Sunday afternoon, August 28, 2022, Frisco’s Police Department was notified of a threat posted on social media against Frisco High School.

FPD School Resource Officers and Detectives were able to identify the alleged suspect making the threats as a 16-year-old student that attends the school. Out of an abundance of caution, additional police officers were stationed at the campus during the investigation.

On Tuesday, August 30, the juvenile was detained without incident and later brought to the Frisco Police Department’s Juvenile Processing Office. He was charged with Terroristic Threat, which is a 3rd degree felony punishable by two to ten years in jail, and later transported to the Denton County Juvenile Detention Center.

The investigation is active and ongoing. No further information, including the name of the juvenile, will be released.

“The Frisco Police Department takes all threats made against our schools seriously and will exhaust all means necessary to hold accountable those responsible,” said Chief David Shilson. “I am thankful for the concerned students and parents who took action and brought the threat to our attention, as well as our continued partnership with the Frisco Independent School District, which helped expedite the investigation.”

Anyone with information regarding this incident is requested to contact the Frisco Police Department at (972) 292-6010. Tips can also be submitted anonymously by texting FRISCOPD and the tip to 847411 (tip411) or by downloading the Frisco PD app available on Android and iOS devices.

Remember to talk with your kids about reporting suspicious activity online, as well as the serious consequences about making threats.