My Escape To French Polynesia Bungalows In Tahiti

Once there, you have many excellent choices of where to stay since the Islands of Tahiti are vacation central for honeymooners and jet setters.

I was whisked to the ferry wharf in Papeete for a Catamaran ride to Moorea. The folks at the Moorea Pearl Resort and Spa were waiting for my colleague and I, so we could begin our South Pacific story.

The General Manager at the Moorea Pearl Resort and Spa was so friendly and accommodating that we really didn’t want to leave. The property is nestled around the village of Maharepa near Cooks Bay. We were given a four-wheel drive ride into the lush greenery of the island, allowing us to get a real feeling for the islands. However, as much as spending time exploring is fun, it’s always a treat to just hang out at the resort and enjoy the atmosphere.

The resort is both traditional and modern. Since the Islands of Tahiti are known for over the water bungalows, this place has 28 of them for the most lucky to enjoy. It was no to be for us, as we were instead put up in one of the garden rooms. The variety of the accommodation choices at the Moorea Pearl Resort and Spa assures there is something for everyone, whatever their budget.

The bungalows are all quite comfortable and there is  plenty to do on the property. One standout is the on-site coral nursery, which is part of the coral regeneration project. The idea is to continue the commitment to protect the fragile environment that surrounds the islands in this part of the world.

This hotel was actually the first one built on the island and dates back to the 1960s. Of course, it has seen a variety of transitions over the years, but even today you will find several stone tiki sculptures that are part of the Polynesian culture. They are reminiscent of the hotel’s history and can be seen in the lobby, garden and pool areas.

The Manea Spa is in the Taurumi tradition and can be found in the Moorea Pearl Resort. Since it is French Polynesia the spa treatments are traditional to the area. They feature 100 percent local ingredients from plants and flowers including the famous monoi oil from the coconut palm. The spa also has a hammam and a solar heating pool, Rumi Avai.

The hotels in Bora Bora are all relaxing and tranquil. The area reef is perfect for snorkeling and diving as you lazily improvise your day. In the distance, while staying in one of the 80 bungalows at Bora Bora Pearl Resort and Spa you will see the powerful Mount Otemanu in the distance.

Most visitors spend their time at the resort since it is not so easy to come and go, but that’s okay since you will find plenty to do from the Manea Spa to three restaurants to an on-site diving center. The resort also offers a tennis court, mini-golf, billiards and bocce ball courts.

While French Polynesia is quite expensive, it’s worth a once in a lifetime trip and the Pearl Resorts offer several different properties around the Islands so you can mix and match a vacation that will engulf you in the height of relaxation. 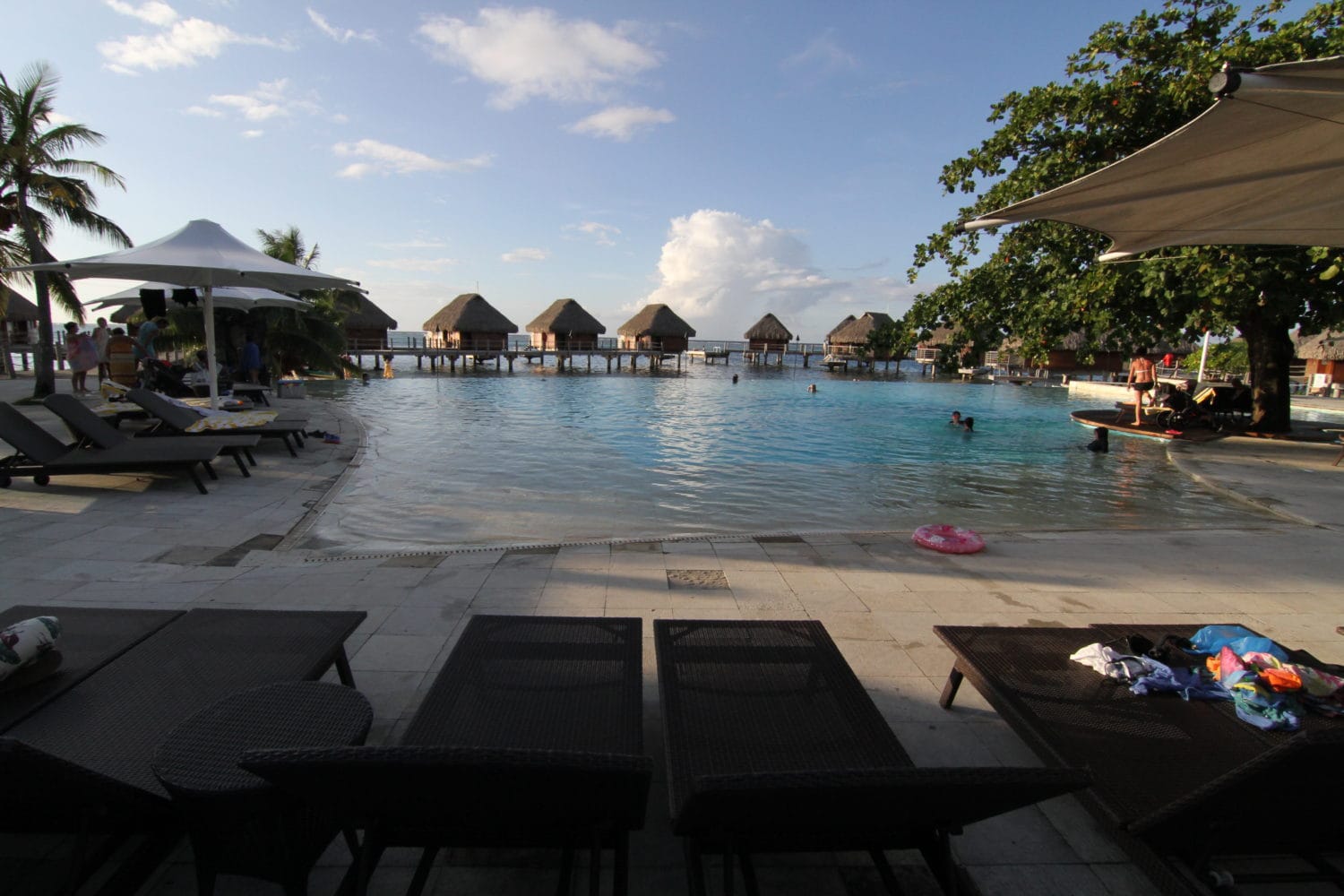