Editor’s Note: Here at Focus Newspapers, we recently received a letter that someone had filed for unmployment benefits under our company. The culprit had a social security number of the person correct, but spelled their name incorrectly. The day we got the notice, we replied to the Texas Unemployment Commission online and mailed them the form discussing the fraud along with explaination. We also called, but no one answered the call and there was no way to leave a message. Please take these things very seriously. A couple years ago people filed against us fraudulently and we replied but according to the TWC we replied to late so we were penalized a great deal of money since the TWC decided to pay the people anyway because we replied late. There is no reasoning with the TWC so respond immediately to any messages or letters from them. The letter we received this time said it was created on March 31 but it was not received until April 10, so close attention needs to be paid to the letters since postal service appears to be very slow at the current time. If you don’t respond quickly, you might be penalized as well, and the penalties can go forward for years!

ERCOT’s Energy Alert Has Texans Worried About The Summer

It’s April 13 and today’s predicted high was just under 80 degrees. Many of us haven’t switched on the air conditioning yet or if its on have it set much higher than it will be when the Texas heat moves in and we feel like we’re burning up. Yet, ERCOT (Electric Reliability Council of Texas) has issued a conservation alert.

Um, say what?!?! We all know triple digit temperatures are around the corner, so how is it we’re facing an energy shortage now?

The general consensus, there’s no way the Texas power grid is ready for summer if we’re having issues in April. Others criticized ERCOT for a lack of transparency and emphasized they need better communication with Texans. As one Facebook commenter wrote, “It’s APRIL!! WTH is wrong with ya’ll? I am a lifelong Texan and never seen anything like this. If you can’t handle spring what the hell are you gonna do for summer.” Meanwhile, others are shopping for generators to prepare for possible summer outages.

Higher Than Forecasted Demand Has Stressed The Grid 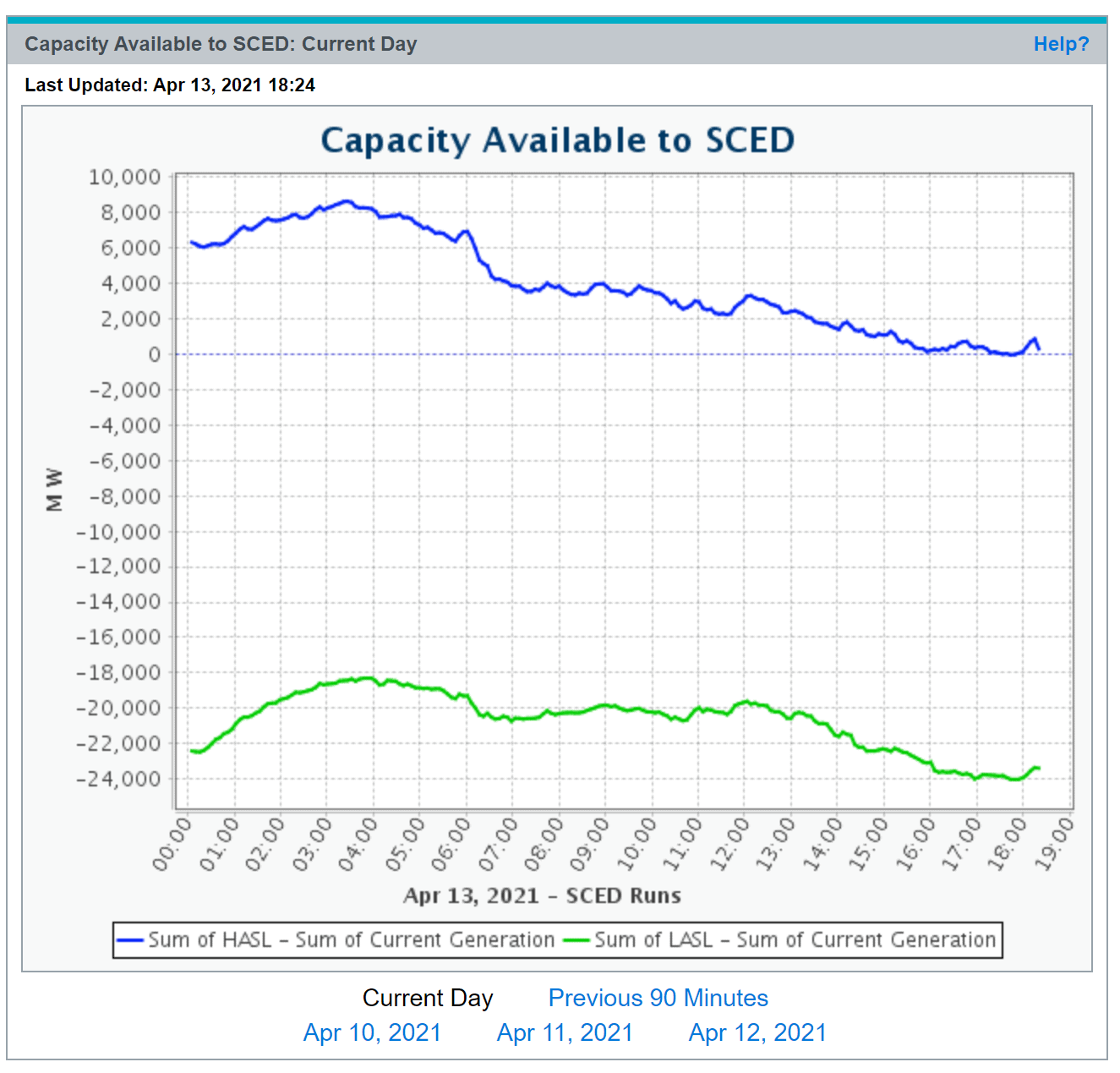 “Due to a combination of high generation outages typical in April and higher-than-forecasted demand from a stalled cold front over Texas, ERCOT may enter into emergency conditions this afternoon,” said ERCOT Vice President of Grid Planning and Operations Woody Rickerson. “Given the event in February, it is important to note that we do not expect customer outages. Rather, this emergency declaration allows us to access tools that will bring supply and demand back into line.”

No one has forgotten what happened in February and for many, today’s conservation warning created nervous Texans. So, what’s creating these issues? Well, ERCOT Vice President Woody Rickerson says many power plant outages are due to maintenance.

Rickerson said consumers and businesses are urged to reduce their electricity use this afternoon and evening.

So, delay that load of laundry, let the dishes sit in the sink a little longer, and cross your fingers ERCOT can manage demand better as we head into the hottest months of the year,