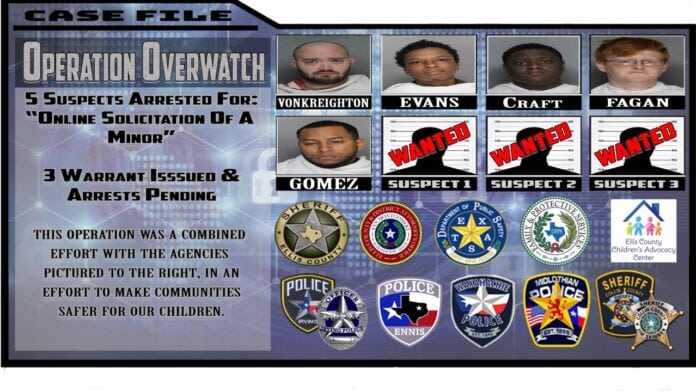 The Ellis County Sheriff’s Office, Criminal Investigations Division, conducted an undercover operation, focused on targeting those who prey on children. This operation was named “Operation Overwatch;” and involved the participation of nine state and local agencies.

The operation was successful in that, a total of eight (😎 adult predators were identified; five (5) arrested and booked into the Wayne McCollum Detention Center, Waxahachie, Texas. Arrests warrants were issued for the three (3) suspects who were not apprehended during the operation.