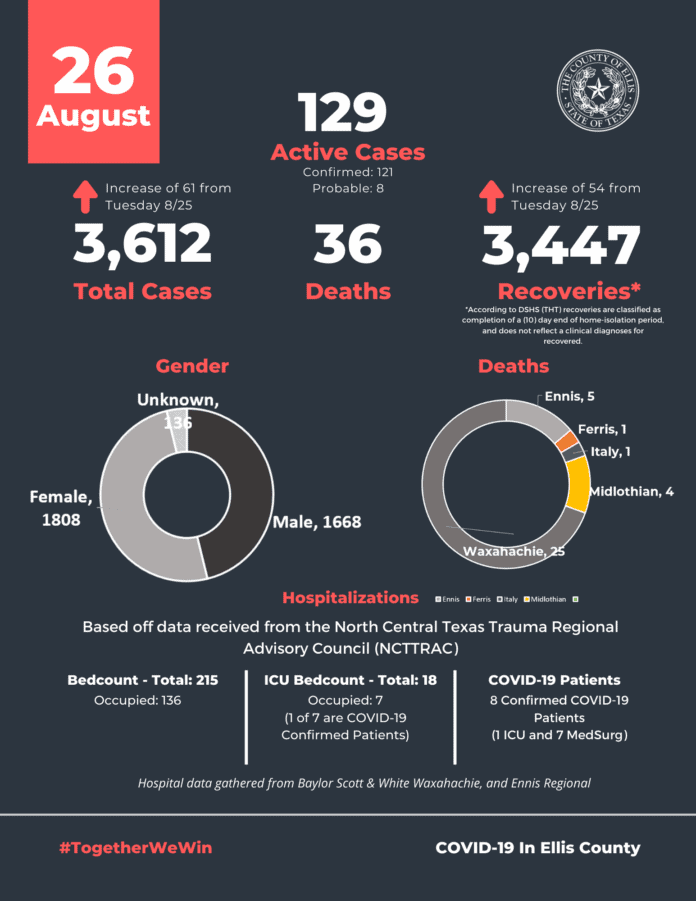 In Texas, the latest positivity rate — the percentage of positive cases to tests conducted over the past seven days is 13.5%. Cases in counties across Texas continue to decline, here’s the latest update for Ellis County.

According to the case line list provided by Texas Health Trace (THT) for August 26th, today’s report includes a total of 3,447 recoveries in Ellis County. Additionally, there have been a total of 3,612 reported positive COVID-19 cases in Ellis County, including 129 (8 probable and 121 confirmed) active cases.

According to the Texas Department of State Health Services Dashboard (DSHS), there have been 32,183 tests administered in Ellis County.

Comparison between DSHS Dashboard and THT

Ellis County reports on COVID-19 updates as they are received from the State of Texas through the Texas Health Trace (THT) platform. In order to uphold transparency, today’s report includes corrections made by the Office of Emergency Management (OEM) in the case line lists received from the State. These corrections include removing
duplicated cases, removing case counts that were outside the county’s jurisdiction, and adjusting cases to the appropriate city jurisdiction.