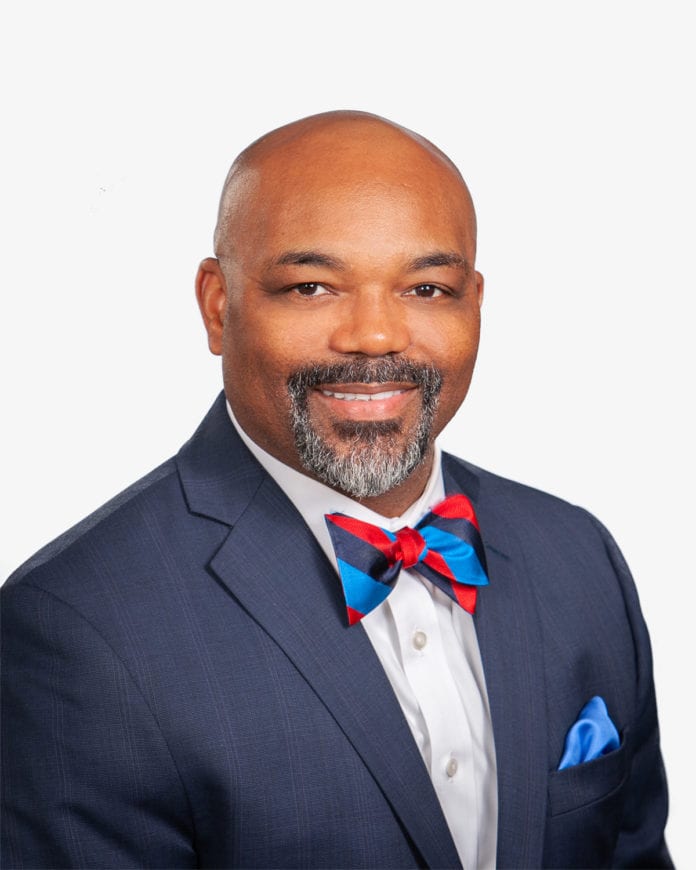 Dr. Marc Smith, Superintendent of Duncanville Independent School District since 2016, has been named Superintendent of the Year for Region 10. Dr. Smith thought it was just another work day at his office when he was surprised by school board members and school leaders who came to the administrative building to surprise him with the news.

Dr. Smith said he was humbled and honored to be selected as the Region 10 Superintendent of the Year. He has spent over 20 years as an educator, coming to Duncanville after serving as Superintendent of Marshall ISD from 2012-2016.

Region 10 Superintendent of the Year

As the Region 10 Superintendent of the Year, Dr. Smith represents a region that includes 130 independent school districts. The region also includes charters and private schools across ten north Texas counties, including Dallas County. The state committee will interview the 19 regional finalists. From the nineteen finalists, the committee will select five state finalists and one TASB Superintendent of the Year.

The TASB Superintendent of the Year’s school district will receive a $5,000 award at the 2020 TASA/TASB Convention. The convention is Oct. 2-4, 2020 at the Kay Bailey Hutchison Convention Center in Dallas.

The Texas Association of School Boards Superintendent of the Year (SOTY) award program has honored outstanding administrators’ achievement and excellence in public school administration since 1984. These school leaders exhibit exemplary and visionary leadership toward improving student performance. They are chosen for their strong leadership skills, dedication to improving the quality of education in their districts, and commitment to public support and involvement in education.

“Dr. Smith deserves this recognition and so much more,” said Duncanville ISD Board President Cassandra Phillips. “He is exactly where he is supposed to be at this exact moment and we are blessed to have him. With everything going on in the world right now, Dr. Smith is the right person to lead Duncanville ISD through a health pandemic and all the challenges that come with it. He operates with such style and grace, and strategic preparation.”

After joining Duncanville ISD four years ago, Dr. Smith developed an entry plan focused on listening and learning about what makes this school district unique. He believes in always putting students first. He has also worked toward improving communication with the district’s leaders and partners. These initiatives helped drive Duncanville’s academic achievement to new heights, as well as expand educational programming for students.

Since Dr. Smith’s arrival in Duncanville, there has been an increase in students returning to the district. There has also been an enhanced focus on academic excellence. In 2019, Duncanville ISD achieved a “B” accountability rating, so the “City of Champions” became the highest performing district in the Best Southwest area.

With his adage: “Professionalism, Accountability and Communication” (The PAC), Dr. Smith believes in coaching and developing leaders within the district. The Inspiring Leaders Academy provides mentorship and career growth that has resulted in the promotion of dozens of new leaders.

A resident of Duncanville, Dr. Smith is the father of three children. His oldest son is a graduate of University of Texas at San Antonio, his middle son attends college in Houston, and his daughter is a student at Texas State University in San Marcos.

Powered by Convert Plus
650 shares