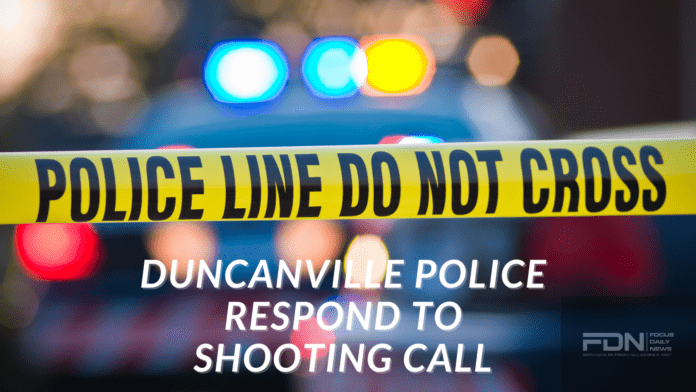 On April 26, 2021 at approximately 1:10 pm Duncanville Police were dispatched to 1110
Explorer St. regarding a potential disturbance between two parties who were not both
on location at that time. Before officers, who had been re-routed due to an in-progress
emergency apprehension of a person needing a mental evaluation, could arrive, reports
of shots fired began to come in for the location on Explorer from multiple callers.

Upon arrival, officers found one person who had been shot. That person was
transported to Charlton Methodist Hospital and was soon thereafter pronounced
deceased. Officers also identified several witnesses and believe there may be another
gunshot victim who may have fled the area prior to officers’ arrival.

Duncanville Police Department says this is an on-going investigation and they believe they have a multitude of leads upon which they are actively following up.