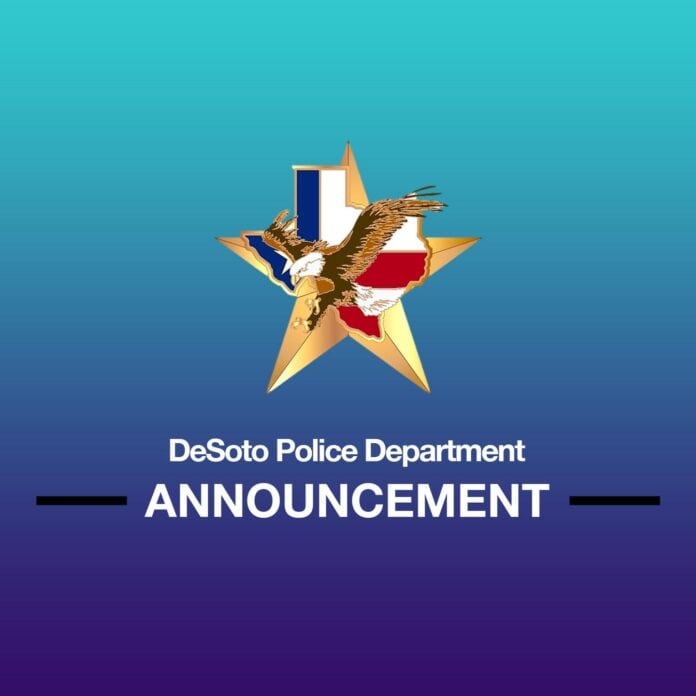 Suspect in Custody/Victim Not Yet Identified

DeSoto Police have a suspect in custody for a fatal shooting early Sunday morning at an apartment on the 200 block of East Wintergreen Road near Hampton Road. Officers responded to a call of shots fired at the location shortly after 1 AM Sunday and found that an unidentified male was dead and had apparently been shot to death inside of the apartment.

Detectives found evidence of a gun battle and determined that the suspected shooter had also been wounded in the exchange. A short while later they confirmed that a potential suspect was being treated for gunshot wounds at a local hospital. Detectives followed up, secured a warrant, and were able to take 19- year-old Julian Jones of Camp Wisdom Road in Dallas into custody. Jones is being held pending arraignment. An investigation is ongoing to identify the victim inside of the apartment. Police believe that this was an isolated incident and there is not threat to the public at large.

DeSoto Police ask that anyone with information related to this case notify them at (972) 223-6111 and ask to leave a message for Sergeant Joshua Parker. Media seeking follow-up can also contact the same number and ask to message Sergeant Parker.