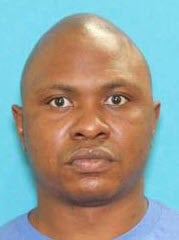 DeSoto Police have announced that 39-year old Raymond Earl Turner Jr. has been charged with the murder of his domestic partner, 52-year old Jacqueline Renea Archuleta who was found unresponsive and later pronounced dead on Monday in her home in the 1100 block of Marisa Lane in DeSoto. The victim suffered severe trauma to her body and died as a result.

Turner was arrested in Moab, Utah, on Monday, December 13th on an unrelated charge, and while in custody began talking in detail about the incident in DeSoto to local law enforcement representatives including the Federal Bureau of Investigation (FBI). DeSoto Police Detectives Javier Acosta and Stephen Boor traveled to Utah as part of the investigation and the DeSoto Police Department has since then charged Turner with murder.

Detectives Acosta, Boor, and other DeSoto Police representatives have been working directly with the Moab Police Department, the Grand County (Utah) Sheriff’s Office, and the Grand County (Utah) District Attorney’s Office to hold the suspect until he can be extradited to Dallas County to formally face his murder charge and stand trial.

Turner is being held without bond at the Grand County, Utah, Jail. A recent photo of the suspect is attached to the email. No further details about the incident are being released at this time.