DESOTO—Steven and Marilyn Blethen of DeSoto bonded in a way that no couple wants to, they both had breast cancer.

The good news, they both survived it.

In their 70s, the couple has been living in DeSoto since 2002 and the Best Southwest area since 1981 when they moved to the area from Michigan. They have two daughters.

Steven’s cancer was discovered in June 2008 and was at Stage 2 or 3 while Marilyn’s was discovered as a result of a routine mammogram in 2013 at a very early stage.

Fortunately, neither of them had cancer that had spread.

“It was all “in situ” and thus contained within the lump or nodule–a great blessing,” they wrote in an e-mail response.

Both of their cancer was estrogen-based and, therefore it was determined both needed to avoid consuming foods with soy.

“Both of us were pleased and impressed with the treatment we received in both cases,” Marilyn said. “Steve has been cancer-free for over 10 years and me for over five years.”

The Blethen’s emphasize that breast cancer has long been known as a woman’s disease so men who are treated with breast cancer is relatively uncommon.

“There are many emotions that Steve went through starting with a form of unbelief that this could be happening to him and followed by a form of embarrassment at being a man with a woman’s disease,” Marilyn explained. “However through this experience that has changed and now Steve fully embraces his reality. It took a while to get to this point and the path was paved with strange experiences.”

One such example was his going to a women’s center to get a mammogram alone.

“Then he was unprepared for the actual mammogram procedure,” Marilyn said. “It has surely made him more empathetic toward anyone who must endure the discomfort involved in the mammogram procedure. However he is also very committed to the importance of that procedure and the benefits that come from early detection. His concern is that most men are totally unaware of the fact that they are susceptible to getting breast cancer and thus do not get regular mammograms like women do.” 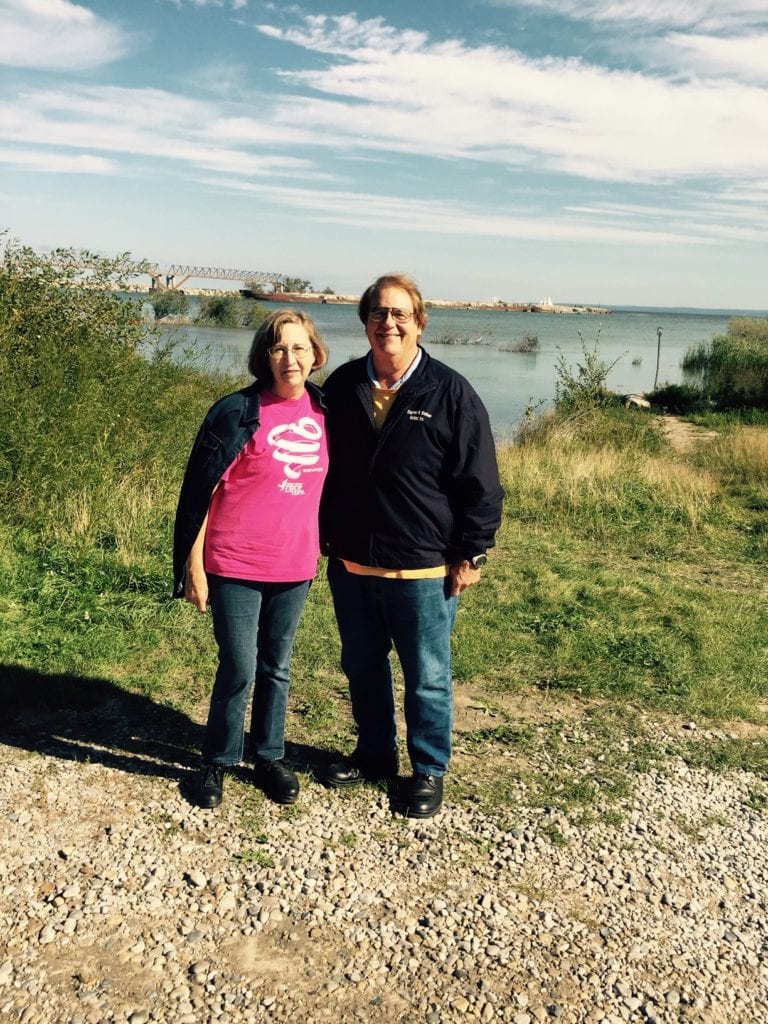 Both Steve and Marilyn said this experience has given them a greater appreciation for life and a greater understanding of the uncertainties of life.

“It makes us more aware of the importance of not wasting the time that we have on this earth,” Marilyn concluded. “Our journey has made us want to make the most of whatever we do and to spend our time wisely. It has strengthened our faith and made us more committed to living out our beliefs and to doing whatever we can to encourage people and to improve the lives of others.”

Marilyn’s main message is for women to get their mammograms in a timely manner. And then to follow through with any recommendations from their doctor such as to get a biopsy.

Do not delay. Early detection is so important.

“As a result of early detection (combined with other factors) I was able to have the IORT procedure,” Marilyn said. “…. I like to say that I “cheated” when it came to my radiation because it all happened while I was under anesthesia during the surgery;  there wasn’t a myriad trips to have multiple radiation treatments; and I had no side-effects from the treatment. So…I was the beneficiary of the blessing provided by that procedure.

Steve’s main message to men is, “Yes, YOU can get breast cancer.”

He encourages men to regularly do breast self-examination. Since that would have lead to even earlier detection for him than his chance encounter with the Suunto watch. He urges men not to be too “macho” to do what is prudent for their overall health and welfare.

Finally, breast cancer is not just a women’s disease.