Mayor Mike Rawlings and Micki Rawlings welcomed Ali MacGraw and Ryan O’Neal to Dallas for their two-week tour with “Love Letters.” Ms. MacGraw received yellow roses and O’Neal was given a Stetson hat.

The duo who first broke our hearts as Jenny and Oliver in “Love Story” have been reunited for a touring production of A. R. Gurney’s poignant “Love Letters.” After opening to an appreciative audience April 22, the classic play will be onstage at the Winspear for two weeks. Tickets start at $30.

“Love Letters” is the tale of two friends since childhood whose love for each other is told by the letters they write over a 50 year periods. Even though their paths go in different directions, they always write to each other. It makes you realize what an art letter writing is, even though it now seems to be a lost art. 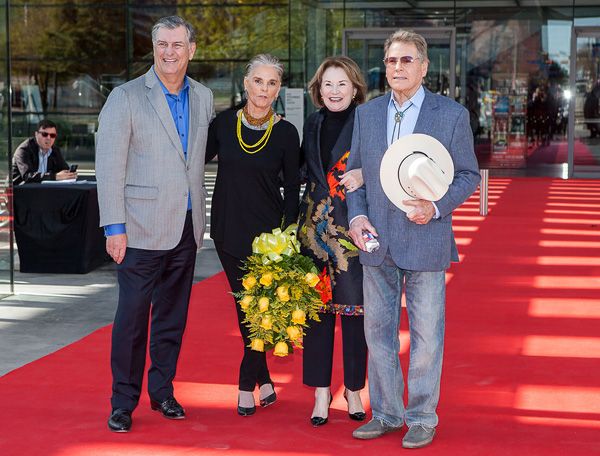