Home News Cyclin’ With The Mayor Backs The Blue 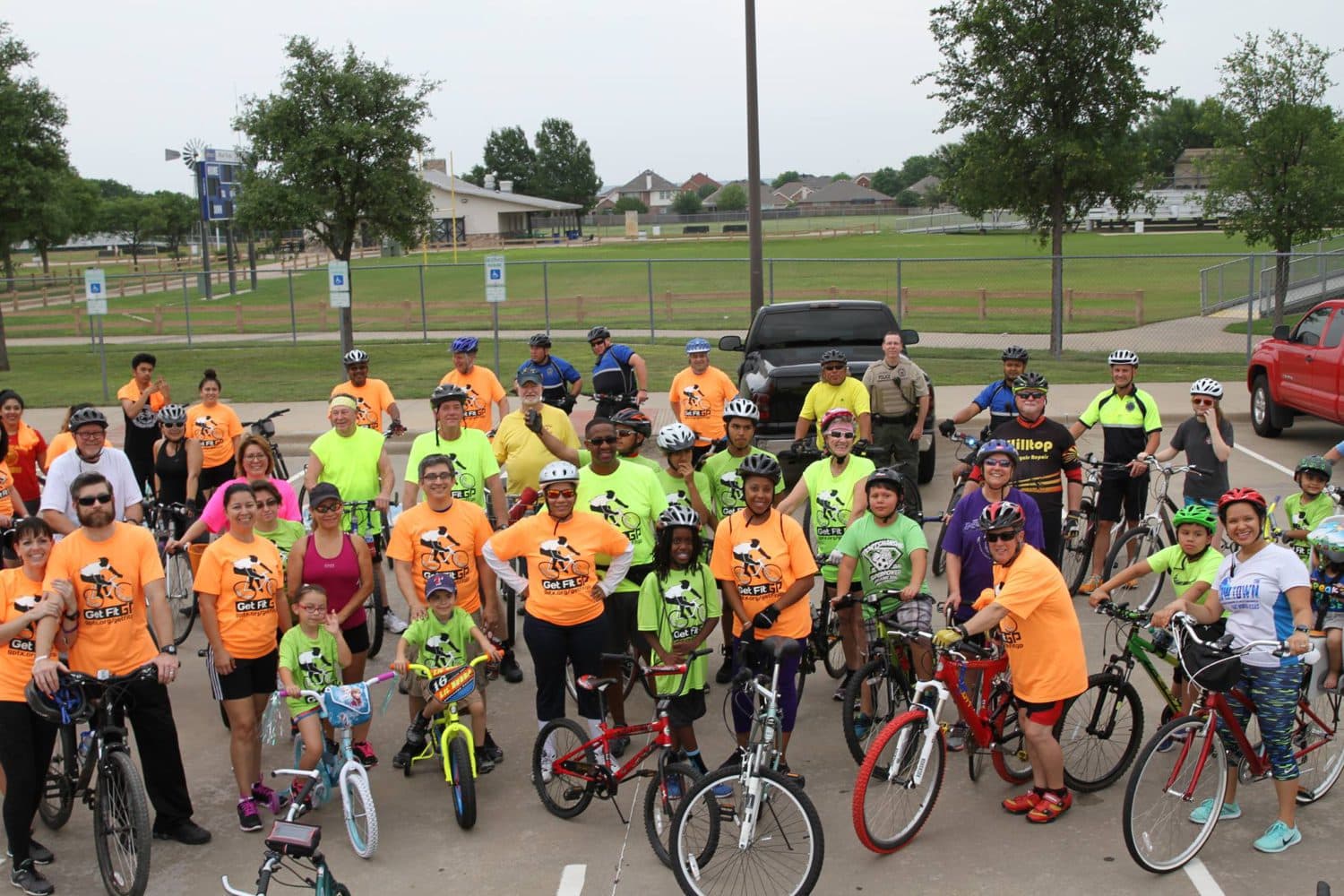 Grand Prairie Mayor Bikes To Back The Blue

GRAND PRAIRIE—It’s a common occurrence to see the Grand Prairie Mayor cycling around the city every month.

However, this month the Cyclin’ with the Mayor bike ride takes on a bit more significance. That’s because the July 25 bike ride with Mayor Jensen will focus on backing the blue. Not only the blue in Grand Prairie, but throughout the entire metroplex.

“One year ago Dallas lost five officers in an ambush,” Jenson said. “That weekend we decided to honor our Police by making my ‘Cyclin’ with the Mayor’ ride a ‘Back the Blue’ ride. We will continue that tradition with the second annual ‘Back the Blue’ community bike ride this year.”

“Denise Hunter, a long time Grand Prairie resident and widow of Grand Prairie’s fallen hero Sgt. Gregory Hunter, suggested the idea to Mayor Ron Jensen,” Tolentino said. “Our Mayor was very enthusiastic about the idea and supported her suggestion of honoring local Police Officers through our Cyclin’ with the Mayor ride.”

With 100 participants taking part in the ride last year, Tolentino said the city hopes to exceed those numbers this year. The first 100 attendees will receive free “Back the Blue” t-shirts. This month’s bike ride will begin at Lloyd Park.

The ride, which focuses on honoring Grand Prairie’s fallen heroes will also include a remembrance to Officer Lyndon King, March 1, 1982 and Sgt. Gregory Hunter, June 18, 2004.

“These officers will be recognized on the t-shirts that we are distributing at the event,” Tolentino said.

Following the ride, attendees are invited to meet at Grand Prairie’s Crazee Crab & Oyster Bar. First responders will receive a complimentary meal provided by Crazee Crab and the City of Grand Prairie.

For folks who want to take part, but not participate in the bike ride, can meet at the restaurant after the ride is over at approximately 7:45 p.m.

“We encourage everyone to wear blue,” she added.

Jensen, city staff, first responders and local bike enthusiasts will participate in this six mile ride. As part of the Community Wellness Initiative, Cyclin’ with the Mayor runs through the months of April to November.