“Whenever we discuss issues, I want the scholars to keep an open mind,” Clear said. “Sure, you always have your own bias, but you try to keep it out as much as you can and encourage critical thinking.”

They watched a film that showed the criticism and failures of capital punishment. Clear, in his effort to emphasize critical thinking, asks the scholars how their perspective may be different if they were a close relative who dies in a heinous crime.

“When scholars pick a position, they have to be able to defend their answer and also understand the opposition,” Clear said. “I try to bring as many discussions as I can bring, encourage questions and try to answer as many as I can.”

Clear, who grew up in Dallas, is in his second year at Cedar Hill High School. He arrived at CHHS, from a neighboring district, due to the Early College Academy.

People usually associate Geography with locations, topography and landforms. That would be an accurate description of World Geography. Whereas, Human Geography has a lot more to do with people and populations throughout the globe, including development, economics, culture and politics.

“We live in a more global society, and I want the kids to think globally in all things that they do,” Clear said. “We have a curriculum, but I have a great amount of control in how I deliver it. Working with young people is fun. We try to do as many interactive activities as possible to get all of the scholars involved.”

Clear earned a Bachelor’s Degree in History from Prairie View A&M University (PVAMU). By his sophomore year at PVAMU, Clear knew he wanted to teach history at the secondary level.

“I had a really good history professor at Prairie View A&M,” Clear said. “He spoke about the lack of black male educators, and it really inspired me to do something I could do in the community to change. Looking back, I couldn’t imagine doing any other job.”

Upon returning to the Dallas area, Clear became a history teacher and earned a Master’s Degree in Liberal Studies from Southern Methodist University.

Clear has taught most social studies classes between eighth and 10th grades during his career. Last year, he taught a Civil Rights class, and in the past, he’s taught both US History and World History. 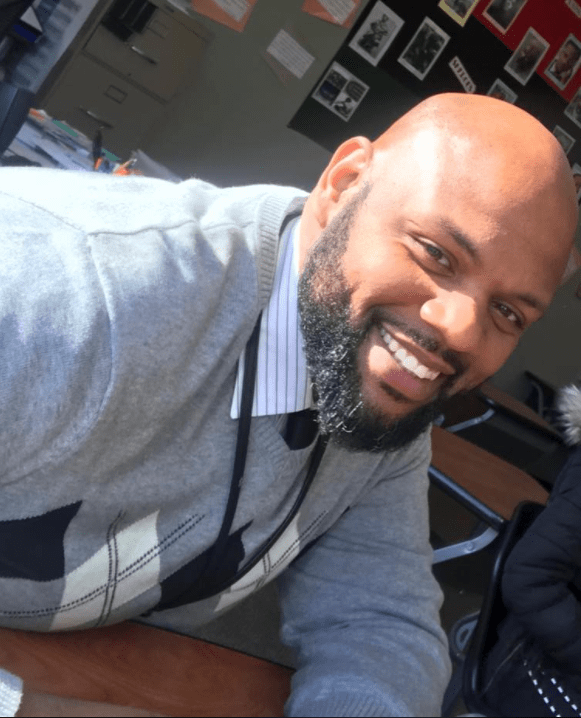