PUEBLO, Colo. (November 9, 2020) – Ahead of the 2020 PBR (Professional Bull Riders) World Finals: Unleash The Beast Nov. 12-15 in Arlington, Texas at AT&T Stadium, the league has announced the 39 riders who have qualified to compete at the sport’s most prestigious event. One rider is poised to conclude the historic four-day event as the 2020 PBR World Champion, earning the coveted gold buckle and $1 million bonus.

After finishing No. 2 in the world title race the past two seasons, current world leader Jose Vitor Leme is riding to complete his dominant 2020 season with his career-first PBR World Championship.

Leme won a league-leading seven Unleash The Beast events during the regular-season, in addition to topping the leaderboard in round wins (15), championship round wins (5), 90-point rides (8), bulls ridden (41) and riding percentage (41-for-60 – 68.33%). The former semi-professional soccer player will enter the 2020 PBR World Finals with more than double the world points of any other rider except world No. 2. Joao Ricardo Vieira.

Vieira is in contention for his first PBR World Championship in a building where he has had great success, winning more than $895,000, including two Iron Cowboy PBR Majors inside AT&T Stadium

The 36-year-old veteran concluded the regular-season on a high note, winning the final Unleash The Beast tour stop in Nampa, Idaho. His momentum continued in the PBR Pendleton Whisky Velocity Tour Finals, finishing third on Saturday night to gain further ground on No. 1 Leme. Vieira now trails his countryman by 424.59 points ahead of the 2020 PBR World Finals, Leme’s smallest lead since late August.

Lockwood, sidelined since early October due to a right shoulder injury, will return to competition at the 2020 PBR World Finals with the experience of overcoming daunting odds to win a world title. Lockwood made a come-from-behind surge in 2019 to overcome Leme in the standings, winning both the World Finals event and PBR World Championship. The Montana man is the youngest two-time PBR World Champion in league history, winning his first title in 2017.

Two-time PBR World Champion J.B. Mauney earned his 15th consecutive qualification to the PBR World Finals despite being sidelined until August as he continued to recover from right shoulder surgery. The grizzled veteran was electric in his return to competition, recording five Top-10 finishes on the elite Unleash The Beast, including three consecutive fourth-places finishes to conclude the regular-season, vaulting him 157 positions in the world standings.

After announcing his retirement at the start of the season, Ryan Dirteater’s storied career will end inside the home of the NFL’s Dallas Cowboys. Dirteater, who has now qualified for 12 PBR World Finals, has been plagued by injury in 2020. After sustaining thoracic fractures in February, which kept him out of competition for three months, the Oklahoman broke his collarbone in August, requiring an additional two-month recovery.

Presently ranked No. 36 in the world, Dirteater is a former PBR World Finals event winner, victorious at the multi-day bull riding marathon in 2016.

The 35 qualifiers via the world standings who will put it all on the line in the Lone Star State are:

While Fabiano Vieira, Matt Triplett and Andrew Alvidrez qualified to compete, all remain sidelined due to injury. Additionally, Aaron Kleier was unable to accept his qualification due to travel restrictions, and Dakota Buttar and Lachlan Richardson were ineligible.

Alex Cardozo (Indaiatuba, Brazil), Wallace Vieira de Oliveira (Goiania, Brazil) and Cody Campbell (Summerville, Oregon) punched their tickets to the prestigious event compliments of their season finish in the PWVT standings. Cardozo concluded the year No. 3, a slim 4.67 points behind standings leaders Taylor and Oliver, while Oliveira was No. 5 and Campbell was No. 7.

At 41 years of age, Oliveira is now the oldest rider in league history to qualify for the PBR World Finals. The record was previously held by Gary Richard (Houston, Texas) who was 40 when he qualified for the 2002 PBR World Finals.

Each rider will ride one bull per night during Rounds 1-3 from Thursday, November 12 through Saturday, November 14. On Sunday, November 15 all riders who recorded a qualified ride through the first three days of competition will advance to Round 4. If fewer than 30 riders recorded a score, cowboys will be drawn back based on their world rank until the requisite field of 30 is filled. Following Round 4 on Sunday afternoon, the Top 15 riders will then advance to the championship round. While Round 1 and 3 will be done by random draw, Round 2 and 4 will feature rider drafted selections.

The rider that earns the most world points through the five rounds will earn the PBR World Finals event title and $300,000.

PBR also revealed the available World Finals bullfighters that will take to the dirt to protect the best bull riders in the world. Shorty Gorham, Frank Newsom, Jesse Byrne and Lucas Teodoro will be vigilant throughout each 8-second ride or wreck throughout the week.

RidePass will also bring viewers LIVE coverage of all the action. Streaming will begin at 9:15 p.m. ET Thursday and Friday, 7:15 p.m. on Saturday, and 5:15 p.m. on Sunday at RidePass.com or via the RidePass app available on iOS, Android and Roku.

The 2020 PBR World Finals Week will also include the landmark $750,000 Women’s Rodeo World Championship, in partnership with WCRA (World Champions Rodeo Alliance). Featuring some of the world’s fiercest female athletes, the more than 200 contestants will compete in four disciplines (barrel racing, team roping (heading and heeling) and breakaway roping) with each champion earning a $60,000 bonus.

Apart from the action in the arena, the PBR will hold a free-to-attend, four-day fan zone in Lot 4 of AT&T Stadium. In addition to holding the 2020 MBR (Miniature Bull Riders) Finals, the fan zone will also feature LIVE tapings of Flint Rasmussen’s “Outside The Barrel,” talk show. There will be mechanical bull rides from veteran rider Chase Outlaw (Hamburg, Arkansas), and a $10,000 Ultimate Bullfighters event. Texas Live! will also welcome PBR for two post-event concerts on No. 13-14, featuring Chevel Shepherd and Wynn Williams.

Tickets are on sale now and can be purchased online at ATTStadium.com or SeatGeek.com. Also, via the phone to PBR Customer Service at (800) 732-1727. 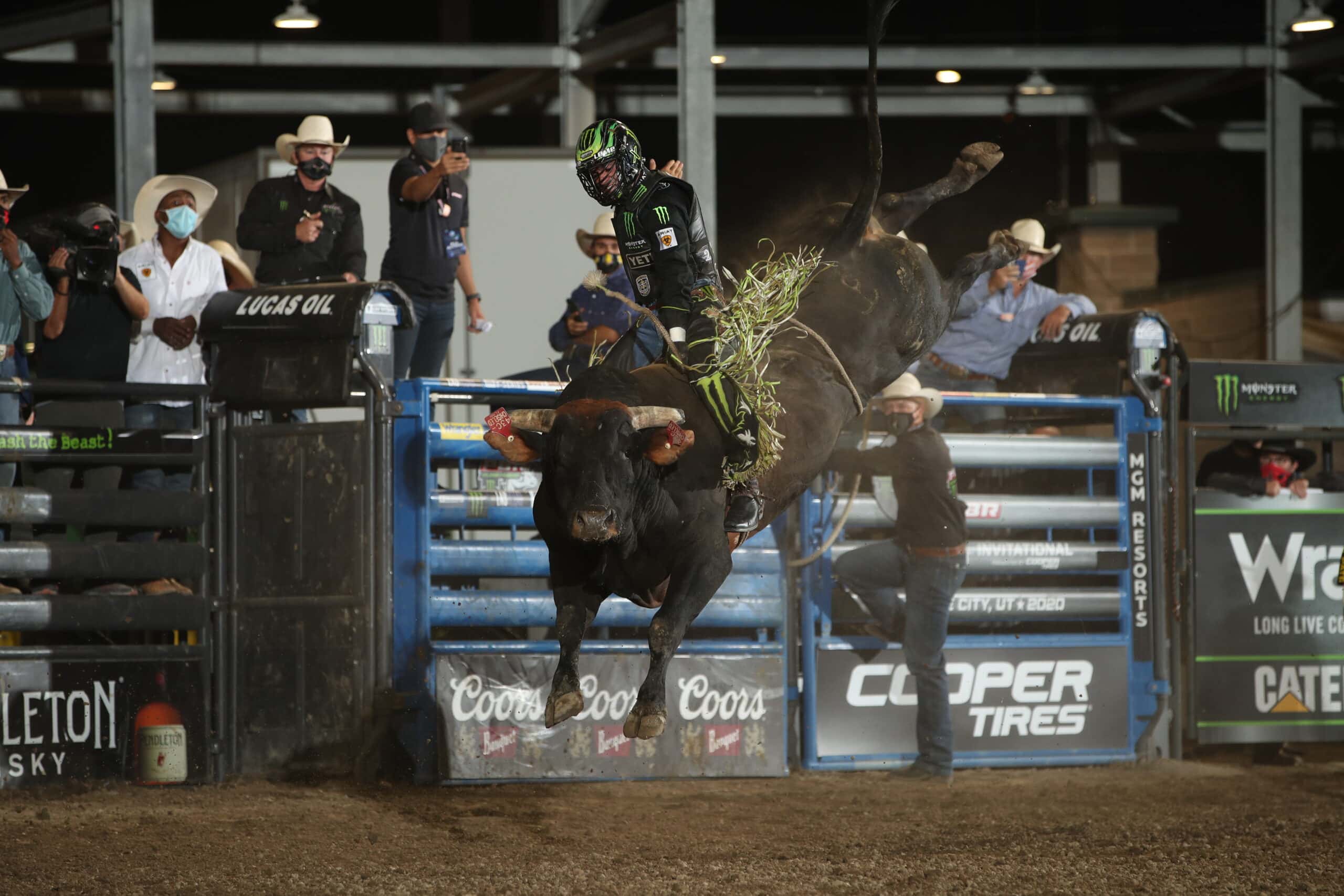