Home Technology What Is Pokemon Go? 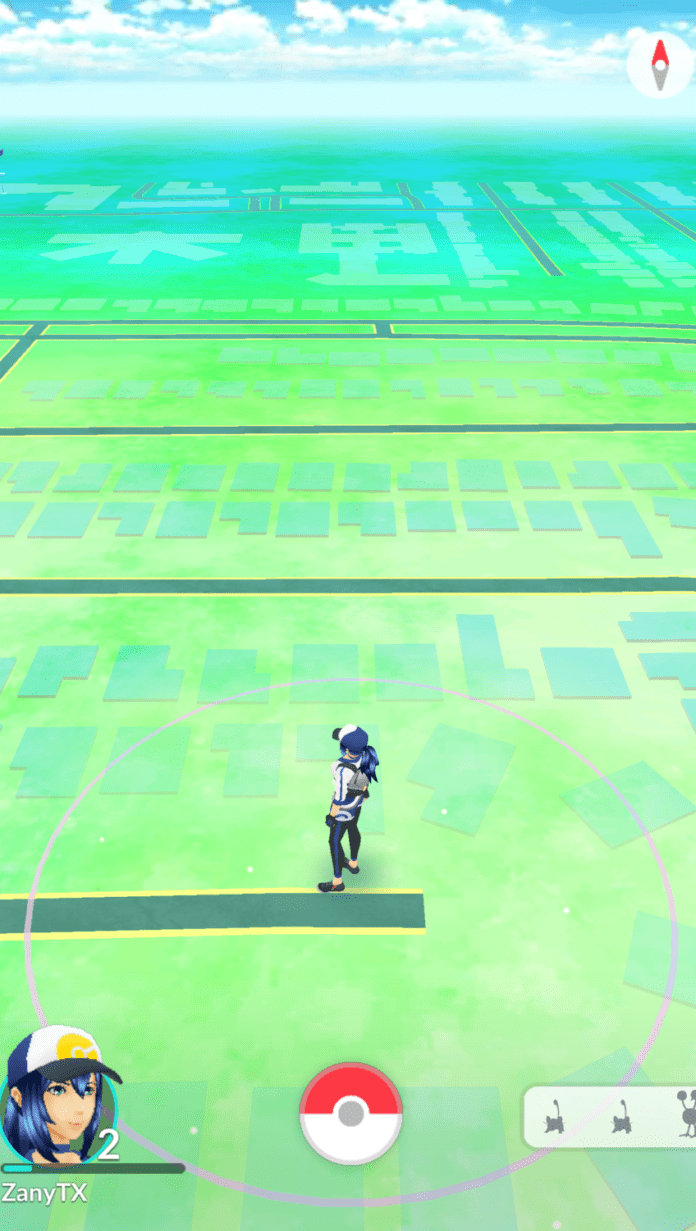 What Is Pokemon Go?

I can’t turn on the TV, the radio, or scan my Facebook newsfeed without seeing or hearing about Pokemon Go. Kids are buzzing about it, friends are posting about catching Pokemon species, and the news is full of reports about players trespassing, etc. So, what is Pokemon Go?

When you need the scoop on the newest app on the market, turn to a Millennial. I asked Marlon Hanson’s grandson, Daniel Hanson, what is Pokemon Go and how do you play?

In his own words: Pokemon Go is an iOS or Android app that allows you to walk around your yard, the park, and even public places like the local Walmart, to find and catch Pokemon. Okay Daniel, but how do you play? (Daniel Hanson provided me with the how to, which I’ve included for those of you exploring this popular app)

How Do You Play Pokemon Go?

First, install the Pokemon Go app on your phone and begin by creating an account. Now that you’ve chosen a username, you’re ready to start by capturing a “beginner Pokemon”. You have three choices: a Charmander, Squirtle, or Bulbasaur.

Now it’s time to enter the world of Pokemon with your own customized avatar. This world is based on your real world location and your phone’s GPS tracks your avatar’s movements.

On the bottom of this screen is a Pokemon ball which is your menu. From the menu you can view your items, which Pokemon you’ve captured, Pokedex, or shop for items in the in-app store. On the right bottom of your screen, there’s an icon that shows which Pokemon species are nearby.

The first time you try to catch a Pokemon you have to choose how you want to catch them, in the game world or using augmented reality or “AR”. With AR mode, a Pokemon appears on screen when in camera mode, so it feels as if you’ve caught a Pokemon in real life! How many times since the show came out, have you wished you could catch a Pokemon? 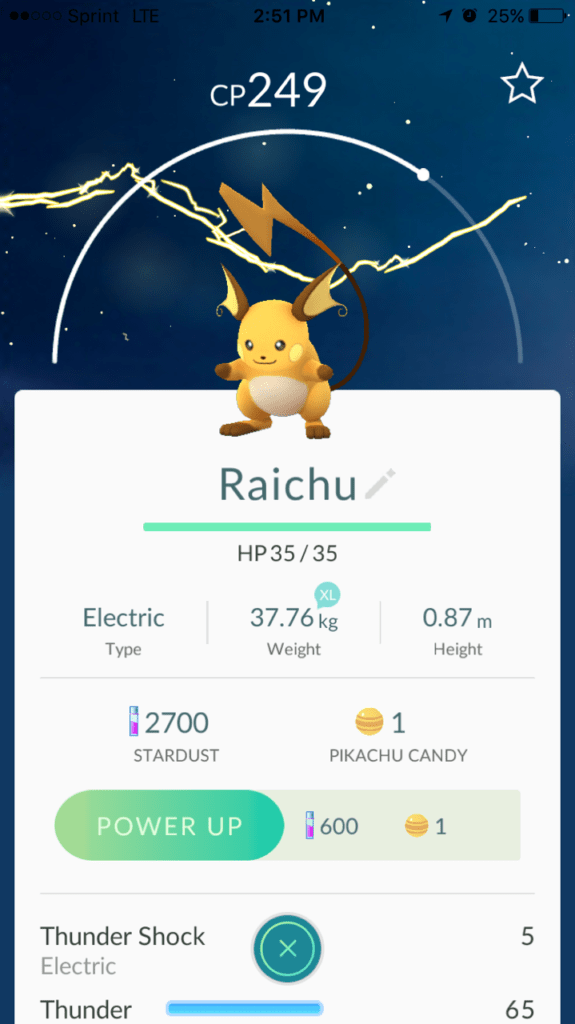 You’ve Caught A Pokemon….Now What?!?

After you catch a Pokemon, you can evolve the species by increasing its combat power level. For every Pokemon you catch, you get stardust and candy. The candy can only be used for the Pokemon that it came with. For example, if you were to catch a Pikachu, it comes with Pikachu candy, which can only be used on Pikachus.

The more candy you earn, the more your Pokémon can evolve. You need to catch duplicate Pokemon characters to earn more candy! In other words, to increase the combat power of a Rattata, you’ll need stardust and Rattata candy. For your Pokemon to evolve, you’ll need to use more of that Pokémon’s candies, which increases the CP of that Pokémon. TIP: Wait to evolve pokémon until you’re at least level 10 — the boost you receive in CP from evolution is based on your character level, the higher your level, the greater the gain.

Once you have gotten to level 5 you can enter gyms. this is where the real fun begins, now you will battle with other Pokémon. The first time you enter a gym, you must choose a team. There are three teams to choose from: Red Team Valor, Yellow Team Instinct, and Blue Team Mystic, each team has different traits and strengths.

So, what happens if you lose the battle and your Pokémon dies? You need potions and revives to heal your wounded Pokémon, these can be obtained at Pokestops.

What Is A Pokestop? 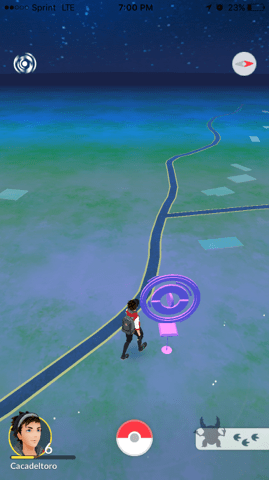 While you are out and about wandering around, you will run into pokéstops. Most pokéstops are at parks, libraries, fountains or other local landmarks. You must get close enough to a pokéstop to activate it. Once activated, the map icon will expand into a spinning pokéballs icon, the you tap on it to grab useful items, like pokéballs, potions, revives, and eggs .

In order to use the eggs, you have to make them hatch! Get ready to walk, because walking makes the eggs hatch, for some the distances are a short 2km and others are as long as 5km.

Still wondering what is Pokemon Go? Just think of it as an app that can increase your steps, get you outside, help you make new friends, and make time disappear! For a Beginner’s Guide to Pokemon check out USA Today.