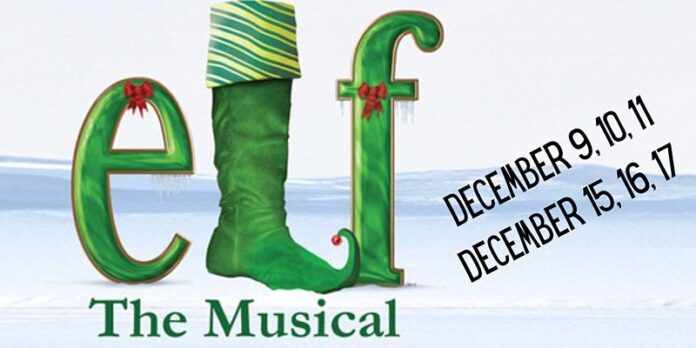 This student-led production is an example of how Village Tech Schools creates an active and immersive learning environment that empowers students to become creative, problem-solving leaders of character who are prepared to take on real-world challenges and opportunities.

Based on the beloved holiday film, this hilarious fish-out-of-water comedy follows Buddy the Elf in his quest to find his true identity.  Buddy, a young orphan, mistakenly crawls into Santa’s bag of gifts and is transported to the North Pole. The would-be elf is raised, unaware that he is actually a human until his enormous size and poor toy-making abilities cause him to face the truth.

With Santa’s permission, Buddy embarks on a journey to New York City to find his birth father and discover his true identity. Faced with the harsh realities that his father is on the naughty list and his half-brother doesn’t even believe in Santa, Buddy is determined to win over his new family and help New York remember the true meaning of Christmas.

“This production is completely student-designed, choreographed, directed, and produced,” said Elizabeth Podany, Director of Design and Innovation, Village Tech Schools. “We have 41 students, two casts, and one outstanding show. ”  This modern-day holiday classic is sure to make everyone embrace their inner elf. After all, the best way to spread Christmas Cheer is singing loud for all to hear.  “ELF the Musical” runs December 9th – 11th and the 15th – 17th.  To purchase tickets for the show visit www.villagetechschools.org.