The Local Farmer has deep roots in Mansfield, even though the locally sourced grocery won’t even open until Saturday.

Co-owner Caleb Back traces his family tree back generations in Mansfield.

“My family has been here since before Mansfield was called that,” Back said.

His family’s property was right behind his new store at 206 N. Main St.  And Back’s 199 acres of farmland are not far away on Newt Patterson Road. He and wife, Kayla, dug in and started growing their own food and enough to sell about five years ago. They started selling their squash, tomatoes, zucchini, peas, peppers, melons and okra at the Mansfield Farmers Market this year, but then came up with a more permanent plan, a brick-and-mortar store in downtown.

Peter Zile, Back’s best friend since their days at Mansfield High School, and Kaitlyn Cole pitched with ideas and hard work to turn the idea into The Local Farmer, a four-way partnership.

“The main thing we’re trying to do is have the Mansfield Farmers Market in a store,” Zile said. “When the farmers market shuts down, it’s done for the year.”

The Backs grow almost everything they eat, and still have plenty to sell, Kayla Back said.
“I haven’t really been to the store in a while,” she said.

The store will sell the Backs’ produce, along with salsas and jellies, plus produce from other local farmers, Kayla Back explained.

Supporting Farmers And Their Hard Work

“We want to recognize other farmers,” she said. “It’s a lot of hard work.”

The partners are ready to work even harder at The Local Farmer, planning to be open from 8 a.m.-9 p.m. daily, “unless we sell out,” said Zile, who also works as a licensed plumber, while Back is in construction.

“We’ll bring in new things on a daily basis,” Zile explained. “We also have a subscription box that we deliver to people’s homes.”

And everything is going to be local, Cole said.

“We want all Texas,” she said. “Texas people are proud.”

To keep the fruits and veggies coming, they’ll hit vendors at the Dallas Farmers Market, Back said.

“We ask ‘Where is this stuff from?’” Back said. “If they say, ‘Not Texas,’ we’re not really interested.”

The 950-square-foot store will also grow microgreens in racks on the wall, Back said, and get vegetables from a hydroponics farm near College Station.

They will also have soap, candles, elderberry and fire cider, butter, buttermilk, eggs, “anything that’s made locally,” Back said. The Local Farmer will even stock freeze-dried skittles and freeze-dried ice cream sandwiches made in Burleson.

“We want it to be a hometown grocery store,” Back said. “When you walk in, you feel like you’re in the Piggly Wiggly in Stephenville.”

And for those unable to stop in and shop, you can subscribe to their “Farmers Choice Box”. 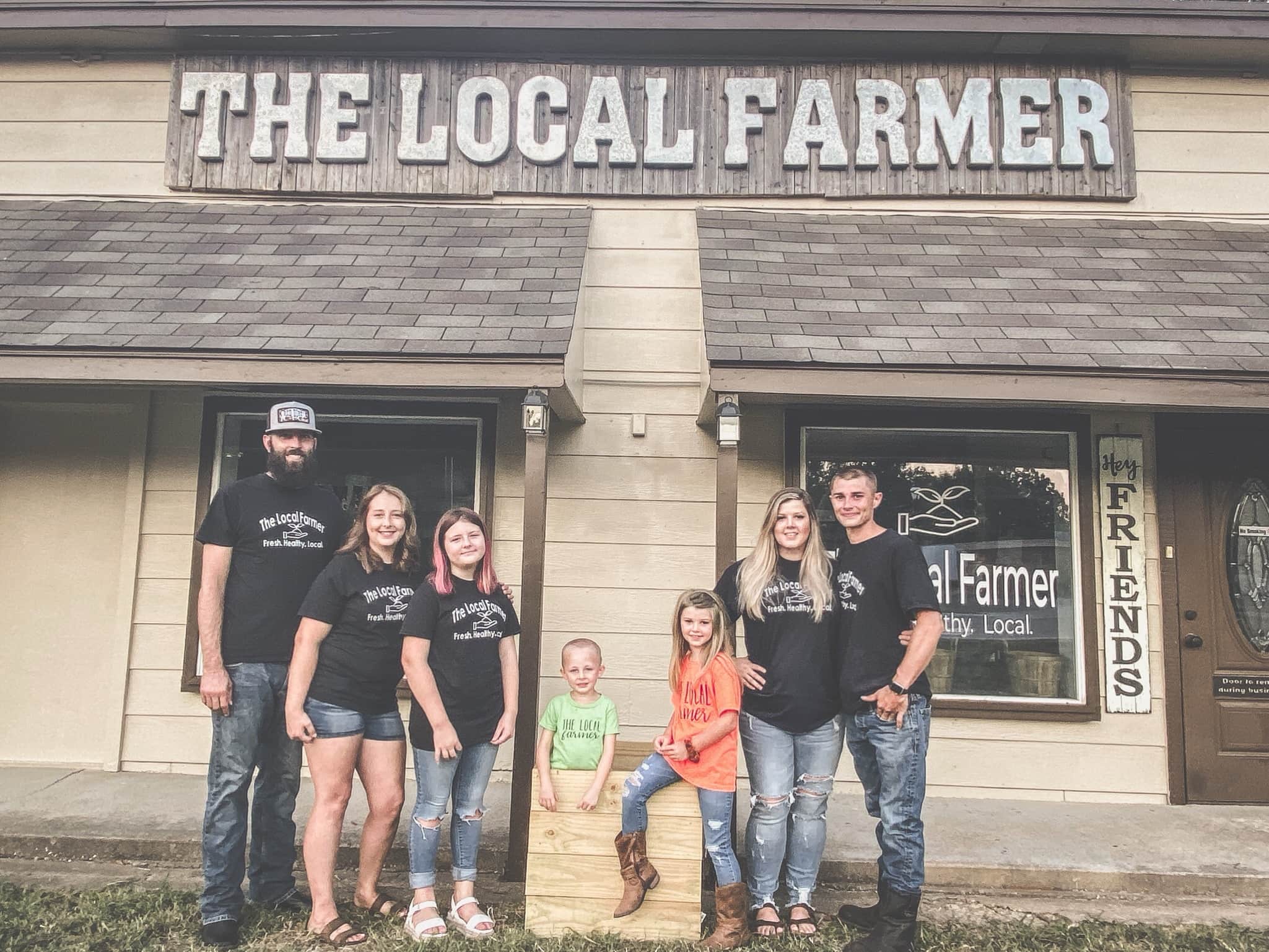