“The Broken Hearts Gallery” opens in theaters today. The TriStar Pictures film stars an effervescent Aussie actress, Geraldine Viswanathan as NYC art gallery assistant Lucy Gulliver. In the opening scenes of this very contemporary romantic comedy, Lucy is enamored with Max (Utkarsh Ambudkar). Most viewers will quickly see that he’s a narcissistic opportunist who will soon break her heart.

Lucy’s heart has been broken several times before, and her roommates (Molly Gordon and Phillipa Soo), finally confront her about all the souvenirs she’s hoarding in her room. Adding Max’s tie to the overflowing collection was apparently the final straw.

After breaking up with Max and being fired by art gallery owner Eve (Bernadette Peters), Lucy jumps into an SUV that she mistakes for her Uber ride. The driver is a charming boutique hotel owner, Nick (Dacre Montgomery). He feels sorry enough for the heartbroken Lucy—who lost both her boyfriend and her job at the same time—that he takes her home.

While visiting Nick at the hotel he’s remodeling with the help of his unpaid BFF (Arturo Castro), Lucy has an inspiration. The hotel’s lounge is the perfect space for her Broken Hearts Gallery, where others who suffer breakups can contribute souvenirs for the art exhibit. Nick reluctantly agrees to lease her the space in return for her help in decorating the hotel.

Of course, most of us in the audience have been rooting for easy-going, honest Nick and wild child Lucy to get together. It’s obvious they have feelings for each other, but both are too wary from their past entanglements to take the first step. While “The Broken Hearts Gallery” ending is slightly sappy, it should prove satisfying to all but the most cynical viewer. 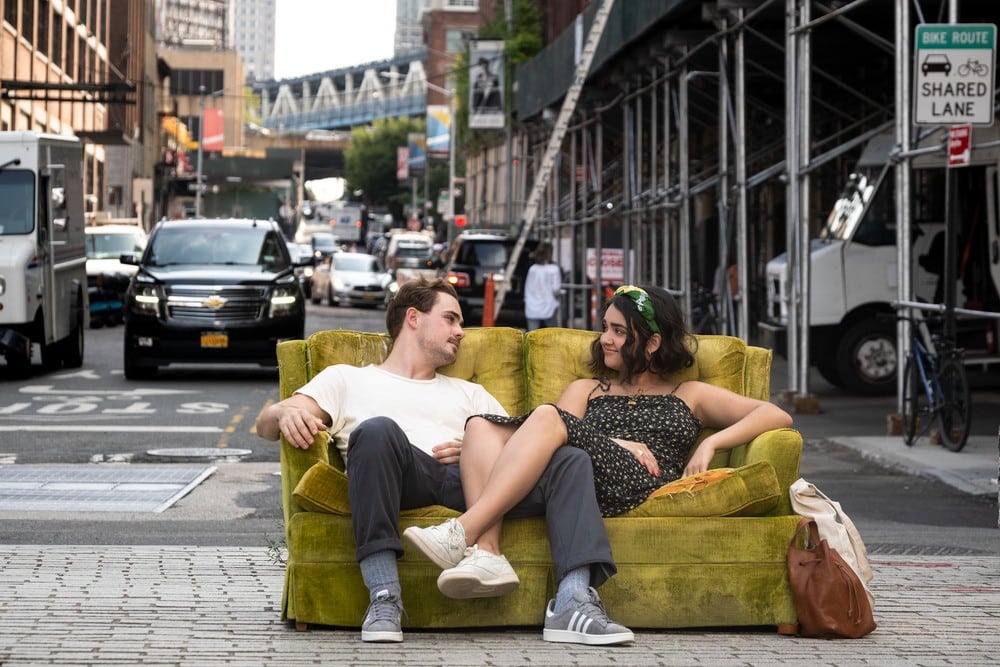 It made this viewer especially nostalgic to see scenes of crowded restaurants, galleries, and people enjoying themselves in New York City.