SOLSTICE: A New Holiday Adventure reunites playwright Jonathan Norton with composer Cherish Robinson (with contributions by Janielle Kastner) at Theatre Three. Stuart and Paulette are back in town for the holidays, directed by vickie washington with musical direction by Cherish Robinson. The musical adventure runs through Dec. 30 on the Norma Young Arena Stage.

Tickets range from $10-$50, and are on sale at Theatre3Dallas.com. Tickets can also be purchased by calling 214-871-3300 or in person at the Theatre Three Box Office, 2800 Routh Street in Dallas. Discounts including $3 off for seniors/military; $3 off each ticket for 10 or more in a group; and $5 off for KERA members with ID. Discounted student tickets sell for $10 each, with valid student ID. Student rush tickets for $5 each with valid ID are available if space remains 30 minutes prior to curtain.

Press information tells us “This ain’t the show you saw last year, so buckle up for a wild ride. Where a Cult just might find Christmas amid some off-label, prescription drug use. Follow Stuart and Paulette on a wild holiday adventure from North Park to Pleasant Grove and back. This is NOT your mother’s Christmas Carol. It’s your grandparent’s Solstice.”

“You could also title the show, ‘A Wild and Wacky Ride on the Longest Night of the Year,’” Director Vickie Washington joked. “Stuart and Paulette, everyone’s favorite characters from 2017’s Solstice, return for hijinks in the woods. It’s very different from last year’s show, and it’s set right here in Dallas. You’ll never believe what Jonathan Norton has pulled from his imagination for this script, but you definitely don’t want to miss it!” 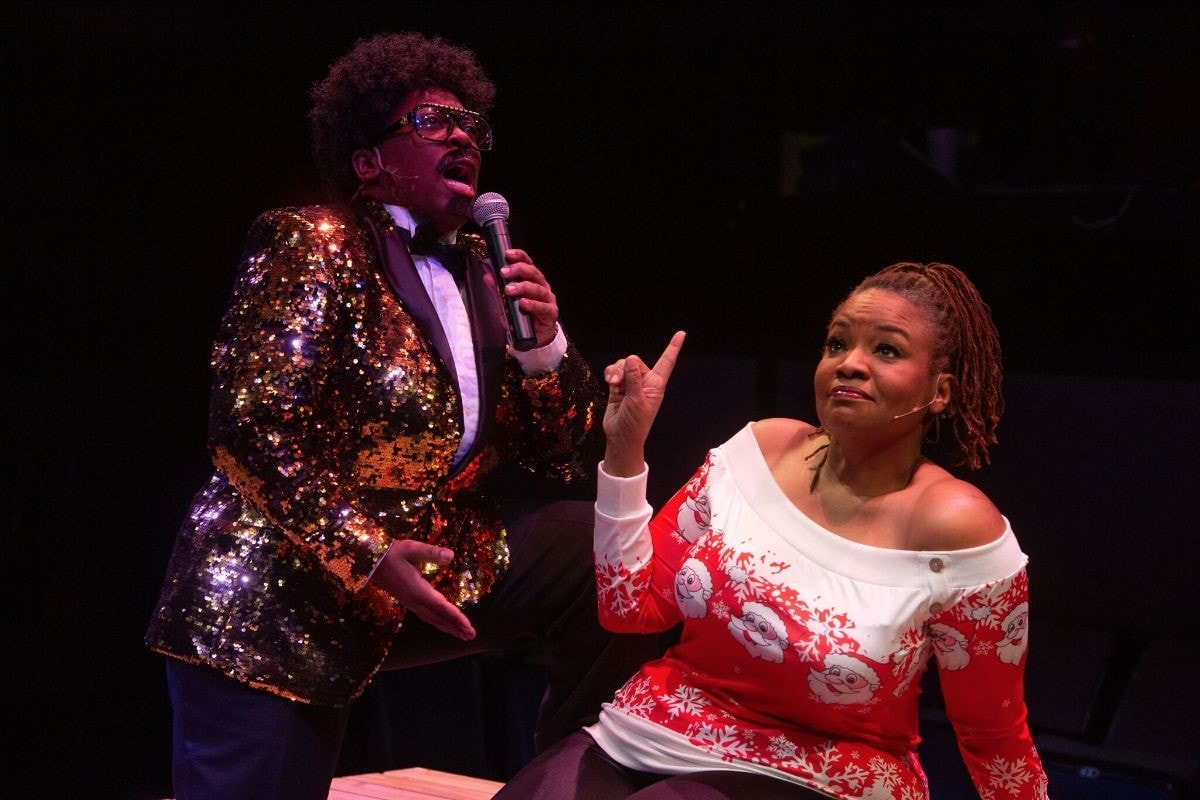