DUNCANVILLE—When the last down of the Cowboys game has been played and the carcass of the Thanksgiving bird has been discarded, the minds of millions across the country will turn the official start of the holiday shopping season.

While some larger conglomerates are literally opening on Thanksgiving as early as 8:00 p.m., other stores are opening at the crack of dawn at 6:00 a.m. on Black Friday.

However, while these megastores might be going crazy to attract customers, its also important to keep those local “mom and pop” businesses in mind when shopping this year for the holidays.

Small Business Saturday is an American shopping holiday held on the Saturday after Thanksgiving during one of the busiest shopping periods of the year. First celebrated on November 27, 2010, it is a counterpart to Black Friday and Cyber Monday, which feature big box retail and e-commerce stores respectively. By contrast, Small Business Saturday encourages holiday shoppers to patronize brick and mortar businesses that are small and local.

Steve Martin, President/CEO of the Duncanville Chamber of Commerce says “Basically, I just encourage folks to shop locally from our own city. Small local businesses are the largest employers nationally. The money that we spend closer to home with small businesses is magnified because they in turn spend money with other local businesses and service providers.”

In 2010 the holiday was conceived and promoted by American Express via a nationwide radio and television advertising campaign. That year Amex bought advertising inventory on Facebook, which it in turn gave to its small merchant account holders and also gave rebates to new customers to promote the event.

American Express publicized the initiative using social media, advertising, and public relations. At least 41 local politicians and many small business groups in the United States issued proclamations concerning the campaign, which generated more than one million Facebook “like” registrations and nearly 30,000 tweets under the Twitter hashtags #smallbusinesssaturday (which had existed since early 2010) and #smallbizsaturday.

Cinda Baxter, founder of The 3/50 Project, was national spokesperson for Small Business Saturday its first year.

The 3/50 Project encourages consumers to commit to spending $50 of their current monthly budgets with independently owned small businesses they care about.

Either way, the small businesses in the cities throughout the Best Southwest are looking to record black ink for their businesses this year too.

“Moms and Pops have continued to create a large number of retail jobs, even through the downturn while larger stores were laying people off–and in that sense, they serve as a community safety net.”

Brazill also notes however, that he sees the “Mom and Pop” stores are in decline. “As important as they are to the economic health of our communities, they are among the first to be hurt when the business climate–a slowing economy with growing red tape–turns bad.”

So with the holiday season Martin concludes “Local businesses are owned by people who live in this community and are more concerned with the community’s welfare and future and they donate more to civic groups and local charities.”

In other small business news, Monte Anderson and Options Real Estate have produced, and released, a short documentary about Main Street Duncanville and their work in creating a sustainable Duncanville.

The piece highlight the tenants of Main Station, both residential and business, businesses along Main Street, and the newest development at 111 E. Davis.

Monte Anderson also highlights other businesses in town that Options Real Estate has had a hand in bringing to Duncanville, especially those that directly impacts Main Street Duncanville.

In May 2012 the Texas Public Works Association (TPWA) has named the City of Duncanville the winner of this year’s Public Works Project of the Year Award, for the under $2 million category, for excellence in management and administration of the City’s N. Main Street Project. 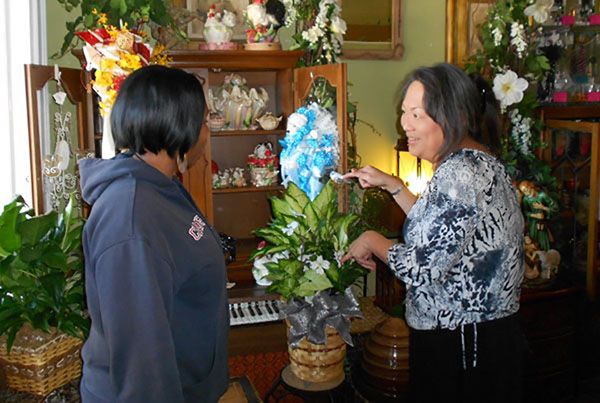