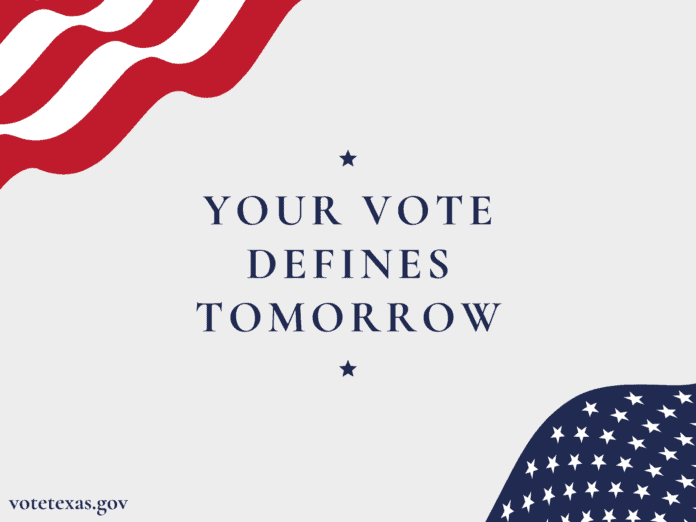 “As the first U.S. state to offer in-person Early Voting in 1988, Texas has a long and proud tradition of allowing voters to cast their ballot ahead of Election Day,” Secretary Scott said. “Starting February 14, registered Texas voters will have the opportunity to cast a ballot at any location in their county of residence, and I urge everyone who can to take advantage of the convenience of the early voting period to avoid crowds on Election Day. It’s also easy to remember – you can get out and vote early starting on Valentine’s Day!”

Registered and eligible voters may vote at ANY Early Voting location located in their county of residence. Early voting locations will be populated in the Texas Secretary of State’s “My Voter Portal” two days prior to the first day of early voting. Here, voters can enter their Name, County, Date of Birth and ZIP code to look up their registration information and find the nearest polling location.

Learn more about voting in person, what’s allowed in the polling place, voting by mail and Early Voting in Texas at www.votetexas.gov.