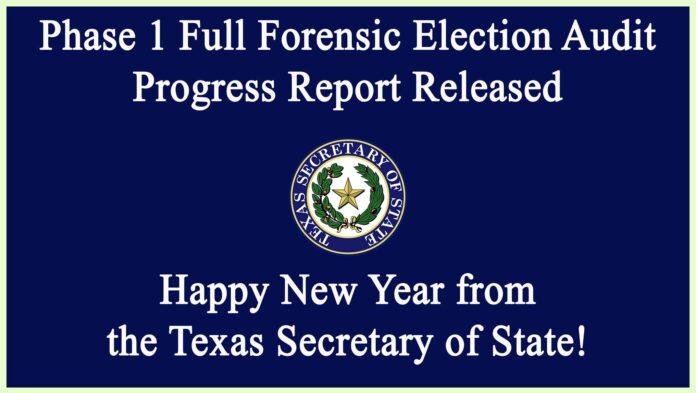 AUSTIN — Texas Secretary of State John Scott today released a progress report upon conclusion of Phase 1 of the state’s full forensic audit of the 2020 General Election. The report, which outlines initial findings regarding the security and integrity of Texas’ election systems in Collin, Dallas, Harris and Tarrant counties, shows that:

To the extent any information was not made available to the Texas Secretary of State’s office before the publication of this report, the SOS office will endeavor to include any outstanding data figures in the final forensic audit report released after the completion of Phase 2.